New Legislation Could Make it Easier to Purchase a Gun Silencer

New Legislation Could Make it Easier to Purchase a Gun Silencer 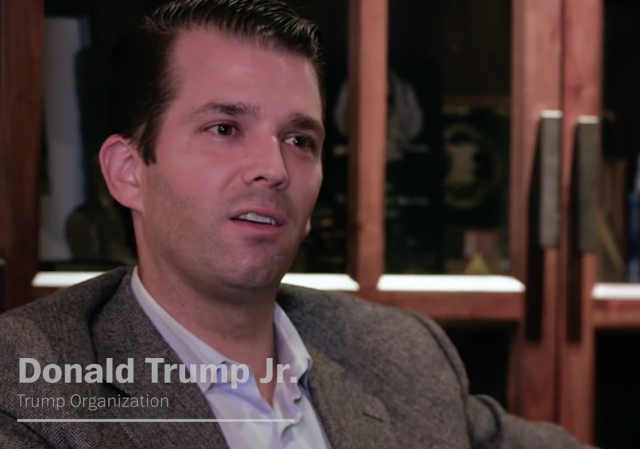 The federal government has strictly limited the sale of firearm silencers for as long as James Bond and big-screen gangsters have used them to discreetly shoot enemies between the eyes.

Now the gun industry, which for decades has complained about the restrictions, is pursuing new legislation to make silencers easier to buy, and a key backer is Donald Trump Jr., an avid hunter and the oldest son of the president-elect, who campaigned as a friend of the gun industry.

The legislation stalled in Congress last year. But with Republicans in charge of the House and Senate and the elder Trump moving into the White House, gun rights advocates are excited about its prospects this year.

They hope to position the bill the same way this time — not as a Second Amendment issue, but as a public-health effort to safeguard the eardrums of the nation’s 55 million gun owners. They even named it the Hearing Protection Act. It would end treating silencers as the same category as machine guns and grenades, thus eliminating a $200 tax and a nine-month approval process.

“It’s about safety,” Trump Jr. explained in a September video interview with the founder of SilencerCo, a Utah silencer manufacturer. “It’s a health issue, frankly.”

Good article Kemberlee, but I have a minor bone to pick: the items that would be removed from NFA status are suppressors not “silencers”. They lower the report of a firearm to levels less harmful to shooters and others in the vicinity, they do not silence the gun. This will give you an idea of what suppressors really do:

Logged in to say the same thing. Words matter. ARs are not assault rifles. Likewise suppressor is the technically correct word. There is practically no way to silence a gun.

No bias in the opening in the wapo article at all, nope. Everyone watching the gangsters movies knows you always walk up face to face to shoot them between the eyes. Everyone knows the only reason to own a suppressor is to murder people by shooting them between the eyes. The writer of the article should stick to writing underwear cleaning hints or underwater basket weaving tips. Even then I’m not sure they’d have a clue.
And they want me to believe their crap? Just no.

It should also be pointed out that the “gun industry” is not the prime mover in this; it is being pushed by gun owners who understand the real benefits that suppressors offer. Not only are they a boon for shooters – hearing aids are a common “accessory” for frequent shooters – they are a benefit for all those whose property borders outdoor shooting ranges, hunting areas, and rural properties in general.

I recently purchased a new* handgun from a gentleman that had his own range in the backyard. I shot about 20 rounds wondering why it seemed “different”… Well, duh, I had on eye protection but had neglected to put on my ear protection.

Loud. I’m all for suppressors. The stupid gun laws are just that, stupid.

*new to me, slightly used