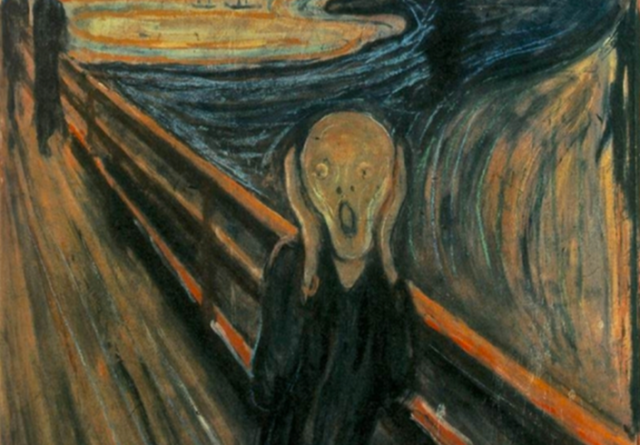 Over the course of the general election campaign, Hollywood’s celebrities donated money, time, and sometimes questionable talent to elect Hillary Clinton as President.

After Donald Trump’s victory, there were a stream of celebrity videos deriding the electoral college, trying to sway electors from formalizing the Nov. 8th results, patting themselves on the back for surviving, and dramatically swearing the Oath to the U.S. Constitution. All of this drama has had zero net effect… so far.

As Donald Trump reviews how to effectively cut the bloated U.S. budget, it is being reported that he is weighing approval of elimination of two cultural institutions that have been are the bane of many conservatives (or those who enjoy art with class, taste, and dignity).

Staffers for the Trump transition team have been meeting with career staff at the White House ahead of Friday’s presidential inauguration to outline their plans for shrinking the federal bureaucracy, The Hill has learned.

The changes they propose are dramatic.

Overall, the blueprint being used by Trump’s team would reduce federal spending by $10.5 trillion over 10 years.

While Hollywood’s entertainers were cheering on the Democrats, they forgot that pens also work for Republicans, too. They are now slamming Trump for the proposals.

Tim Daly, who plays Henry McCord on CBS’ “Madam Secretary,” called it a “huge mistake” to strip funding from an organization that provides grants for art programs across the country.

Daly said the move would mostly impact the smallest cities and communities that otherwise wouldn’t have access to the arts.

“The very people, actually, who voted for him,” said Daly, president of the Creative Coalition, which hosted the event.

Most probably not, the people who voted for Trump are not likely to appreciate the kinds of art that the NEA has funded.

In 2012, the NEA published How the US Funds the Arts, intended in part to demonstrate how backwards we are compared to other nations. For performing art groups, only 1.2% of revenues came from the Federal government. And performing art groups, by their cooperative nature, are more likely to need crowdsourcing of some kind than are visual artists.

“Ken and Tyler,” 1985, by Robert Mapplethorpe, is NOT the piece that caused an outcry after being purchased by the NEA. That was his self-portrait with a bullwhip, and you can look it up yourself.

The problem with the NEA giving $30,000 to the Institute of Contemporary Photography to buy violent and homoerotic images by Robert Mapplethorpe wasn’t just the content; it was that Mapplethorpe was already a successful artist. That money didn’t go toward making new art; it went to collecting the work of a recently-dead artist, which was really about investment, not about developing new art.

Giving Andres Serrano a $15,000 award for Piss Christ not only offended the taxpayers; it set in stone the idea that we should have rules about paying for the stuff. This, falsely labelled ‘censorship’, paradoxically gave offensive art more power than it ought to have had. It’s now thirty years later and we’re still dealing with the flashback.

Besides, Tim: What is to stop celebrities from donating support the arts for all the little people they say they are so concerned about? Or even N.P.R, if they are so interested in saving that institution?

If Madonna had used her talents to organize a concert, and donated those proceeds to support dance troupes across the nation, she would be in far less trouble with the Secret Service. She would also not be a laughing stock today (or maybe nos such a big one).

I assert that Trump is actually doing our entertainers a favor: If our celebrities avoid insulting regular Americans politically, chances are they will have more success. He is giving the them opportunity to redirect their increased funds in ways that make a real difference.

The elitist, smug NPR readers going against other private radio stations? Say it ain’t true! Why, maybe they could hire a Limbaugh, or Wilkow or Whittle to counteract the habitual leftist slant.

I freely admit there are some NPR shows I like (Thistle and Shamrock especially), but it’s really hard to make the case that Government has to fund Rich White People’s radio programs.

If all these “artists” want others to fund their “artwork,” there’s this website called Patreon.

No need to continue to fleece the taxpaying public to subsidize their crap – let them find their own suckers. If they can’t get anyone to fund them from their own pocket, they can take a hint and quit pushing garbage that no one wants.

It really is that simple.

No matter who is in charge, government run media is dangerous.

Can we keep the gratuitous nudity?

Oh, and abortion rites, exquisite works of art in the surreal genre. Keep up the good intentions.

Daly does have a valid point concerning smaller communities. Many have regional theaters that depend on financial support from state-level arts agencies (which derive some portion of their funding, in turn, from the NEA). And most run on a shoestring budget, even with the grants.

In addition, those community organizations, in many cases, provide the only opportunities for school-aged children and teens to participate in such projects.

Funding in order to enable a community to give its members the opportunity to see or participate in ‘My Fair Lady’ is a far cry from funding in order to fatten the wallet of some self-obsessed “artist” who attempts to pass homoerotic garbage off as original art. I’d just as soon not see the baby thrown out with the bathwater on this issue.

During the Baronial Era, they were largely the only people who had the capacity to patronize the arts.

The development of a free market system increasingly made for a middle class that also had the wherewithal to spend on art, vastly exploding the potential market for artists to enjoy and benefit from. That never relieved artists from producing art that people would actually volunteer to pay for with their expanded but still limited resources.

The new barons of centralized government, like their counterparts of old, took the wealth of others to use for themselves, and often for work they knew perfectly well would never find a market where voluntary exchange was the rule. This only really flourished in the FDR years, though it had started under Wilson, and in true Big Brother fashion.

There is no Constitutional excuse or permission for federal funding of the arts. There never has been.

Rags – finally, one of your comments that I am ok with – I also think that those who like art should pay for the art. I buy local artists work, whether it is photos, glass, paintings, concerts, shows, etc.

In my city, we have a public arts program, but the art is paid via half from the city arts council and half from the sponsor. The art is amazing and all around the city. I am only aware of one piece of art being moved – while sitting at a very long light, you were looking at the rear end of an animal. The animal was relocated to a spot where the waiting commuters can look at the front of it and not the rear end! I think there are about 190 art installations around the city.

This is the path to small government. It is very attractive to actual tax payers.

As someone who gets big chunks of my pay deducted for federal taxes AND pays in quarterly prepayments on top of that, I LOVE where this is going.

Now about that debt….

Here’s its replacement. End it today.

My small town which is near a large state university prides itself on being artsy and lots of “art” is popping up on county owned property. I don’t know if the NEA has anything to do with it but I resent any tax money being spent on this stuff. I think that if artists can’t produce art which sells, they need another job. After all, Leonardo and Mozart had to find patrons.

Please see my comment above… I live in a city that have a art program, but the sponsor pays for half of the installation, but the city owns and takes care of the art. It is nice to see art around the city and a lot of it is in front of a business that has an interest in it.

My favorite is a sculpture of an older man on a swing with a young child on his lap. It is in front of a senior/memory center.

The key point is that it is local. If I decide that it is a waste of time and money, then I have fewer layers to deal with to stop the program. I just need to get enough other people to agree with me, but the number is under 100,000 and not 300,000,000+. It makes a difference.

I’d take the funds and put it into anti poverty programs just for s**** and giggles as the left would have to come up with some stupid argument to take from the poor to give to the rich.
Anything they came up with I’d counter with how rich Hollywood actors are and that they could fund the program with ease out of their own pockets.
Best.Election.Evah!

You have great idea. But the left never has a problem finding ways and means to rob the poor to give to their “worthy” rich backers. And the MSM will provide plenty of cover.