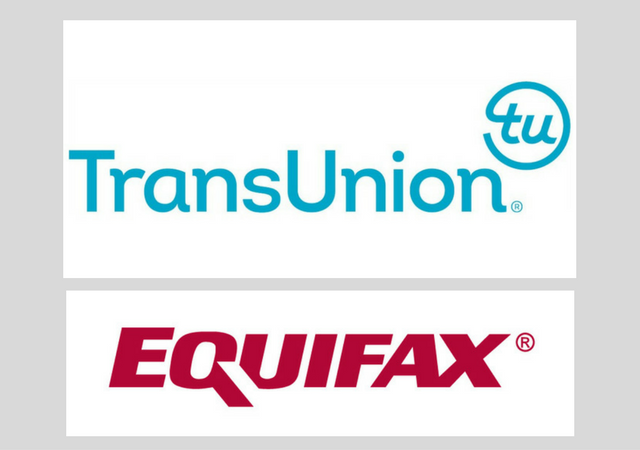 After a lengthy investigation, the Consumer Financial Protection Bureau reports that two of the three major credit reporting agencies have deceived consumers.

Both Equifax and Transunion were dinged for deceit and also for taking advantage of consumers. The agencies were fined over $23 million.

In their investigation, the Bureau found that the two agencies had been misrepresenting the scores provided to consumers, telling them that the score reports they received were the same reports that lenders and businesses received, when, in fact, they were not. The investigation also found problems with the way the agencies advertised their products, using promotions that suggested that their credit reports were either free or cost only $1. According to the CFPB the agencies did not properly disclose that after a trial of seven to 30 days, individuals would be enrolled in a full-price subscription, which could total $16 or more per month. The Bureau also found Equifax to be in violation of the Fair Credit Reporting Act, which states that the agencies must provide one free report every 12 months made available at a central site. Before viewing their free report, consumers were forced to view advertisements for Equifax, which is prohibited by law.

These agencies—along with a third, Experian—make up the nation’s credit-reporting industry, and, as such, they wield a significant and unique influence over America’s’ financial health. Many lenders use only the data from these providers to determine whether someone can get a loan and how much interests he will pay. “Credit scores are central to a consumer’s financial life and people deserve honest and accurate information about them,” said CFPB Director Richard Cordray in a statement. Credit-reporting agencies keep track of an individual’s overall debt picture, how much credit they have access to, and how frequently payments are late, among other things. They then assign a score ranging from 300 to 850, which is consulted before one rents an apartment, gets a loan, opens a credit card, buys a car, or even gets a cellphone.*

Much of an individual’s ability to improve his or her finances is predicated on his or her ability to maintain a high credit score. To do that, he or she needs to be able to see accurate credit reports that reflect the information that lenders see when they assess them. The actions of Equifax and Transunion prevented that. And that’s especially troubling because the American credit system is a reinforcing cycle. Good credit often comes from having enough money to pay bills off in a timely manner, which raises one’s score and provides access to more credit at better interest rates. That can amount to tens of thousands of dollars in savings on mortgages, business loans, and credit- card interest. And having good credit means that a person’s score can sustain the decline that comes with lender inquiries for new credit cards or loans, which then gives them access to more credit—and raises their score once again. For Americans with bad credit and little income, the system works in exactly the opposite manner, and leaves people relegated to pricey and predatory options for basic financial needs.

Imagine how much money inaccurate scores have costs consumers. As The Atlantic pointed out, credit scores affect lender interest rates. Something as seemingly small as a two-percentage-point increase or decrease could amount to thousands of dollars.

Both companies will also modify their marketing practices. Among the changes, they will obtain customers’ consent to enroll them in services in which fees begin after free trials and make it easier for them to cancel services they do not want.

The bureau said the wrongful conduct had violated the Dodd-Frank financial-reform law and had occurred at TransUnion since July 2011 and at Equifax between July 2011 and March 2014.

Many lenders rely on credit scores from TransUnion, Equifax and their rival Experian when lending money.

But TransUnion and Equifax falsely represented the credit scores they sold to consumers as being the same scores that lenders used, the Consumer Financial Protection Bureau said.

Credit bureaus: impervious to correction from customers wronged by big companies…. If the big company says it, it must be true. Not.

You are exactly right. Credit companies work for the collection companies. The consumer must pay for a lawyer to get any satisfaction and that isn’t a given.

Fascinating… this deception about the bureaus credit scores was the core issue of the lawsuit between Fair Isaac (now FICO) and the bureaus 8-10 years ago. FICO originally built the predictive modeling approach (analytic scorecards) used to deliver the FICO score from each of the three bureaus… they essentially taught the bureaus how to make their raw data more valuable to everyone by applying analytics to the data. Eventually the bureaus got tired of paying FICO and teamed together to build their own “Vantage” score and tried to force FICO out of the market. The bureaus forced their scores down the consumer’s throats but the lenders by-and-large stayed with the FICO score. FICO sued but lost. Now the CFPB is fining the bureaus for some of the same things FICO alleged they were damaged by.

Well, isn’t that convenient. Dodd and Frank, of the venerable firm of Dewey, Cheatum, & Howe.

The same two crooked miscreants who fought tooth and nail against audits of the institutions which poisoned the loan business with bum mortgages, triggering the financial crisis eight years ago, and whose machinations might finally be subject to some serious examination now that the Dems can’t block any attempt to do so.

I have excellent credit and when I received a report that told me that my credit needed to be improved I went to Equifax’s site. It turns out that by paying off my American Express card every month with no interest charges, this turns out to be bad for my credit! They told me that since I was paying off the charges with no interest, I had not shown the ability to manage a credit card and make payments on time! They also told me that I had too many credit cards and that made me a higher risk! Since I pay off any card I use at the end of the month how could that be bad? This is a gimmick and nothing more.

Paying off your cards each month does not reduce your credit score, it’s actually the opposite. Showing a history of using the credit and paying it off increases your score.

Having a lot of cards will decrease your score. The score is a measure of repayment risk. If you have a higher “line of credit” through lots of cards, your potential to get overextended is higher. It doesn’t mean YOU will, it just means that statistically, across a large group of people, those with higher credit limits pose a higher risk of non-repayment.

This article in the Atlantic is just a per-emptive strike against the Republicans who want to abolish the unconstitutional CFPB.

Credit scores should be seen for what they are – a metric of how desirable you are as a creditor. Paying your bills is part of that, but a larger part is whether or not issuing you credit will be profitable. If the answer is no, then your cost of borrowing goes up. That’s it. That’s the whole racket. It is not a proxy for whether or not you are a responsible person, a good person or anything of the kind.

First there is no one FICO score. Not even from a single bureau. There are currently 5 versions of FICO in use today. FICO 98, FICO 04, FICO NextGen, FICO 08, and FICO v9. And that doesn’t include the various industry specific variants (Auto, Mortgage, Credit Card, etc).

This ruling would be like declaring Chrysler mislead consumers for marketing the 200 as “The one used by Car Rental companies” because Hertz and Avis have cars other than the 200 on the lot.

Hell, a single lender could use FICO 04 (EFX, XPN) or FICO 98 (TU) for mortgages (because the GSEs require it), FICO Next Gen for Home Equity, FICO v9 for Credit Card, and FICO 08 AUTO for vehicle lending. Marketing any one of those scores as “the same FICO used by lenders” is, in fact, true. It does not appear as either bureau declared that it was the *only* FICO used by lenders.

There’s also no guarantee that the lender uses any particular bureau. For mortgages the GSE require all 3, but for anything else the lender could choose to only source scores from one bureau, or set up a preference by geography or product.

And that doesn’t even address that each bureau has slightly different data to calculate the score from or that they might calculate the inputs different ways. Do you count a deferred student loan as an open trade? The borrower isn’t making payments so should they get the credit as if it were for “Number of Satisfactory Trades”? One might include it and another may not.

The models work in the aggregate. Someone who pays off a CC every month may be safer than one who carries a balance, but someone who never uses that card and still maintains the line is one emergency from a large loss for the creditor. Both show up as 0% utilization. But those who maintain small <10% utilization are consistently known for making the payment because those customers have repeated *experience* paying credit. So yes, a 0% utilization lowers the score, but not into "bad" territory just "not maximum".

But no credit scores do not account for profitability. Only for repayment risk. Those who pay off every month are generally safe, but horribly unprofitable. Those who are perpetually 30 days late (but never role 60 days late) score low, but are highly profitable.

23 Million dollar fine! OMG, just Wow! Let’s see that would translate into about, what, $1.50 for a normal person? So much for fines being a deterrent, lol.

Want to know who’s got the worst credit score in this room? That would be me! The hubby and I have not had a credit card of any type for over 25 years. We paid off our mortgage and one business loan several years early. We paid cash for our retirement home, all of our vehicles and our children’s college tuition and expenses.

It’s not as easy as it sounds and requires a lot of savings discipline. Then, there’s weeks where we’ve got $10 in our pocket between the two of us and make it all the way to the bottom of the freezer. But you learn to be creative and you learn the differences between needs and wants.

The best part is waking up every morning and not owing anyone in the world a dime.

I clicked through to comment…if you’re a Dave Ramsey follower this is all a bunch of non news.

Shunning all debt of any kind is pretty easy. If you don’t have money, don’t buy it. Aside from catastrophic medical situations there is no reason any person should take on debt.

The average Dave Ramsey follower pays off everything including the house in 7 years. If you keep your foot on the gas after that, it takes just under a decade to accumulate the first million (on top of the house you own). That part takes some will power.

The strange part about taking this debt free path is you start to see people who take on student loans, car loans, boat loans and buying ginormous houses that will never be paid off as drug addicts who won’t admit they have a problem.

It’s Cordray and the CFPB. You believe them?!