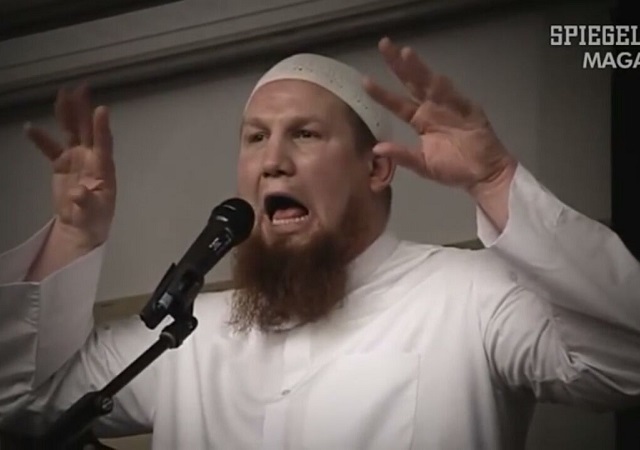 Nearly a month after the Berlin Christmas market attack that killed 12 people and injuring 48 others, local authorities are moving in to close a Berlin mosque linked to the assailant. Tunisian asylum-seeker Anis Amri, who drove a lorry loaded with 20 tonnes of steel beams into a busy Christmas market, had frequented the inner-city mosque. According to German intelligence agency, the “Fussilat Mosque” is known to be a popular hangout for ISIS sympathisers.

As far as last month’s terrorist attack goes, Merkel government and local authorities have a lot to answer for. More than 40 German agencies “worked” on Amri’s case before he carried out the massacre in Berlin. Security agencies failed to stop the Tunisian-born terrorist despite having him on their radar for years. The known ISIS-sympathiser received welfare payments and was allowed to stay in the country despite a deportation order. And despite a EU-wide manhunt, Amri evaded authorities — travelling through 5 countries in 5 days — before he was killed by the Italian police in a shootout.

Mosques in Germany have a long track record of preaching Islamist ideology and aiding Jihadi outfits. Out of 2,800 mosques operating in Germany, 900 work under the supervision of Turkey’s Islamist regime. Saudi Arabia and Gulf Arab States have also been funding German mosques to spread their radical Wahhabi version of Islam. German broadcaster RBB reports:

The “Fussilet” mosque in Moabit [district] had long been under the scanner of investigators. Since it became known that Berlin attacker Anis Amri also attended that place, steps are now being taken to impose a ban.

Authorities in Berlin want to push ahead with the closure of the mosque association “Fussilet 33”. The motion to ban the mosque will be set in place by the end of January, State Secretary for Internal Affairs, Torsten Akmann said on Monday at the Home Affairs Committee of the State Assembly. Currently the work was being done at “full speed” to prepare the motion.

In a recent report by the Berlin’s domestic intelligence agency, the mosque association “Fussilet 33” has been described as a hangout for Islamists. Muslim, mostly from Turkey and Caucasian region, have reportedly been radicalised to join military efforts of the “Islamic State” in Syria and Iraq. Illegal smuggling of people is also said to have been organised from the place. [Author’s translation]

Berlin’s knee-jerk response to clampdown on a particular mosque would not tackle Germany’s problem of rising Islamism.

However, in an election year, the government wants to be seen as taking people’s fears and concerns seriously. Otherwise, it probably would have been business as usual in Merkel’s Germany.

Just a week before a “refugee” carried out the Christmas market massacre in Berlin, the city’s socialist Mayor Michael Müller had called for mass-migration into Europe. “We can talk more refugees,” Müller said last month. “As a metropolis of affluent North Europe, like other besides us, we can take in more refugees and offer them protection.” But Müller didn’t say how he was going to protect the law abiding citizens from these “refugees”.

Politicians like Berlin’s socialist mayor have devised laws and policies for years that have turned Germany into a sanctuary for illegal migrants like the Christmas market attacker: importing Jihad into Germany in the first place.

Restoring border controls and deporting Islamist migrants would be a more effective way to start. Recognising the underlying theology that drives Islamism would be another way to start tackling the issue. But shutting down one mosque, where others will mushroom in its place, is a political hogwash made to fool German voters in an election year.

As Obamacare deception counted on “stupid” Americans —  as Obama operative Jonathan Gruber put it — Markel’s deception too presupposes that very stupidity in ordinary Germans. German voters have time till September to see through this media and political smokescreen. The future of Continental Europe depends on it.

How long until they back down after being called “Islamophobic”?

I think this is what you call closing the barn door after the horses get out.

Too little, too late

How many jihadis are they deporting after “shutting down” this mosque?

No point playing Muslim Terrorist ‘whack-a-mole’, chasing them out of one spot just to have them appear somewhere else nearby.

In a great irony, Merkel will be remembered as the Neville Chamberlain of Germany.