Stolen from the hospital, reunited with her mother. 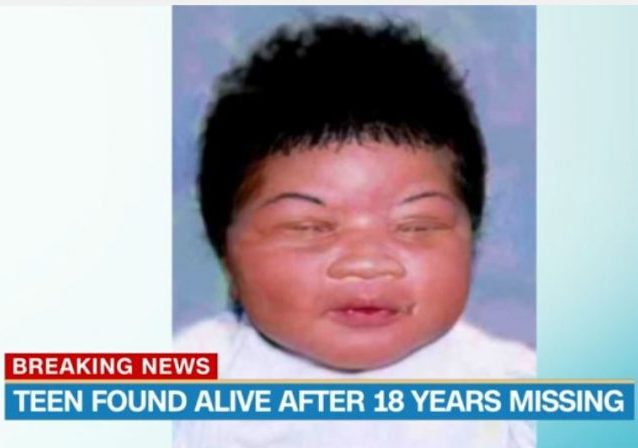 Do you believe in miracles?

For most of her life, the young woman born Kamiyah Mobley has lived under another name.

A neighbor in Walterboro, South Carolina, described her as a typical 18-year-old who resided with the woman she long believed to be her mother.

Mobley and the woman often got their nails done together, according to the neighbor, who asked not to be identified. The teenager graduated from high school and had a steady boyfriend.

But DNA tests this week revealed that Mobley was abducted from a Florida hospital in July 1998 by a woman posing as a nurse, Jacksonville Sheriff Mike Williams said Friday. Law enforcement has not released the name she has been living under.

She was found this week in South Carolina, where authorities arrested Gloria Williams, 51.