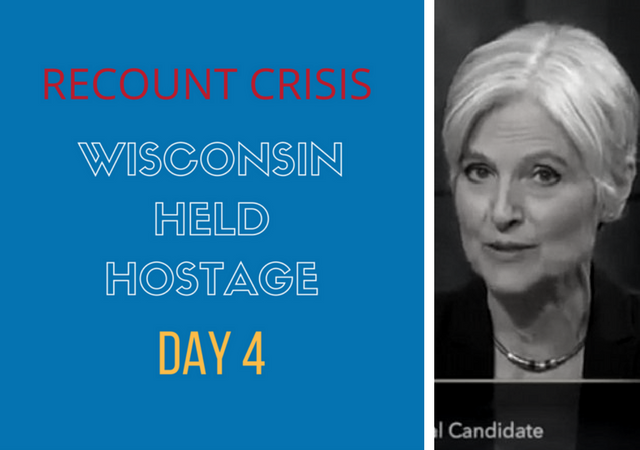 It is still hard to determine exactly how many votes have changed in Wisconsin’s presidential recount based upon the Wisconsin Elections Commission spreadsheet posted Saturday night, but so far the answer seems to be not enough to change the election.

Milwaukee’s totals are still missing the absentee ballot counts. So comparing partial recount totals to election night totals does not accurately reflect any changes in the count for one candidate over another. The WEC says, “Milwaukee counts its absentee ballots centrally (not at the polling place) on Election Night. When those absentee ballots have been counted the numbers will be updated.”

Other changes in the spreadsheet were one vote or less per reporting unit that has been completely recounted. Because those changes amount to at most a few hundred votes, Donald Trump’s 27,000 vote lead over Hilary Clinton does not appear to be in jeopardy.

So far, the WI recount has produced a difference from Election Night of 0.0264%. Similar to all other recounts since 2000.

If Jill Stein was hoping to prove the integrity of our election process as she claims, then I’d say she’s the results thus far speak for themselves.

The Sad Truth: The Cost Of Stein/Clinton's #Wisconsin Vote Recount Could Have Saved At Least 5,000 Children's Lives https://t.co/sMNQJDfppt

Call it like it is: “The Coup Attempt Continues!”

What if the endgame was not to invalidate the election? If Stein shows no illregularities, then when the push comes to require photo identification
count on the libs to point these results are valid and no changes are necessary.

Really?
I thought that what is being done is counting the ballots, to ensure that they were properly counted the first time around.
I’m not aware of this process including a check of the bona fides of the people who submitted the ballots.

Well gee Rick if the objective is to make sure that all the ballots were counted properly the first time why didn’t Dr Stein request recounts in NH and MN?

It appears that in addition to your self-confessed insanity, you have a reading comprehension problem. Or maybe you simply cannot read a comment in context.

Good idea and let’s redo CA and NEV and check validity while we are at it.

We’ll, she told Chris Wallace that it was because New Hampshire’s recount deadline is passed … which is odd because that logic apparently didn’t apply to Pennsylvania.

Doesn’t work. They’re only auditing the counting process, not the validity of the voters.

Perchance it was already dry, but to this livestream’s credit, you get to a double-feature of the ballot-counting process AND a massive set of painted walls. What’s not to like?

A recount of this sort doesn’t check or verify much. It’s analogous to a store inventory which checks what’s on the shelves and in the stockroom, but doesn’t determine if the missing stock was shoplifted or sold, whether the cashier has her hand in the till or their accountant is robbing them blind, or verify that the goods are genuine and not knock-offs or counterfeits.

This is verification of the vote count; it is not an investigation of the integrity of the entire voting process. But even confined to this relatively trivial portion of the operation, cracks are appearing, most obviously the fact that it doesn’t handle a recount of mail-in votes in any useful way.

The real danger is that a “recount” is where the Al Franken Effect is most likely to appear. It allows the losing party to concentrate its fake votes where they’re needed, without wasting them where they’re not.

And, just as a point of (not much) interest, there is a paint which is almost interesting to watch dry. Rust-Oleum “Hammered” finish, which fizzes and bubbles something fierce when brushed or sprayed, as it forms the texture of the finish. Not quite worth the price of admission, but still a spirited performance.

I would say it is like a store that had just finished an inventory of checking what’s on the shelves. A supervisor looks at the inventory results and is not happy with what he sees so he directs the employees to take the inventory sheets and add up the numbers again to see if they come up with something he likes. And further, he tells them to keep on doing it until they come up with the number he’s looking for. Eventually one of the employees takes a pencil and changes the numbers on the sheets and comes up with a figure that is acceptable to the supervisor.

Ever notice how high Dr. STEIN’S cheekbones are?

Her cheekbones are a lot higher than they were two years ago. I would say she has had work done.

It’s like checking to see if your calculator battery is still working. By the way, calculators are more accurate than humans so what is really going on here? Did Clinton’s people forge a bunch of absentee ballots that need to be counted by hand?

To paraphrase Bubba in a TV debate with Robert Dole: A recount never fed a hungry child.

If Stein really wanted to show the integrity of the voting system then California would have been the state to start in. They have the highest percentage of illegals in the country plus many sanctuary cities that allow them to vote. I can imagine Trump’s statement of “Millions of illegals voting” to be proven by such a move.