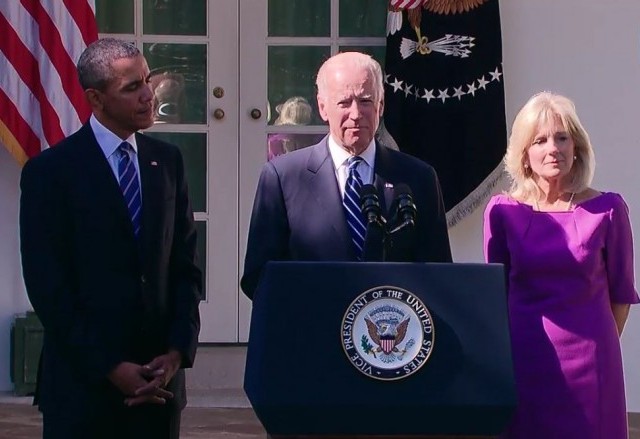 Maybe! After an emotional return to the Senate, a reporter asked Vice President Joe Biden if he will run in 2020:

CNN asked him jokingly if he planned to run for office again.

When asked by reporters for what position, Biden responded, “For president. What the hell, man.”

When Biden was told by the media they were planning to publish his quotes, the vice president responded, “That’s okay.”

“No, I’ve enjoyed every minutes of my time here in the Senate. It’s a great feeling to come back. I love this place.”

Biden spent 36 years in the Senate representing Delaware. He ran for president in 1988 and 2008, but lost in the primary. He chose not to run in 2016 after his son Beau Biden passed away: