Thatcher Nods: Dems Ran Out of Other People’s Money

Thatcher Nods: Dems Ran Out of Other People’s Money

In Desperate Need of ‘New Ideas,’ What Do Dems Have Other than the Redistribution of Wealth? 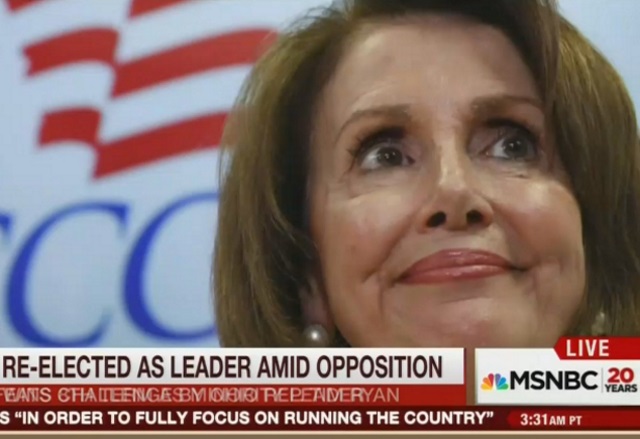 Margaret Thatcher once famously said that “the problem with socialism is that you eventually run out of other people’s money.” Is that what’s happened to the Democratic party?

Morning Joe devoted a navel-gazing segment today to the question of where Dems go from here given their loss of the presidency, their failure to take back either house of congress, and their hemorrhaging of governorships and hundreds of state-legislature seats. There was consensus that Nancy Pelosi and her septuagenarian cohort in the Dem leadership were past their sell-by dates.

But the bigger problem that was posed was the lack of a Dem agenda, and the suggestion that the Dems need to come up with “new ideas.” One Dem panelist claimed “we do have some of those” ideas, but neither he nor anyone else could describe them in any detail. And therein lies the looming disaster for the Dems.

Back to running out of other people’s money: it could be said that is exactly what has happened to the Democrats. Their soft socialism, based on the redistribution of wealth—other people’s money—has manifestly failed. And what “new” ideas could the Dems have, other than those based on redistribution? They are reduced almost exclusively to identify politics and the social issues.

So what possible solution is there to save the Dem party? Clearly, its strategy has been to import millions of new voters, and to legalize millions more already here, in the hope that at least for a generation or so they will fall for the Dems’ pitch. But if Trump succeeds with the fundamental thrust of his campaign—controlling immigration—that last Dem lifeline would be cut off.

HAROLD FORD, JR.: Age is not as much of an issue as the fact that there seems to be a dearth of an agenda. We lost this race. And there are some people that say we lost seats in the House and we didn’t win Senate races and we lost the presidential race because of a tactics game, that somehow or another we didn’t get enough people out to vote, and we clearly didn’t.

But the core of any get out the vote effort is an inspiring message. Is an inspiring agenda. And we lack that now . . . Tim [Ryan, Pelosi challenger] and others in the congress are going to have to not only rally around themselves but they have to rally around a message and an agenda and I hope that Democrats understand that we’re not going to defeat Donald Trump or we’re not going to beat back Republican proposals by just saying no and by yelling and screaming. If we don’t offer substantive, real proposals and answers and counters that speak to the aspirations and dreams of everyday, hard-working middle-class Americans, which is why this Carrier deal as symbolic as it is, is important, then we’re going to find ourselves in a worse situation.

MARK HALPERIN: But name an idea, a reform idea, prominently associated with Nancy Pelosi at this point, or over the last ten years. That’s the problem for the whole party right now. Where is the brand of the Democratic party going to be defined? If it’s defined by Nancy Pelosi and Steny Hoyer, as you said, the same leaders for two decades, that’s a problem. But what Democrats aren’t addressing, go back to what Harold said: why do they hold so few seats in the House, in the Senate, in the state legislators [sic]? Until they define a brand that can win those seats back, they’re going to have trouble going up against an administration that’s going to be moving at 150 MPH.

JOE SCARBOROUGH: Is the Democratic party where GM was in 2008?

STEVE RATTNER: I think the issue is one, what Harold said about the need for ideas and policies. But really, we have some of those. What’s really important is we don’t have the people at the moment.

All dressed up and no place to go. The good thing about selecting Pelosi is they won’t have anywhere to go for at least the next two years.

No – 4 years, at a minimum, with 25 (D) & 8 (R) Senate seats up in ’18.
And just a little bit of success by Trump could unleash a terrific economic rebound. The technology becoming marketable over the next decade may prove the dot.com explosion to be a small precursor. Which would mean a filibuster proof Senate in 2018.

This is true, they will continue to lose seats for years to come. My point is that selecting Pelosi as Minority Leader is a 2-year deal. Unless of course she resigns her seat like the Orange Boner.

The biggest enemy of the Democrats in both the House and Senate isn’t the GOP: it’s the Grim Reaper.

It’s entirely possible the GOP will expand its congressional majorities via special elections and gubernatorial appointments long before the November 2018 mid-terms.

The democrats have been running on hate for many years and it’s catching up to them.
They hated me when I arrived back in CONUS from Vietnam in ’68 and now they hate me because I’m white. That’s okay with me because I still carry a big grudge about ’68. The draft was a big thing in those days and I beat it by joining the Corps, but poor old Billy Jefferson beat it by marrying the harpy. LOL!!

Said another way; Democrats see political advantage in America being defined by Tribes. And they’ll use any means to end up with the biggest collection of Tribes. Now they’re upset that the biggest Tribe responds in a tribal way, after being repeatedly accused of being a Bad Tribe.

“The good thing about selecting Pelosi is they won’t have anywhere to go for at least the next two years.”

A third of the House Democrats, the ones who voted against Pelosi, have someplace to go. Some of them are going to come to the conclusion that it would be better to change parties than get voted out of office. I predict some defections after the first of the year.

I would really prefer that they didn’t. Changing a party affiliation doesn’t mean that they’re going to change the underlying ideals which caused them to run as a Democrat in the first place, and most of those ideals are ~usually~ contrary to the Conservative ideal of smaller, less intrusive government which respects The Civil Society.

We have enough foxes in the hen-house already that we have to be policing. I’d rather the leadership (such as it is) not have to be chasing and making deals with marginal players to get them to toe a line that they’re naturally predisposed to be in opposition to.

This is something that bothers me.
Why do we have to have no ideas. Just goverfn well ( which the Dems failed at too ).
If we insist that politicians constantly push new ideas, then they run out of other peoples ideas.

Agreed: we don’t need new ideas. In fact, there are no new ideas. All we need are the good, old ideas: life, liberty and the pursuit of happiness. And perhaps the corollary: free markets work better than government interference in the economy.

Pretty much everything else should just be the translation into policy of those old ideas.

They’re not willing to go with the Republican issues. I wish they would; if they’d steal the issues of federalism and small government, which the Republicans preach but don’t practice well, I promise I won’t whine about cultural appropriation. As long as the cultural appropriation is done well, of course; I reserve the right to harshly critique the specific application.

Their ‘new ideas’ are new ideas to fool people.

Leopards don’t change their spots. Either does a Castro wanna-be.

“What a relief. I was worried they had learned from the elections & might be competitive and cohesive again.”

The problem with socialism is that you eventually run out of white people’s money.

They may have run out of other people’s money and that leaves them with the old Socialist/Communist standby — fomenting riots and other types of violence to get their agenda through.

We heard lots of ideas from Dems. White males are evil. White Privilege is a disease. Obama trumpeted new industries over the old manufacturing ones. We heard that fly over whites need to make way for the new races to take over.

Plenty of ugly, historically vile ideas were offered by the Dems and sadly most people in the USA voted for them.

New reality TV show… “Housewives of and in the Democratic Leadership”.

It’s probably just me and my limited memory, but it seems to me that it has been DECADES since Democrats bothered to “speak to the aspirations and dreams of everyday, HARD-Working middle-class Americans.”