Regardless of what you think of the pipeline and protest, a well-done video. 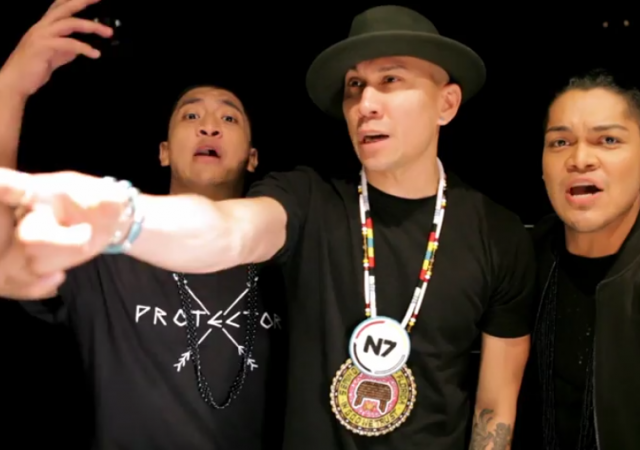 The Obama administration has decided to halt work on the pipeline that allegedly would have run through Native American territory:

The Department of the Army will not approve an easement that would allow the proposed Dakota Access Pipeline to cross under Lake Oahe in North Dakota, the Army’s Assistant Secretary for Civil Works announced today.

Jo-Ellen Darcy said she based her decision on a need to explore alternate routes for the Dakota Access Pipeline crossing. Her office had announced on November 14, 2016 that it was delaying the decision on the easement to allow for discussions with the Standing Rock Sioux Tribe, whose reservation lies 0.5 miles south of the proposed crossing. Tribal officials have expressed repeated concerns over the risk that a pipeline rupture or spill could pose to its water supply and treaty rights.

“Although we have had continuing discussion and exchanges of new information with the Standing Rock Sioux and Dakota Access, it’s clear that there’s more work to do,” Darcy said. “The best way to complete that work responsibly and expeditiously is to explore alternate routes for the pipeline crossing.”

Darcy said that the consideration of alternative routes would be best accomplished through an Environmental Impact Statement with full public input and analysis.

As Leslie wrote, the Standing Rock protest site has turned into a “Burning Man” preferred tourist site for virtue signalling white liberals, and as I documented, anti-Israel activists have tried to exploit and hijack the protest.

Regardless of what you think of the pipeline, I think this video is well done: