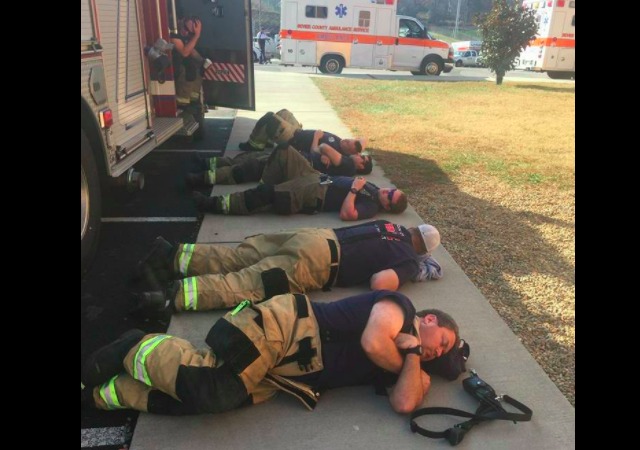 Fireman Adam Scott Momberger took a photo of the firefighters finally catching a nap since they started battling the fires across Tennessee.

The fires have killed seven people, injured 53 people, and destroyed 700 homes. Huge rainstorms helped the firefighters on Wednesday, but now they face “some rock and mudslides.”

As Leslie noted, officials suspect arson caused the wildfire. They have arrested seven people and may arrest more in the future:

On Tuesday, two men were arrested in separate incidents. Matthew Wallace, 27, of Alabama, is accused of igniting a wildfire in Sequatchie County just Monday. He is charged with setting fire to personal property or land.

Charles Martin, 50, of Madisonville, Tennessee, is accused of deliberately setting a fire on Gamble Road in Monroe County. He is charged with setting fire to personal property or land, reckless burning and resisting arrest.