Arson Suspected in Several of the Tennessee Wildfires

Arson Suspected in Several of the Tennessee Wildfires 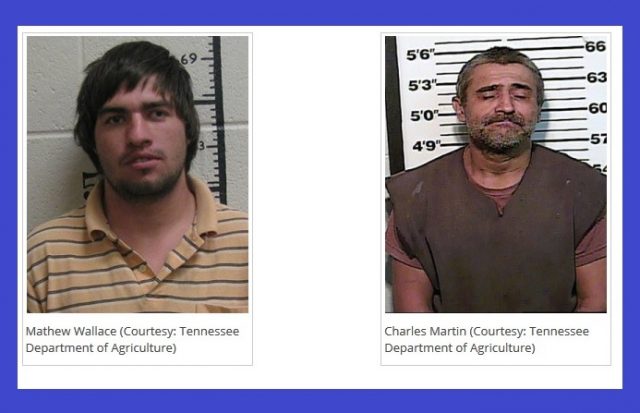 There are several disturbing updates to the report on the wildfires roaring through Tennessee I prepared earlier this week.

It seems that arson is suspected in more than half of the blazes that are still burning in the region.

Fire investigators said more than half of the 67 fires burning right now have been deliberately set.

And so far, seven suspects have been arrested for arson state-wide, but more arrests could be made in the near future.

The Sequatchie County Sheriff’s office arrested a man for setting a small wildfire by throwing a lit cigarette into a pile of leaves and watched it burn.

Details on two of the arsonists are now being reported:

On Tuesday, two men were arrested in separate incidents. Matthew Wallace, 27, of Alabama, is accused of igniting a wildfire in Sequatchie County just Monday. He is charged with setting fire to personal property or land.

Charles Martin, 50, of Madisonville, Tennessee, is accused of deliberately setting a fire on Gamble Road in Monroe County. He is charged with setting fire to personal property or land, reckless burning and resisting arrest.

A third individual has also been named.

Tennessee officials have declared war on the arsonists.

“We take it personal when we watch the land burn in our counties,” [omeland Security Commissioner David W.] Purkey said. “And, to those who are doing this, let me be clear that we are coming for you and we are working on information that is going to lead to your arrest.”

..The state has an arson reward fund. The Tennessee Farm Bureau Federation and the Tennessee Forestry Association have committed donations to the fund and now citizens may receive as much as $2,500 for a tip that leads to an arson arrest and conviction.

“We certainly want to pray for those families, the folks involved in the fatalities,” Waters said. “We continue to try to identity them. We haven’t been able to yet.”

Additionally, one fire-fighter has been treated for minor injuries and over 50 people have been hospitalized.

Maybe it’s from my childhood in Kuhlifornia, but I’ve always considered arsonists to be particularly foul and craven criminals.

Over the hill in North Carolina, another arsonist responsible for those fires was arrested. His reason? “I guess I was just bored.”

We need a different word for this.

“Arsonist” calls to mind a stupid kid setting fires in an abandoned warehouse, or maybe insurance fraud or a disgruntled construction worker.

Deliberately setting a forest fire is an entirely different scale of crime.

At least out west, ecoloons start most of the wildfires.

I wouldn’t be surprised if some of that went on in the NC fires too.

These criminals will be the cause of the next Armed Bundy Militia Terrorist Takeover.

No way. Armed locals would turn them back in minutes while the cops looked the other way. They’d be SORRY they showed up. TN is just …well… different.

These boys better hope they get caught by LE before they run into some locals. They’ll be fuel for a private bonfire and extra fill for a 6′ hole in the ground.

Tennesseans are a gentle-spoken, polite people and usually quite reserved. They use quaint euphemisms to make their point rather than delivering a direct, straightforward statement. So I when I see the following, I understand the authorities are taking these affronts and the damage personally, which is not promising for the suspects:

“We take it personal when we watch the land burn in our counties,” [omeland Security Commissioner David W.] Purkey said. “And, to those who are doing this, let me be clear that we are coming for you and we are working on information that is going to lead to your arrest.”