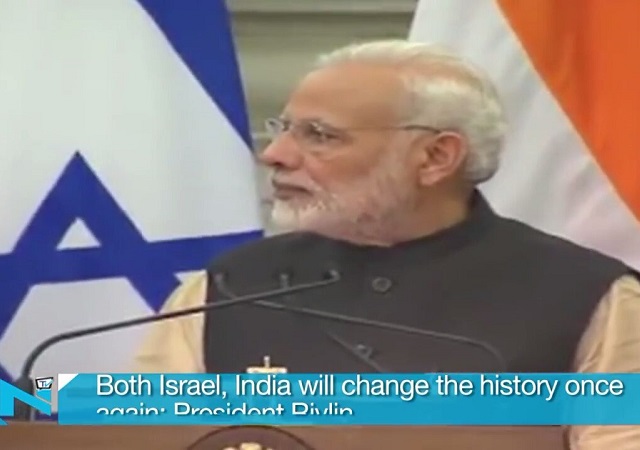 Today, Israel’s Science, Technology and Space Minister Ofir Akunis lands in India for a four-day visit aimed at strengthening bilateral cooperation in the field of science and technology. Minister Akunis is accompanied by a high-profile delegation comprised of several senior Knesset members and government officials, including the head of Israel Space Agency, Avi Blasberger. The ministerial visit comes less than a month after Israeli President Reuven Rivlin visited the South Asian country.

The Indian private sector is linking up with Israeli partners as well. Last year, Indian pharmaceutical maker Sun Pharma teamed up with researchers from Technion-Israel Institute of Technology to develop cancer therapy capable of suppressing the growth and development of tumours. A bi-national initiative is bringing together hundreds of Israeli and Indian start-ups to create innovative and affordable healthcare solutions for a one-billion-strong Indian market.

“Deepening the relations between India and Israel are a critical strategic goal for both countries,” said Minister Akunis before embarking for India. “I am visiting India, a true friend of Israel to broaden the scientific and technological cooperation between our countries. India and Israel are at the forefront of technology worldwide and we will continue to ensure they remain so.”

Embassy of Israel in New Delhi issued a press release today detailing the activities of the Israeli delegation in the cities of Delhi and Bangalore from December 5-8:

In New Delhi, the Minister will inaugurate an exhibition titled “Israeli Discoveries and Developments That Influenced the World” organized by the Israeli Ministry of Science, Technology and Space, and visit the India International Science Festival at [National Physical Laboratory]. The cross-party Israeli delegation is expected to meet Indian parliamentarians from both coalition and opposition, as well as visit the Gandhi Memorial in Rajghat.

In Bangalore, the Minister will deliver a special address at The Global Technology Summit, meet with the [Information Technology and Bio Technology] Minister of the State of Karnataka and visit the India Institute of Science.

“Israel has proven time and again that it is India’s technological partner,” Israel’s Ambassador to India, Daniel Carmon said ahead of Minister Akunis’s arrival in New Delhi. “Our ecosystems of innovation and technology do not compete but rather complete each other. Solutions created in the Development Laboratory that is Israel, are adapted to answer the shared challenges India and Israel face together.”

Froim Ditza, Head of Public Diplomacy at Israeli Embassy, will be tweeting the highlights of the week-long ministerial visit.

Indian Prime Minister Modi is expected to visit the Jewish State next year, when both countries celebrate the 25th anniversary of establishing of full diplomatic ties.

What a powerhouse of a relationship that’s going to be.

2 nations with the freedom, intellectual horsepower and work ethic to change the world. Buy stock now.