With Democrats screaming about their winning the popular vote, a vote located almost exclusively on the coasts and in the nation’s biggest cities, it’s heartening to learn that Americans’ support for the Electoral College has dramatically increased.

In the past, a clear majority favored amending the U.S. Constitution to replace the Electoral College with a popular vote system. 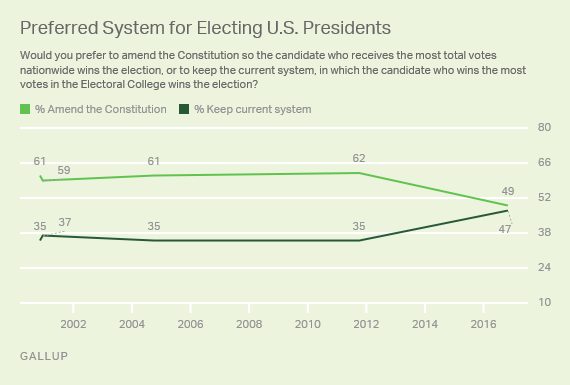 When broken down by party, Democrats, unsurprisingly, are more likely to support amending the Constitution to eliminate the EC. 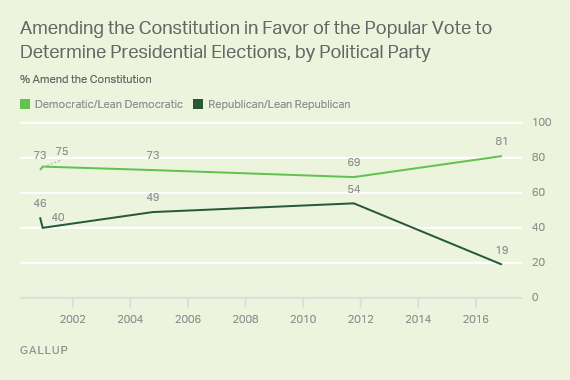 . . . . This year, for the first time in the 49 years Gallup has asked about it, less than half of Americans want to replace the Electoral College with a popular vote system.

I think we should keep the EC in case we get another IMMIGRATION NUT IN OFFICE.