Celebrating Christmas at the Reagan and Nixon Presidential Libraries

Celebrating Christmas at the Reagan and Nixon Presidential Libraries

While preparing for the next presidency, we looked back at 2 previous ones. 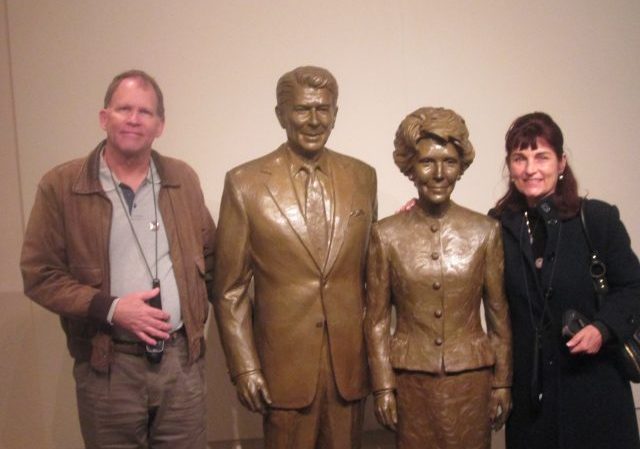 I want to wish Legal Insurrection readers a very Merry Christmas (as well as Happy Chanukah, which begins December 24). 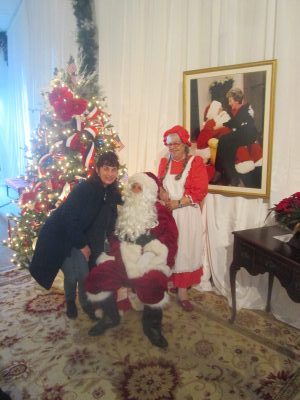 The Ronald Reagan Library was outstanding in every respect. We began touring the museum at 11:00 am, and spent the entire day there, watching the videos, reading the history, and enjoying the interactive exhibits. I must admit, I really enjoyed organizing a State Dinner. My china pattern was outstanding!

One aspect about this visit that caught my eye was how busy it was the weekend before the Christmas/Chanukah holidays. There was a steady stream of people enjoying the speeches of Ronald Reagan, taking snapshots with statues and mementos of our 40th President, and enjoying the panoramic views that included a glimpse of the Pacific Ocean. The visitors included many small children decked out in their holiday finery.

I think the one aspect of the Reagan collection that struck me most is the enormous love and respect that Ronald and Nancy Reagan had for each other, which permeated the entire collection. Nancy’s influence is felt throughout the museum (including the fact that only one, small picture of Reagan’s first wife is displayed). I thoroughly enjoyed viewing her gown and suits, the stylish attire of a truly glamorous time. 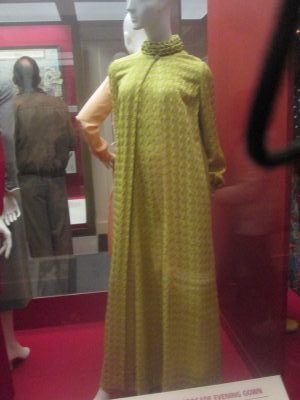 One of the most heartbreaking moments I ever witnessed (albeit on television) was Nancy’s difficulty leaving her husband’s coffin at the conclusion of his funeral. I was bawling like a baby watching the 2004 Reagan funeral. She passed away this past March, and we finished our visit by paying our respects to this dynamic and consequential couple.

The Richard Nixon Presidential Library was less vast, and had fewer visitors. However, it did have one thing the Reagan Library did not — a replica Oval Office that was open to the public. I used this opportunity to take the one photograph most American mothers want of their child: 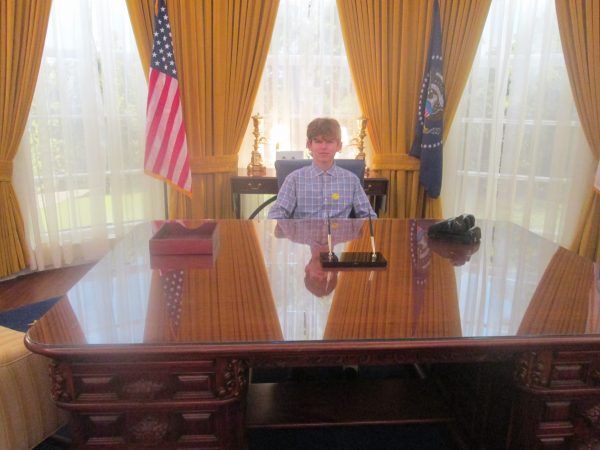 We enjoyed listening to the speeches and watch videos covering Nixon’s entire history, not just Watergate. While much of it was fascinating, one portion really stood out for me: Richard Nixon’s 1974 visit to Egypt, as that nation restored its ties with the U.S. and which began a new era in Egypt-American friendship.

The museum also featured some wonderful fashions and memorabilia associated with President Nixon and his First Lady, Pat. The collection depicts the loving influence that Pat had on her husband. Like the Reagans, both are buried on the library’s grounds.

For those of you who hope #CalExit comes to pass, just remember what wonderful American legacies will remain in the Golden State!

We have the Gerald Ford museum here in Michigan. Grand Rapids, if you ever want to see the differences in styles, check out the bell bottoms he wore.
And don’t forget the WIN buttons (whip inflation now) that were ever so artsy.