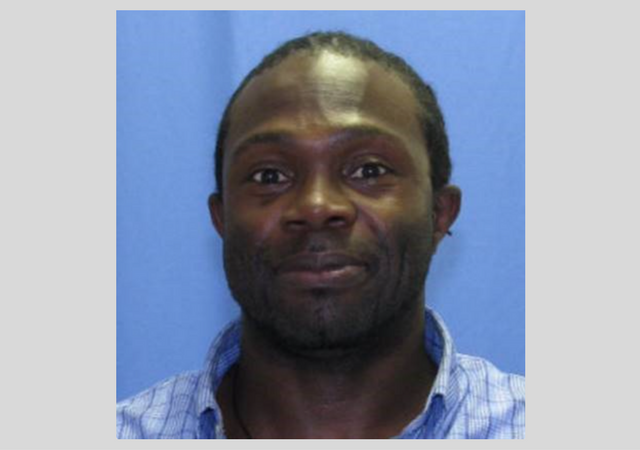 I’m sick of writing this kind of “well, actually” post. They’re required far too often, but this is the world in which we live. Media narrative wish casts one version of a story while the facts say another.

Such is the case (again) in the arson and vandalization of a black church in Mississippi.

An arrest has been made, reports the AP:

Mississippi authorities arrested a man Wednesday in the burning of an African-American church that was also spray-painted with the words, “Vote Trump.”

Andrew McClinton of Leland, Mississippi, was charged with first degree arson of a place of worship, said Warren Strain, spokesman for the Mississippi Department of Public Safety. McClinton is African-American.

McClinton was arrested in Greenville, where Hopewell Missionary Baptist Church was burned and vandalized Nov. 1, a week before the presidential election.

Surely, motives were political, right? After all, that’s what was reported immediately after the church was turned to soot…

Greenville is a Mississippi River port city of about 32,100 people, and about 78 percent of its residents are African-American. While it’s not unusual for people of different racial backgrounds to work and eat lunch together, local residents say the congregations at most churches remain clearly identifiable by race.

Ah, but this story gets even better:

After the fire, Hopewell congregants began worshipping in a chapel at predominantly white First Baptist Church of Greenville. The Hopewell bishop, Clarence Green, said last month the generosity of First Baptist demonstrates that “unlimited love” transcends social barriers. James Nichols, senior pastor at First Baptist, said the Hopewell members are welcome to stay as long as they need a home.

Not politically motivated? Not hate-filled? No racial politics at play?

[Featured image from this mug shot]

Dang, that white bastard has some effective camouflage.

Let’s see … I think I’ll hold my breath until the mainstream media reports on the FACTS instead of the fake news.

I can understand that the arson may not have been politically motivated. This guy could have been the torch in an arson for hire scheme, executed for insurance money. The “Vote Trump” was just a red herring with which they hoped the authorities would be thrown off the trail of a black perpetrator. Possible – yes. Likely? Could also have been a twofer.

What percentage of “hate crimes” turn out to be hoaxes committed by the persecuted minority?

The hoax percentage seems to be close to 100% during the time frame since Trump was nominated for President.

It has been reported that they raised $240,000 so far. They own the land and should have lots of free volunteer labor so a much nicer little church will be theirs.

When news of the fire broke, I bet an SJW lawyer and now-ex-friend that the culprit would turn out to be anti-Trump. The stakes were my next paycheck against one quarter of his, and now he’s backing out of it, claiming he never agreed to it.

A lawyer and SJW twofer. I make bets with those people also. I always get it in writing.

As a matter of fact, I would have made a side-bet with you – that the SJW would not pay off a “handshake” bet if they lost.

Ironic that right after the election the cries were all about the increase in “hate crimes”. Now that several of the high profile cases have been shown to be false I’d expect the media and SPLC to issue retractions, right.

This incident was probably a BLM gofundme ploy to raise money for the Church.