Admits self into mental health facility 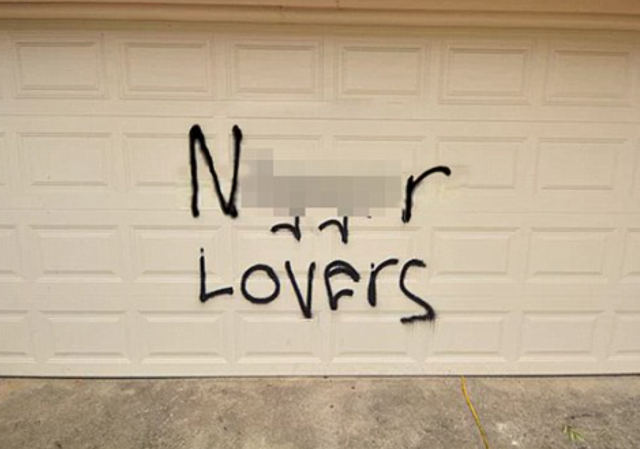 A 34-year-old white man from Denton, Texas admitted himself into a clinical facility after confessing to spray-painting a racial slur on the garage door of his family home.

The father of four set his truck and motorcycle on fire and vandalized his home making it appear as though they’d been victims of a “hate crime.”

David and Jenny Williams from Denton, Texas, woke up to find their truck and motorcycle ablaze and the vile slur ‘n***** lovers’ scrawled across their garage door in spray paint on December 12.

Police deemed the incident a hate crime and launched an arson investigation while well-wishers donated money to the family to help repair the damage.

On Tuesday, Mrs Williams however revealed it was her husband who had started the fire.

‘David confessed to spray painting our garage door and starting the fire at our home,’ she wrote in a Facebook post to friends.

The couple had started a GoFundMe page, claiming the damage caused by the fire wasn’t covered under their insurance policy. According to a facebook post, Mrs. Williams has contacted GoFundMe to return all donations made. 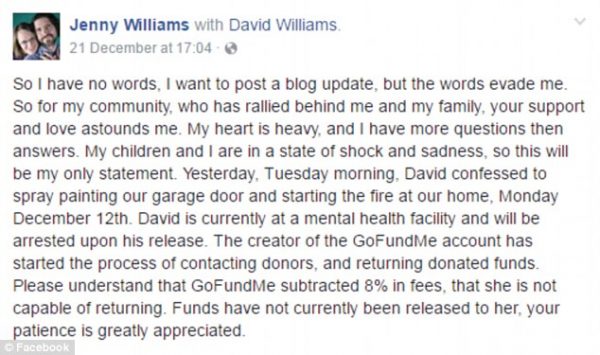 Mr. Williams will be arrested upon discharge from the clinical facility.

I suppose I’ll have to update our “hate crime” hoax post now.

I feel for his family, him not so much.

Man, this hoax, like others, has a familiar ring to it. After every so-called “lone wolf” attack by a Muslim the “mental health” excuse is played over and over. Followed soon after by the anguish of all local Muslims that no “anti-Islam backlash” will happen. And such backlashes never occur, but the anguish helps the Muslim-as-victim narrative.

Time after time, it’s Muslims who are the aggressors (as they have been throughout all of Islam’s 1400 year history).

Is this guy a Muslim? I read the story in the local news and got the impression he was just another run-of-the-mill limp-wristed prog pajama boi. His safe space was shattered and he melted down. But by checking himself into a mental institution, perhaps he’ll lead the way for all the other progs who have been grabbed by the proverbial pussy.

Denton is North Austin (politically), so I’m not at all surprised.

He should have blamed the Russians.

Any DC area folks planning to go to the US Capitol on January 6 to celebrate as Congress counts the Electoral votes?

This trick is getting old. So very many hoaxes, so few actual racists.

PS: My sympathy to his wife.

Yeah, the sissy left her to apologize to everyone.

Next is the massive exposure of the fraud of “Barack Hussein Obama” (or whoever he really is).

An outhouse door would be more appropriate.

With a hole in it, waist high

With pictures of zero inside instead of the Monkey Wards catalog.

— aka the Barack Obama presidential library.

Written in yellow in the snow and spring is approaching?