Delta says Saleh “sought to disrupt the cabin with provocative behavior, including shouting” 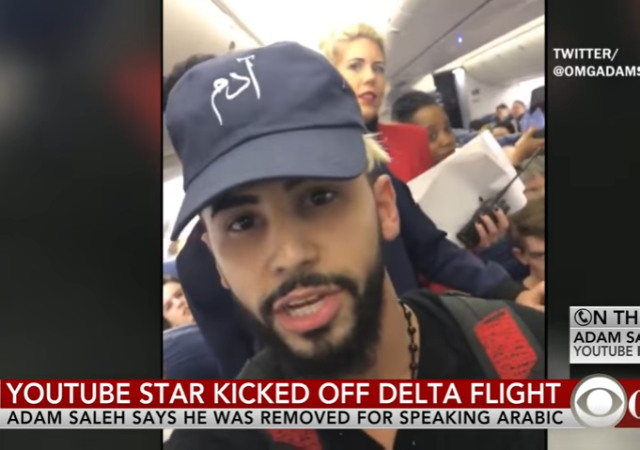 Adam Saleh is a YouTube personality with over a million followers. Today, he claimed he was removed from a Delta Airlines flight for speaking Arabic.

Saleh has a history of creating hoaxes, many of them in order to portray Muslims as victims of discrimination.

The facts are still coming in, but it’s appearing that this at best was a deliberate over-reaction by Saleh for the camera, or at worst an outright hoax he created from the start as he has done before. Either way, Saleh achieved another round of viral video fame, and his video on Twitter has been shared several hundred thousand times.

Here’s the tweet. Look at the number of retweets:

We got kicked out of a @Delta airplane because I spoke Arabic to my mom on the phone and with my friend slim… WTFFFFFFFF please spread pic.twitter.com/P5dQCE0qos

Saleh’s story, however, already is being challenged. Law Newz reports:

So you know that video that went viral that allegedly showed Delta kicking off a passenger for speaking Arabic? Well, apparently, Delta investigated the situation, and now says it’s not quite what it all seemed. In a statement obtained by LawNewz.com, the airline said that after collecting statements from “multiple passengers,” they have concluded that YouTube star Adam Saleh, and his travel mate, were actually trying to disrupt the plane with “provocative behavior,” and were shouting.

Adam Saleh, who has more than 1.6 million YouTube subscribers, posted a video on Twitter that claimed that passengers complained of feeling “uncomfortable” after he spoke to his mom in Arabic and he was subsequently escorted off the plane. “WTFFFFF,” he wrote on Twitter after getting kicked off the London-to-New York flight. He urged others to spread the word and #BoycottDelta. This video has been retweeted more than 600,000 times.

Delta Airlines is defending removing YouTube celebrity Adam Saleh, whose prank videos have garnered him a significant online following, from a flight Wednesday.

Saleh said earlier Wednesday that he was removed from the flight because he spoke Arabic to his mom on the phone before takeoff.

“I speak to my mom on the phone every flight,” Saleh told CBSN shortly after video he posted on Twitter showing his removal went viral. “She only speaks Arabic.”

But according to a Delta, Saleh sought to disrupt the cabin.

“Upon landing the crew was debriefed and multiple passenger statements collected. Based on the information collected to date, it appears the customers who were removed sought to disrupt the cabin with provocative behavior, including shouting. This type of conduct is not welcome on any Delta flight. While one, according to media reports, is a known prankster who was video recorded and encouraged by his traveling companion, what is paramount to Delta is the safety and comfort of our passengers and employees. It is clear these individuals sought to violate that priority.”

Here’s the related video report in which Saleh paints himself as a victim of racism:

However, if you go further into the CBS News report, you see this:

Saleh has a history of posting staged videos designed to look like the real thing, including an infamously faked viral video that alleged to have shown anti-Muslim bias from the NYPD.

In 2014, Saleh’s video “RACIAL PROFILING EXPERIMENT!” showed him and friend staging a fight twice in front of an alleged police officer, once in Western street clothes, and once in Muslim clothes. The Smoking Gun revealed the hoax relatively quickly, but two years later, as of Wednesday morning, Saleh still does not indicate that the video was staged in its description.

In February 2016, Saleh posted a video of a self-described “social experiment” in which he counts down from 10 in Arabic aboard a plane.

Just last week, Saleh was called out for faking a video allegedly showing him sneaking onto a flight inside a suitcase.

@omgAdamSaleh Nice try Adam, but definitely a few inconsistencies with this vid, namely the fact we have footage of you boarding the plane!

Hoaxes on planes, particularly about speaking Arabic, seem to be his thing:

Not only has Saleh pulled past hoaxes, he’s also a 9/11 and Boston Marathon Bombing truther:

these kids were talking about how Muslims were the cause of 9/11..haha..it cracks me up! Even the blind can see that 9/11 was an inside job!

Here are some related tweets:

“It was clear that he knew what he was doing,” passenger says after YouTube prankster Adam Saleh removed from flight https://t.co/HSUqVwP8j8 pic.twitter.com/sTJYC4izDH

This is the guy who you guys think actually got kicked off a plane for speaking Arabic. #boycottdelta pic.twitter.com/ORqHxla1Kp

Sure it’s just coincidence that he starts his Middle East tour next month: 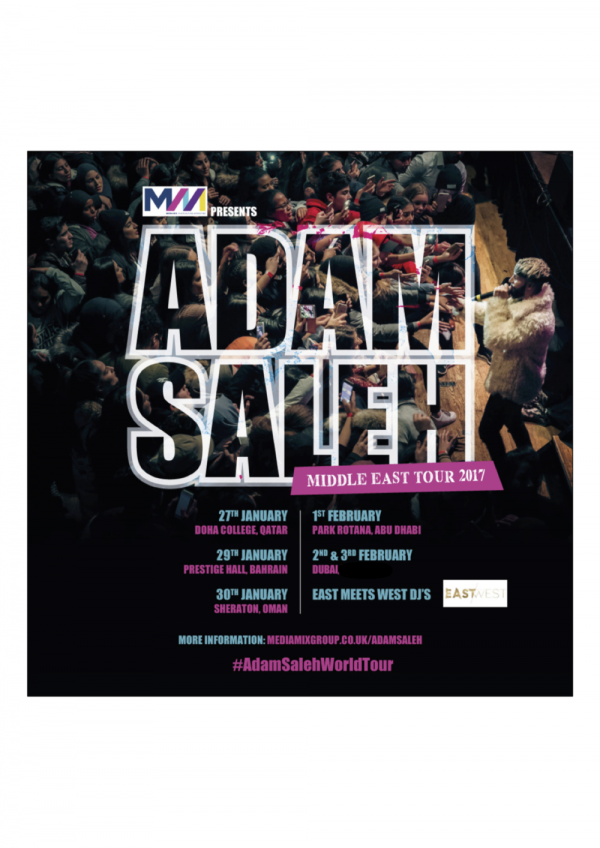 I am gonna go with hoax…it seems like a sure bet.

I was thinking there was more to the story than first reported. Thanks for the follow-up. Wonder if my other news sites will also add this information?

He’s scum like the rest. Airplanes were invented by Wright Americans, for the right kind of Americans, so Muzzies need to STOP APPROPRIATING WESTERN CULTURE. If they need to fly they can sit on a magic carpet and rub a lamp.

Now now Char Char, he was rubbing something…but I have never heard it referred to as a “lamp”

He makes me want to fly Delta!

the only thing that *isn’t* a hoax is his status as a douche bag.

I would land his sorry ass name in the no-fly list.

My thought exactly. Followed by a whopping defamation suit from Delta.

Klown Kar driver has awful timing—fellow tricksters exposed in NYC last week and Ann Arbor today. I’m going to guess that not even the MSM is stupid enough to take this bait.

Well, OK, I hear you about MSNBC.

These fools are going to keep pushing and pushing, and then they’re going to get a very unpleasant reaction.

Want to go on a plane and test the reaction of the crew to help future terrorists? Ok, but there’s a price to pay.

“test the reaction of the crew to help future terrorists”

I thought the same thing — test the reaction, and get it all sent viral on video on the Internet for terrorists to study at their leisure. I wonder whether a Constitutionally sound Federal statue could be written, that would make repeated behavior like this a crime.

I’m afraid that would violate both the letter and the spirit of the First Amendment speech protections if the Feds criminalized this kind of behaviour.

What could be done is to immunize airlines against torts and vexatious litigation for banning chronically disruptive passengers from using their services.

and here he is thinking that he is going to su delta. i guess he got more than he bargained for and didnt realize what his position was in life

If Bush-Cheney were still around the next & last stop on his comedy tour would be Guantanamo Bay.

A ) Delta Air needs to file suit against him for the cost of the delay arising from the tort.
B) Delta and other airlines should put a permanent block on him from flying on their airlines.

How about a 9mm lead injection behind the right ear to calm him down?

saleh is in for a rude awakening

At the very least, good people from all over should have smartphones at the ready if they realize he is boarding their flight. Get recordings from before he starts his antics to release just after his hits a peak. Reject this Clown and show everyone who he really is.

How is this different from the proverbial yelling “Fire!” in a crowded theater?

Put him on the no-fly list when he is in the Mid-East. He can stay there.

It’s always a hoax. In this case, removed for shouting.