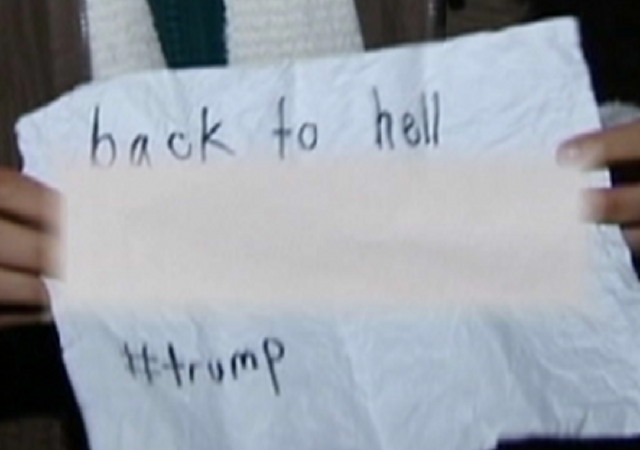 We will likely see more stories like this in the weeks and months to come. The left can’t let go of their narrative and will even resort to lying to keep it going.

Hateful notes and emails allegedly sent to a North Park University student were “fabricated,” the school’s president said Tuesday in a statement, and the woman who claimed they were aimed toward her is no longer enrolled at the school.

“We are confident there is no further threat of repeated intolerance to any member of our campus community stemming from this recent incident,” the university’s President David Parkyn said in a statement.

The student, Taylor Volk, said on Nov. 14 she had received emails and notes taped to her door containing harassing, threatening language and mentions of President-elect Donald Trump. She had also posted pictures of notes with homophobic slurs to her Facebook account.

Volk and school officials did not immediately respond to request for comment.