The Bataclan reopens one year after Paris Terror Attacks

The Bataclan reopens one year after Paris Terror Attacks

Remembering American college student Nohemi Gonzalez and over 100 others. 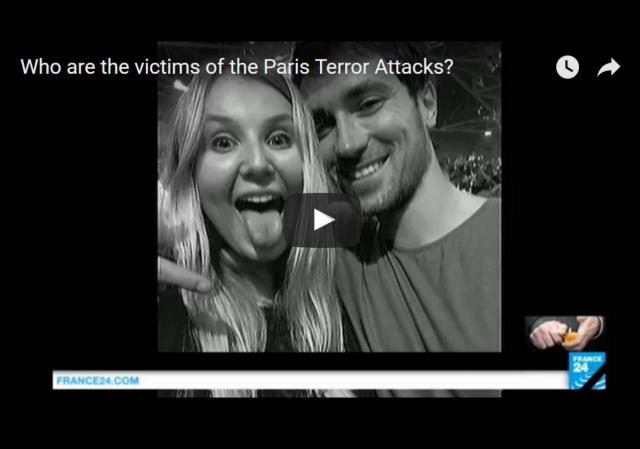 It was one year ago, November 13, 2015, that Islamic terrorists attacked the Bataclan theater in Paris.

There were multiple attacks around the city, including at the Stade de France:

As frequently happens in such events, it took a day for the extent of what happened to become clear, PARIS TERROR – What We Know (Live Video and Updates); Update: American Student Killed in Paris Attacks.

French authorities said more than 80 people died in the club where California-based band Eagles of Death Metal had been playing for about an hour. When the shooting started after four gunmen entered the front of the 1,500-seat theater, dozens struggled to flee out the back alleyway as shots were being fired.

Gunmen who had entered, dressed all in black and armed with AK-47 rifles, calmly opened fire randomly at patrons who dived for cover on the floor, according to radio reporter Julien Pearce, who was near the stage when the shooting started. “The terrorists were very calm, very determined, and they reloaded three or four times,” Pearce said. “I saw 20 to 25 bodies lying on the floor.”

That theater may have been picked because it was owned by Jews (though it may have been sold just a couple of weeks befor the attack), and was a BDS and terrorist target for years. 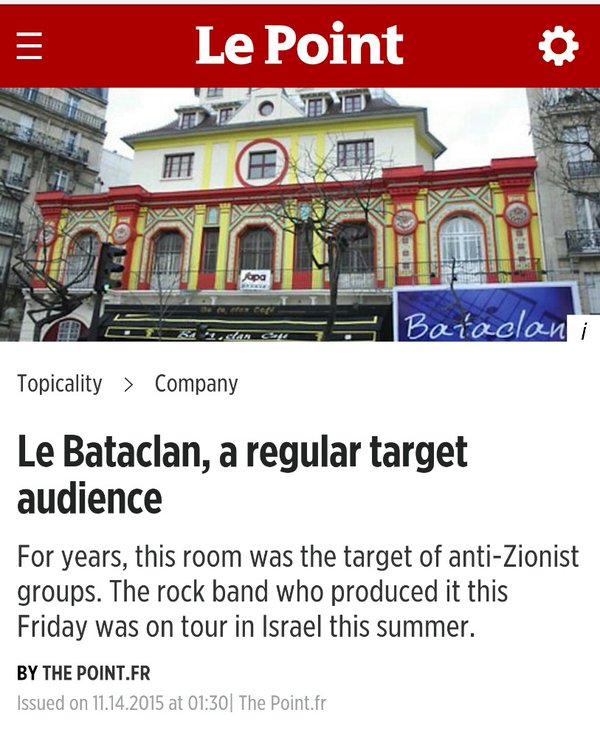 Long after the attack on the Bataclan, gruesome details were revealed, though some of the details still are disputed: 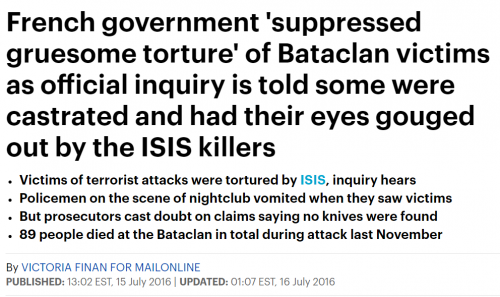 An American student was among those killed by the ISIS terrorists in Paris, as NBC reported at the time:

A college student from California is the first American fatality identified in the Paris terror attacks.

Nohemi Gonzalez, 23, a junior design major at California State University-Long Beach spending a semester studying at Strate College of Design, was killed at one of the restaurants struck by terrorists Friday night. 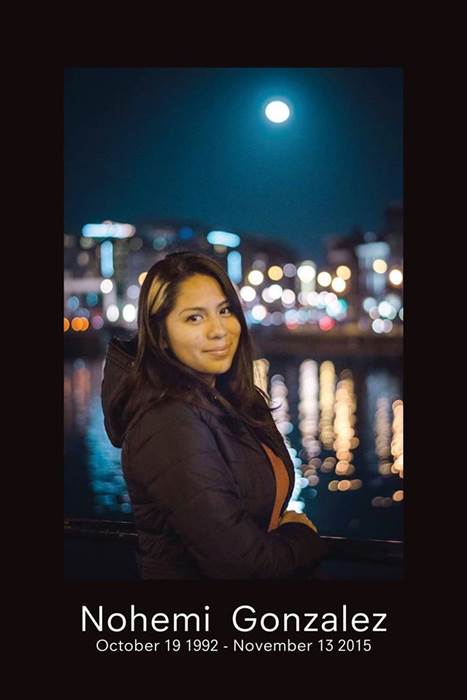 ISIS later released a video of the seven terrorists training in Syria.

“I love this country,” said front man Jesse Hughes. “I love everything about it. I believe in you and I am proud to be in this f**king country.”

“I wanna tell ya’ll something because I think it’s important. I feel really happy. I feel really safe. I feel like I’m home and I want you to know how much we appreciate that.” He became almost inaudible over the roar of the crowd at this, each member of the Israeli audience galvanized by the support. Israeli fans are frequently over-looked by international musical acts due to the aggressive pressure on them by the Boycott, Divestment and Sanctions movement (BDS).

“This has been a weird f**king year, ya’ll. We needed you tonight and ya’ll did not let us down.”

The Bataclan Theater reopened today, with Sting as the lead performer:

The Bataclan, the music venue where 90 concertgoers were killed in last year’s Paris terror attacks, reopened Saturday with a performance from Sting.

Following a minute of silence, Sting told the audience in French: “We shall not forget them,” about the victims.
His performance came a day before the first anniversary of the Paris terror attacks, which left 130 people dead.

America dodged a bullet with the election of Donald Trump. Hillary wanted to bring in 110,000, 99.5 per cent Muslim primarily military aged, male, Syrian refugees, 13 per cent of whom would be undetectable jihadis. The only uncertainty would be would they kill with the same efficiency as Arcan Cretin, five dead Americans, or with the killing efficiency of Omar Mateen, 49 dead Americans.

Who knows what Hillary would have done? Wikileaks disclosed that she privately admitted that there was no way to vet those refugees.

Oh, yeah. We dodged a bullet, all right.

Since she’s a chronic and congenital liar with no shame she might’ve done anything. Yep. We dodged a bullet, especially with SCOTUS vacancies

Send the Clintons to Syria.

…our sympathy should be tempered by the fact that France’s foreign policy was to appease the Jihad so the terrorists would attack someone else. Which also explains why France ran interference against US efforts to reform Islam and stabilize the Middle East.

France wanted it to happen to someone else’s loved ones.