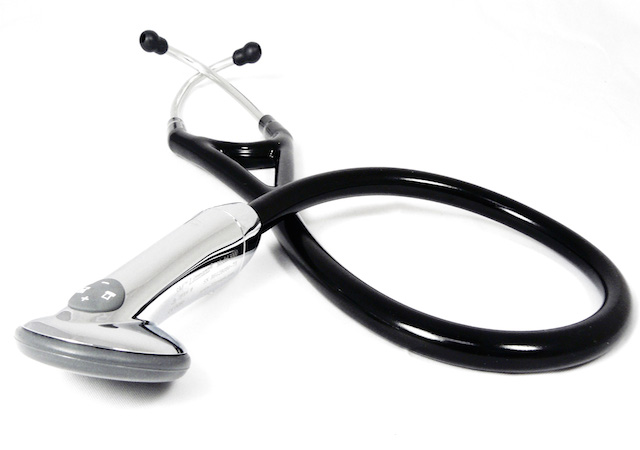 In a poll conducted after President-elect Trump’s White House win, Reuters found that Americans have prioritized healthcare reform, job creation, and immigration.  In that order.

Healthcare is the top issue Americans want Donald Trump to address during his first 100 days in the White House, according to a Reuters/Ipsos poll released on Thursday, reflecting apparent frustration over rising costs for prescription drugs and medical coverage.

Some 21 percent of Americans want Trump to focus on the healthcare system when he enters the White House on Jan. 20, according to the Nov. 9-14 poll, conducted in the week after the Republican won the U.S. presidential election. 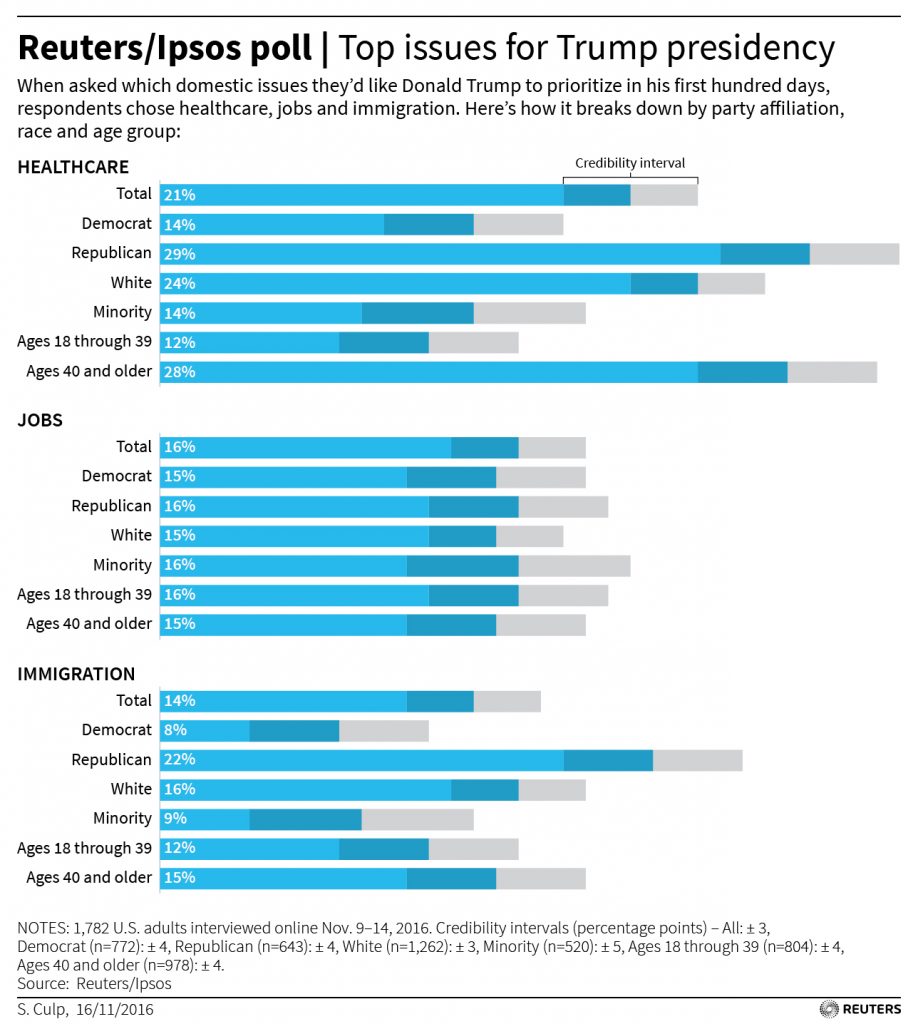 Reuters goes out of its way to defend ObamaCare, saying only 37% want it repealed, but that doesn’t really mesh with the fact that Trump and the Senators who ran for (re-)election all ran—and won—on repeal and replace.

Reuters also notes that “a majority of Americans still think the country is headed on the wrong track, however, and their expectations for a Trump presidency differed according to party membership.“

There is no way Reuters is going to admit that the “immigrant” crime wave is #1.

Especially since it’s by far the easiest of the three balls to get rolling. Trump could make major progress on the afternoon of Inauguration Day; all it would take is a couple of Executive Orders, which could easily be drafted now.

Doing something about DisasterCare is much harder. Changing that without making everything worse won’t be a fast job. Of course people don’t want to pay their current premium bills, which adds a bit of hurry-up to it. But that doesn’t make it quicker or easier.

Employment is a very long-term project. That probably won’t change until there’s a serious tax overhaul, and that won’t be quick.