Let the War for Control of the Democratic Party Commence

Let the War for Control of the Democratic Party Commence

“Who are the Clintons, and why are we still talking about them?” 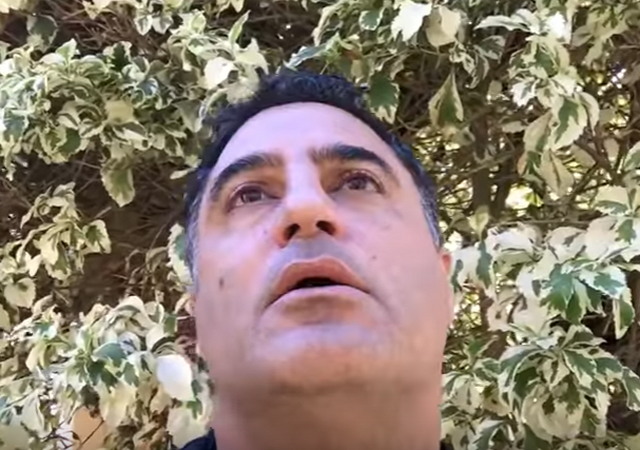 The Democratic Party is about to engage in a battle for its soul. Whoever wins will decide what direction the party takes over the next four to eight years.

There are at least three factions fighting for control. The far left activist base which wants to become the party of Bernie Sanders and Elizabeth Warren. The establishment, which backed Hillary and made sure she was the 2016 nominee. And finally, people like Tim Ryan who are rightly worried about becoming a small party made up of rich coastal elites and the poor.

Cenk Uygur is the host of the progressive talk show The Young Turks. He is clearly a member of the activist wing. He wants Minnesota Rep. Keith Ellison to assume leadership of the DNC.

Howard Dean and other establishment types have suggested that the DNC chair should be a full time job. In the video below, Uygur describes that as a way to keep Ellison out of the role.

“It was that she ran a completely pro-Establishment party that didn’t understand the populist rage in the country. And that’s why they lost to Donald Trump. It had nothing to do with the fact that she was a Congresswoman at the same time. And I know you don’t care about that… because you never brought that up before. And now your rank hypocrisy and irony when you bring that up is obviously for your self interest,” he said.

“I just want to ask a question: Who are the Clintons, and why are we still talking about them?”

“Your days of controlling the party with obvious, transparent tricks are done,” he said.

Here’s the video. Bear in mind, this guy was rooting for Hillary two weeks ago:

Here’s some related reading from the New York Times:

Struggling to respond to Donald J. Trump’s victory, a group of shellshocked Democrats moved swiftly to endorse Representative Keith Ellison of Minnesota for chairman of the Democratic National Committee, hoping that he would be a fresh face for a party with a depleted bench.

But after steadily adding endorsements from leading Democrats in his bid to take over the party, Mr. Ellison is encountering resistance from a formidable corner: the White House.

In a sign of the discord gripping the party, President Obama’s loyalists, uneasy with the progressive Mr. Ellison, have begun casting about for an alternative, according to multiple Democratic officials close to the president.

The battle pits the titans of the Democratic Party against one another, with Mr. Obama’s camp at odds with figures like Chuck Schumer, the new Senate Democratic leader, and Senator Elizabeth Warren of Massachusetts.

“Bear in mind, this guy was rooting for Hillary two weeks ago”

Of course he was. Progs have no compunction supporting corrupt criminals, liars, rapists and killers. They’d support Satan in the flesh if he ran as a Dim.

While my contempt for Hillary is substantial and well-founded, the guy was rooting for Hillary two weeks ago because that’s what you’re supposed to do when you’re a party insider. Before the election you’re loyal to the candidate. After the election, if you’ve lost, you try to figure out why and then go forward.

Seems like Mr. Uygur figured out the ‘why’ part quick enough 🙂

It seems to me there is a marked difference here. Look at Nixon who was pushed aside…his transgressions were a nit compared to Hillary. Yet the Dims nominated her when it was clear she was as crooked as a dog’s hind leg.

How many Republicans can you name who have been rooted out of office due to sexual harassment and the like? I can name quite a few. Yet the Dims still celebrate Bill Clinton, a sexual predator. Hell, the current VP is a serial groper.

When was the last time the R’s lauded a cowardly killer? Yet Ted Kennedy is still ‘the lion of the Senate’ in Dim eyes.

While I have no evidence of the bit about Satan, I stand by the rest.

The Dems have far better party discipline than the Repubs. Orders of magnitude better. And they always have. Compare the impeachment trials of Andrew Johnson and Bill Clinton. There’s no comparison at all. And they don’t whine about “voting their consciences” in the middle of an election; they play to win first, and worry about the details later (if at all).

Are you suggesting that perhaps they’d support Satan in the flesh if he ran as a Dim?

So true, Tom. I think about this trait the Dems have quite often, and I vacillate between wanting to push that on the GOP and thinking that doing so would be a bad idea.

For example, I wonder if it’s part of the reason that they’ve suffered such horrendous losses over the past eight years when their tendency to walk in lockstep no matter what they personally believe or their constituents want was particularly evident under Pelosi’s reign in the House and Reid’s in the Senate. What do you think?

These are really two separate issues. One is gaining and maintaining power (i.e., elective office). The other is what you do with it once you have it.

Party discipline helps the Dems tremendously with #1. But it doesn’t do much for them with #2; it makes them hidebound, unimaginative, and doctrinaire. And that leads to poor performance in office, which in turn makes it hard for them to maintain power.

It’s an old chestnut that American politics oscillates about the center. But it’s true. And I suspect that’s because the Dems are particularly good at getting into office and particularly bad at staying there. The Repubs are, by comparison, not so dynamic; they stay pretty much in place, while the Dems oscillate around them.

May they all go down in flames, amen.

The Dems argue which direction to take while standing on the deck of the Titanic.

If they ask directions: “Go left, and keep going left…”

But don’t mention the iceberg.

BBoy you are scraping the bottom of tyhe barrel when you start talking “The Young Turds”. Does anyone pay attention to them anymore?

I know people who watch them to Riff on the broadcasts.

I don’t know people who take them seriously.

I don’t understand what all the back and forth over what happened is going on. It’s blindingly obvious to any with working eyes and an open mind how this result occurred.

First, the Democrat Party has decided to be a black-pink-red-green (i.e. black, gay/female, Marxist, enviro-crazy) coalition of grievance groups. That means the traditional Dem base of working stiff white people in the Flyover – who bitterly cling to guns, religion, having people go to the bathroom which matches their junk, not hating your country, not wanting cops murdered, and are willing to be tolerant as far as those being tolerated don’t become militant jerks about wedding cakes and flowers – had been kicked to the curb.

Simultaneously, the GOP was looking to purge their base of no fun conservatives with their whiny demands for less government and more liberty. Needing to restock their voter pool, the GOPe decided to run a lifelong liberal NYC Democrat who would appeal to the homeless Democrat voters with a big-spending “populist” message that was indistinguishable from the usual liberalism. Win-win for the GOPe; lose-lose for liberty and sound governance.

Hillary didn’t lose because the media’s mythical horde of “racists, misogynists, fear mongers and deplorables” rose up to be racist sexist monsters. Hillary lost because she was a terrible uninspiring candidate who was offering more of the failed policies that Obama and the Dems have wrecked the country with for the past decade and people are so upset that they were willing to roll the dice and throw the grenade of a guy they don’t particularly like or trust.

That is undoubtedly one of the most retarded statements I’ve read in a long, long time.

You should consider taking a dietary supplement for that irony-deficiency you have there.

If you possessed a normal amount of reading comprehension skills you would've understood that I was relating the GOPe's view of the conservative base; you know, the one I explicitly noted they seek to dispose of because they don't share the Dem Lite crony corporatist desires of the GOPe Brahmans and thus are viewed as noisy whiny crybabies as John Boehner repeatedly sneered his contempt towards.

To restate: The Democrat Party doesn't want anything but far Left grievance group members in their party; anything to the right of Nancy Pelosi can scram. The GOPe doesn't want anyone more conservative than Boehner and McConnell because that would interfere with their open borders, Chamber of Commerce-serving, Dem Lite agendas, so they've run off the killjoys and welcomed Trump's homeless Democrats.

The result is that there is no one in power advocating for conservatism. Trumpism has already debased any remaining conservative DNA the GOPe had left and now we see Evangelicals praising Trump as what Jesus wished he could've been if he hadn't been such a selfish git and the founder of the Club For Growth declaring that Reagan conservatives need to abandon their principles because "it's Trump's GOP now" and that populist (read: liberal Democrat) wants are now the operating ideology inside Disneyland-on-the-Potomac.

OK, I see it now. You could use some help with your delivery.

Better. Democrats have decided to save the Titanic by beaching it on the iceburg that just reamed their hull.

So, in short, the Dems are splitting into …

… and the ones who don’t know whether to shit or go blind.

Or; dumb kids; standard curruptocrats; and negligibles; and the corruptocrats are losing ground to the dumb kids.

That doesn’t seem to enhance their electability any … so it’s fine by me.

You know, it has amazed me; every time the Democrats have lost footing (whether it’s been Congressional seats, or lost on a bill vote they had hoped would succeed, or whatever), instead of taking a look at themselves or — more correctly, their message — their collective response has been “well, it’s just because we didn’t **explain** things well enough. People didn’t understand what they were voting for (or against). The reason we failed is because people didn’t understand it.”

Amazing, no. We understood your message perfectly. Your bill/measure/seat failed because we understood perfectly well what you were saying and WE DIDN’T LIKE IT. So the solution going forward is not to turn even further and further left. It is to stop and listen. Listen to your constituency, and not just on the coasts, either. The world will not cease to spin if you and yours happen to land in someplace like Des Moines in the political off-season. Try it.

Republicans have the same thing. Establishment types like McTurtle and the Bushes. Trumpublicans who came out in force early in the Primaries. And the Tea Party types who have been dismissed for the past few elections yet cannot be completely ignored. While I’ll root for the party’s nominee over any Democrat, I’ll fight for the Constitution and smaller government any day of the week.