After 4 days and and 25 hours, jury unable to arrive at unanimous verdict 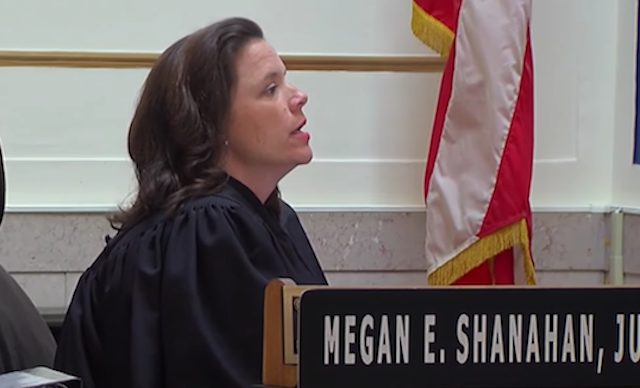 Minutes ago Judge Megan Shanahan declared a mistrial in the case of University of Cincinnati police officer Ray Tensing after the jury remained unable to come to a unanimous verdict in its fourth day and twenty-fifth hour of deliberations, as reported by WCPO in Cincinnati.

Tensing was being tried for murder and manslaughter for the shooting death of Sam DuBose, after DuBose attempted to drive away from a traffic stop. Tensing raised the legal defense of self-defense, claiming that he shot DuBose because DuBose was dragging him with his vehicle, and as a result threatening Tensing with death or grave bodily harm.

Tensing is white and DuBose is black.

We initially covered this case shortly after it occurred in 2015–Sam DuBose Shooting: Let’s Go to the Video Tape, in which we wrote that the officer’s bodycam video supported a viable self-defense claim–and then again yesterday–Arcane OH Self-Defense Law Leaves Officer at Risk of Conviction, in which we wrote that Tensing remained at risk of conviction in this case only because of Ohio’s arcane self-defense laws.

Being that this trial ended in a hung jury rather than an outright acquittal the prosecutors are, of course, free to try Tensing again.

Odds are this is a good result from Tensing’s POV. It is less likely than more likely that the prosecutors will reload and try this case again, while always being possible.

In short, nothing has changed except Tensing is now $X poorer. With the practically limitless funding of the state behind the prosecutor, they are free to try him over and over and over until Hell freezes over if need be. Once Tensing is flat broke and depending on a court-appointed lawyer, with the jury pool contaminated by the constant trial publicity and the relentless drumbeat of the social justice types to ‘Do Something’ he will be offered a plea agreement to possibly one minor degree less a crime, fired from the police, and left broke/indebted with no job and a destroyed career.

Of course, I’m a pessimist. It’s possible the prosecutor will simply pass on any further action, unless, of course, there’s a threat of rioting. Then all bets are off, and under the bus he goes.

Here’s a thought or two…

Tensing’s union (I suggest ’cause I don’t know) is handling the defense. We also live in the new world of GoFundMe, which is wonderful.

The Baltimore LEOs…last I was aware…were still employed and were going to get back pay. Plus, they have their civil action against the Mosby office and her personally, I think.

A good LEO is worth their weight in gold.

As a retired LEO I have to ask what were the injuries to Tensings hand, and how exactly it was caught? Why was he not still attached to the vehicle? Were there scuff marks on his shoes and road rash of any kind?
Seems like ego overtook common sense. But I was not there.

Why would Tensing need to have hand injuries? He was never ATTACHED to the vehicle, he was LEANING IN IT, and ON IT while DuBose rapidly accelerated and turned sharply left into him. We could try an experiment — I’ll drive. There are videos online of LEOs being dragged because they were leaning into cars, or because the drivers swerved into them.

How’s retirement? I assume you’re over 65, unless you’re one of those “retired” LEOs who simply quit, or were asked to quit, because you were too much of an incompetent or a pansy to handle the job.

As a “retired” LEO you should know that not even a civilian need be injured to fear for his life you do not have to wait until they actually try to take your life. Tenzing’s injuries are only relevant as an afterthought.

If Tensing was leaning into the car and the car accelerated after being pulled over, most likely the driver swerved left, which would have meant if Tensing let go after losing his feet he very well could have been pulled under the back tire of the car. If that does not create a reasonable fear then I don’t know what does.

I am leaning towards the second since this isn’t exactly the cleanest shooting ever, but I still have a reasonable doubt that it was self defense, in fact I can still fully justify it in my mind.

Has the feel of Officer Porter’s trial in the Freddy Gray death trials. Can Officer Tensing request a bench trial instead? Would that be wise in this case?

Cincinnati Mayor and other officials sounding a lot like the Baltimore Mayor. Sad.

I was surprised Tensings lawyer did not have his own video analyst.
There is definite info that he indeed did end up further up the road than he started.
The real argument was ,had the car moved or not moved prior to the shot.
Certainly the info that he was dragged after the shot would lend credence to his fear that if he let Sam drive off that he would be dragged.
The video evidence shows he landed up the road past the driveway that Sam had been parked below.
He fell past a white road sign that was 4 to 5 guardrail sections ahead of where he started. A poster on Reddit had found those sections were 6′ 3 ”
each. He definitely landed closer to the parked Silver car than he began.

If the car revved up and propelled him forward , certainly the case can be made that the same result would happen is Sam was allowed to drive off

Correction
If Sam was allowed to drive off

Wonder what the under/over is on a retrial?