The emails come from October and November 2008. 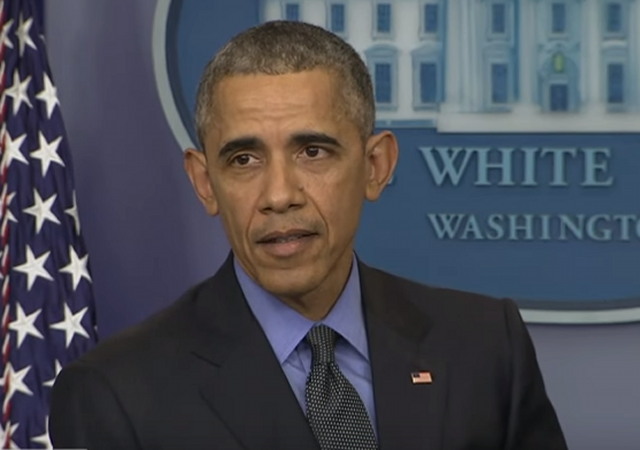 Wikileaks has dumped a few emails with President Barack Obama’s personal email address that he used in 2008 when it published more emails from Hillary Clinton campaign chair John Podesta. At the time of these emails, Podesta served as co-chair of Obama’s transition team.

Obama used the email address [email protected]meritech.net when he had a Blackberry.

The seven emails mainly discuss Obama’s future staff, but one exchange urged the president elect not to take an invitation to the G20 summit: 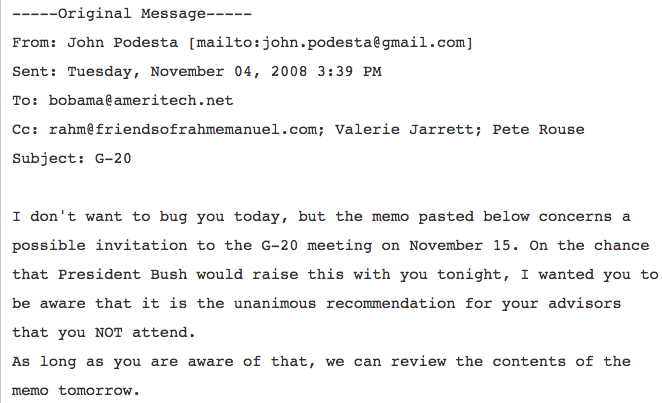 Obama’s team said attending with President Bush could “create an extremely awkward situation.” For instance, if Obama wanted to show himself as different from Bush, that could create “criticism for projecting a divided United States to the rest of the world.” But yet if Obama does not show himself as different from Bush, his advisors warned him people could associated him with Bush’s policies.

Lawyer and Citibank executive Michael Froman, also a member of Obama’s transition team, sent Obama an email with the subject line Diversity. He attached a list of possible minority candidates for Obama’s staff and cabinet: 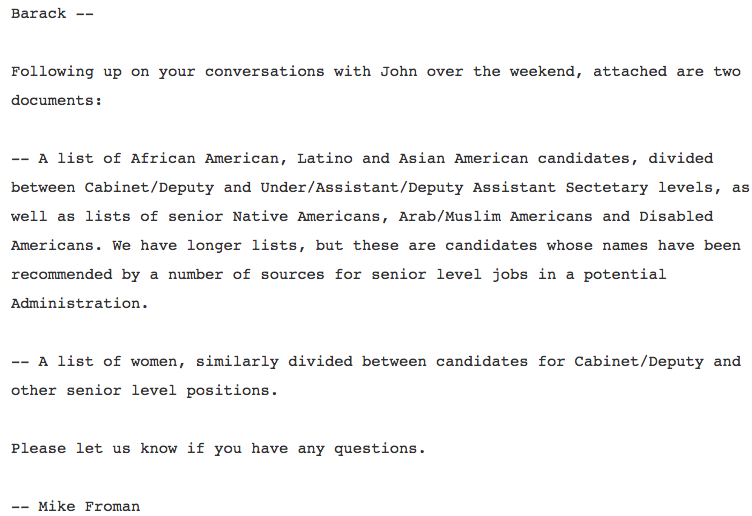 The women candidate list included Hillary Clinton to head the State Department or the Department of Human Health Services, Janet Napolitano for DHS, Justice, or Education, and Tamy Duckworth for the VA. 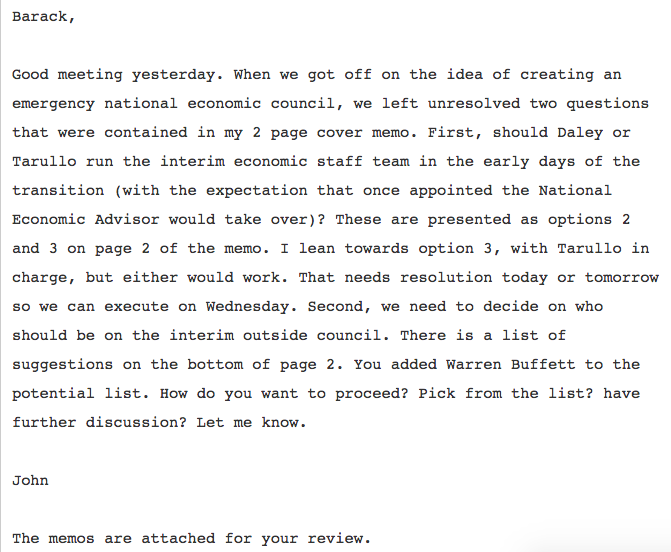 The New York Post sent an email to the address provided and did not receive a bounce back, which means it may still work.

Obama kept his Blackberry, but had to sort of upgrade this year since the Blackberry was outdated. However, due to security, the government disabled texting, music, and taking photos. Obama described it as a play phone a 3-year-old has in their playroom.

I laughed at the “[email protected]”

Has anyone checked to see if he’s registered under Grinder using this email?