Puerto Rico turns over finances to board appointed by Obama administration!

Puerto Rico turns over finances to board appointed by Obama administration! 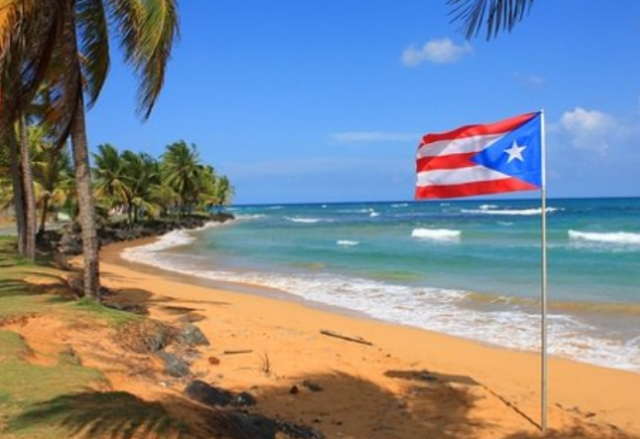 Puerto Rico has certainly had its share of problems recently. In May, Major League Baseball moved the location of the Puerto Rico series due to Zika. This week, it is threatened with flooding rains by Hurricane Matthew.

Now, it has turned over control of its finances to a seven-person board appointed by the US federal government, as it flounders under the burden of nearly $70 billion in public debt.

Puerto Rico’s newly created federal oversight board set an Oct. 14 deadline for the island’s governor to draft a fiscal turnaround plan on Friday, as its first public meeting was disrupted by angry protesters.

The board asked Governor Alejandro Garcia Padilla to present a plan laying out his vision for stabilizing Puerto Rico, which is grappling with $70 billion in debt, a 45 percent poverty rate and a decade-long recession.

The seven-member board, created under the Puerto Rico rescue law known as PROMESA, was appointed on Aug. 31 by President Barack Obama and legislators. It will have broad powers to manage Puerto Rico’s finances and facilitate debt restructuring talks with creditors.

Obama added $7.7 trillion to the U.S. national debt, so perhaps the Puerto Ricans were actually looking for a way to add more to their fiscal burden? Four Republicans and three Democrats make up the board. Four of the members are Puerto Rican, and nearly all have experience as financial executives.

Like Americans clamoring for change during the 2016 election cycle, Puerto Ricans seem inclined to vote against the status quo and opt for statehood during the next opportunity:

…Politics in Puerto Rico are divided largely along the lines of where parties stand on whether the island should become a US state, remain a commonwealth, or declare its independence. But with unemployment at 12 percent and some convinced that the debt load promises further woes, the popularity of the biggest party in support of the status quo, the Popular Democratic Party, have tanked.

“The party has completely fallen apart,” Eduardo Villanueva, a pro-independence political analyst, told the Associated Press in June. Congress’ vote to put in place a federal takeover, he added, “was the final blow to the commonwealth status.”

…The status quo must be discarded from the outset because it is both the source of the structural crisis besieging the island and a colonial anachronism at odds with the US’s geopolitical interests in the Americas,” he wrote.

If it comes down to the two, statehood might be likely to win out. In a 2012 nonbinding resolution, 61 percent of voters chose it as an alternative to the status quo.

We need to drop PR like a bad habit. They give us nothing and suck up tons of welfare. Then, since they’re Americans they happily move to the states. Not to sound stereotypical, but crime rates in Hispanic neighborhoods is statistically higher than the national average. Sounds like a place we don’t need to keep hanging around.