Concerns over the virus forces MLB to reverse their position. 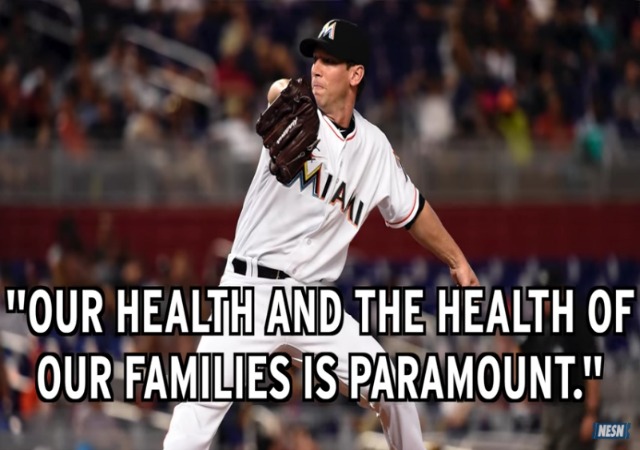 Several players voiced their concerns over the virus, which led the union to ask Commissioner Rob Manfred to move the series. MLB scheduled the games on May 30 and 31.

“The Pirates are disappointed that we will not be playing in San Juan this season,” stated the team. “We very much looked forward to this opportunity. However, the health and safety of our traveling party must be and is our first priority. As a result, the Pirates fully support the decision by the Commissioner and the Players Association to postpone the trip to San Juan.”

Pittsburgh and Miami reached their decisions after they received information about Zika from the Centers for Disease Control and Prevention (CDC). The World Health Organization (WHO) confirmed the virus does cause the birth defect microcephaly and Guillain-Barré syndrome.

MLB promised to continue its outreach to the island. They will host “several youth baseball and community events” in late May with Commissioner Manfred and former players.

“We are saddened by the circumstances in Puerto Rico and elsewhere that led to this decision,” continued the Pirates. “We are hopeful that the public health institutions can quickly eradicate the health risks that are regrettably affecting the Puerto Rican people. We look forward to an opportunity in the near future to return to Puerto Rico to play before the great Pirates fans who were so excited for these games.”

Microcephaly occurs if the brain does not form properly in pregnancy or stops growing after birth. Children can suffer from seizures, developmental delays, intellectual disability, and feeding problems.

Guillain-Barré causes paralysis in those diagnosed with it. A survivor based in New York City told CBS News his joints “felt like lead weights.” The “prize-winning Brazilian-American well known in the performing arts” did not want CBS to identify him.’

The CDC tested over 6,000 samples in Puerto Rico and found at least 683 with Zika. Agencies have warned people to take proper precautions against mosquito bites since the Aedes aegypti mosquitos carry the Zika virus.

But Miami has Aedes aegypti, too. And Aedes albopictus, also a carrier.

They do. We’ve got those species in North Carolina. But so far there’s no evidence that the mosquitoes in Miami or NC are carrying zika — yet.

If this is not a reason to call for the eradication of the Aedes aegypti, what else could it be?