Aides tried to keep it as vague as possible to squash curiosity. 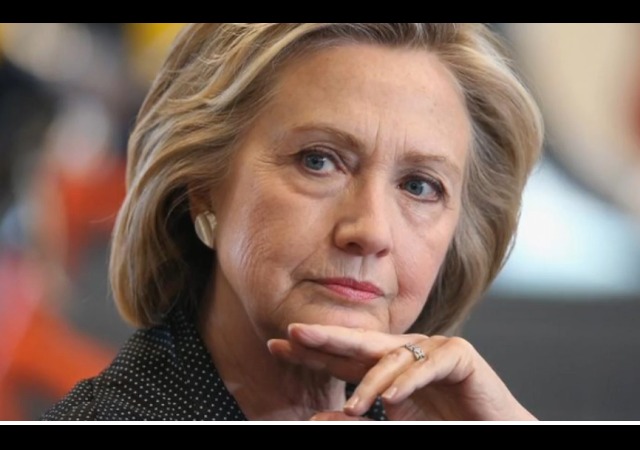 The Wikileaks email dump from campaign chair John Podesta will not help Hillary Clinton put to bed her email scandal. In one chain, campaign members discussed ways to frame her statement about her use of a private email server to evade responsibility and keep the press in the shadows:

However, not everyone within the campaign eagerly jumped on the bus to make excuses.

No one specifically said which parts of the speech would distract the press and, God forbid, let them do their job and inform the American people of corruption. Aide Brian Fallon did highlight these areas: 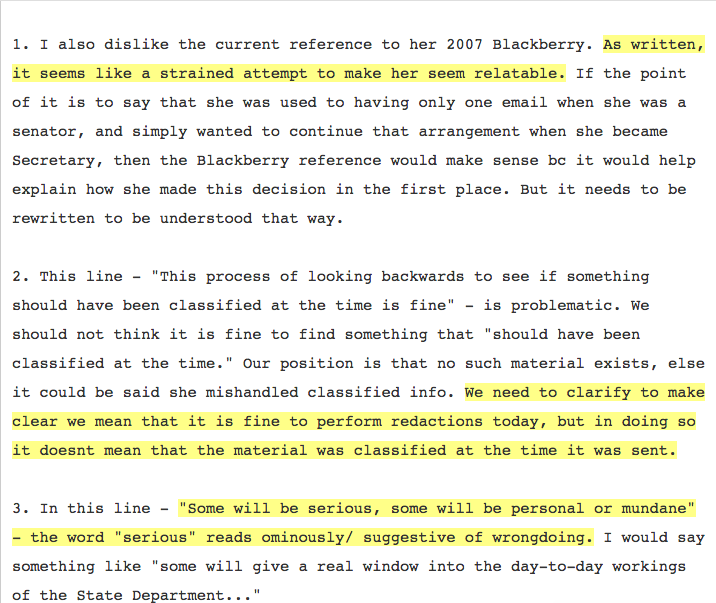 Of course, the email scandal investigation has shown most of this as false. The FBI found classified documents while Hillary admitted herself she didn’t know the C meant classified. We found out that quite a few emails did contain serious material.

We also do not know if she used her Blackberry devices to read classified information because aides destroyed them or no one can find them.

But like I said, not everyone agreed with this approach. Neera Tanden, President of the Center for American Progress, emailed Podesta that she believes Hillary should just come out and apologize:

Then a few weeks later, Tanden and Podesta again exchanged interviews over an interview that Hillary “rocked.” Yet, even Podesta noticed that people really do want Hillary to apologize for messing up with the email scandal.

Tanden confirms this and even knows how us ordinary Americans view Hillary during interviews:

Apparently, she can’t get it off her mind because Tanden emailed right back:

Nixon was re-elected after the Watergate scandal broke.

The big difference is you had people in the Nixon administration who were honorable people. People who put country above party or ideological thinking.

Attorney General Elliot Richardson, and then Richardson’s deputy, William Ruckelshaus both resigned after they refused to fire special prosecutor Cox on Nixon’s order.

Lynch and Comney Failed our nation!

May they get Borked!

None of what Podesta said would turn the scandal around would work if the media wasn’t in the tank for Hellary.

Our country would have been much better off today if Hillary had just stayed home and baked cookies.

Sure, isn’t Huma her cupcake?

Tanden confirms this and even knows how us ordinary Americans view Hillary during interviews:

This is true even if the classification is rubbish. On the only secret project I myself ever worked on—some space thing, never mind the details—it was easy to keep up with what was happening on other parts of the project because it was regularly reported in a nice slick glossy, Aviation Week. That didn’t matter; by law, we still had to pretend that it was secret, and act accordingly.

The CIA had to give Aviation “Leak” and Space Technology a pass as they had better interpretation of Warsaw Pact gear than they did!

Maybe it’s just me, but isn’t this what these people were hired by Hillary to do? A campaign manager is supposed to spin things in the best possible light for their candidate. This does not mean that what she did was right/legal/ethical by any means.

I’m sorry, I just don’t see this as worthy of reporting.

The newsworthy aspect is that a sitting Sec of State conspired to mislead the people, but it is hardly recent.

Well, here’s the first one of the rug eaters to come forward.