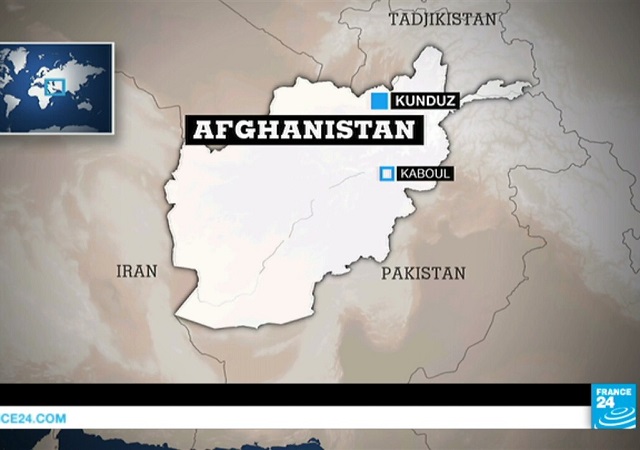 Before the Obamas could even move out of the White House at the end of the term, the president’s legacy is unveiling itself across the Muslim World. From Mediterranean Sea to Persian Gulf, the forces of Radical Islam continue to score one triumph after another. Once reduced to hunted fugitives by President George W. Bush’s military campaign of 2001, the emboldened Taliban fighters have once again raised the Islamist battle cry of ‘Allahu Akbar’ as they embark on a nationwide offensive to wrestle back control of Afghanistan. Taliban fighters have captured most of central Kunduz city, a strategically important city some 200 miles north-west of Afghan capital of Kabul, claims French news agency AFP.

French television channel France24 showed footage of Taliban fighters in the centre of the city after having run over the city’s defences — before one could say Afghan National Army. Government forces still control the city’s airport and started preparations to repel the Taliban out of Kunduz, French report claims.

This week’s Taliban assault comes exactly one year after the terrorist group briefly captured the city of Kunduz, only to be driven out by a U.S.-led counter-offensive. The Taliban’s push is not limited to northern Afghanistan, as it has reportedly made gains in the southern province of Helmand as well. Since U.S. and NATO combat mission came to an end in 2014, Taliban continues to strengthen its hold over Afghan countryside. France24 reports:

The Taliban has taken over central Kunduz but government forces were still in control of the city’s airport, a spokesman for the group told FRANCE 24’s expert on jihadist movements, Wassim Nasr.

Footage posted on social media showed Taliban fighters in the centre of the city. FRANCE 24 could not independently verify the authenticity of the footage.

Sheer Ali Kamawal, commander of the 808 Tandar police zone in Kunduz, said the Taliban assault began at around midnight (1930 GMT Sunday) and fighting was going on in and around the city. Some Taliban fighters had entrenched themselves in homes.

The fighters appeared to have slipped through a defensive security line set up around Kunduz, entering the city from four directions before clashes broke out, witnesses said.

U.S. Special Forces were on the ground in Kunduz fighting to push back Taliban, former CIA director and retired General David Petraeus told an event organised by D.C.-based Brookings Institution. “I have been assured by some individuals on the ground at quite a high-level that there are U.S. Special Forces with, supporting Afghan commandos and that they believe that they have that in control,” General Petraeus was quoted saying on Monday.

After nearly 8 years, President Obama’s foreign policy, executed by Foreign Secretaries Mr. Kerry and Mrs. Clinton, has alienated friends and emboldened enemies all across the world. Be it Israel, Iran, Egypt or Afghanistan, Obama Administration prefers Islamist and jihadist players over steadfast allies and liberal democracies.

If Taliban were to succeed in its designs of retaking Afghanistan, it would resume its declared goal of waging global jihad against the West, competing with its rival and the evil twin; Islamic State in Syria and Iran. With Europe unwilling to secure its borders, the West has become more vulnerable to Islamic terrorism than ever before.

Everything Obama did and does seems to favor the Radicals in every nation. I question his allegiance to the United States. How can he have a favorable rating of 50 plus with the job he has done? Everything he touched turned to________.

“As President, I will make the fight against al Qaeda and the Taliban the top priority that it should be. This is a war that we have to win.” — Sen Barack Obama, July 14, 2008.

Nero is just squandering the lives of much better men than him now. He doesn’t like killing radical muslims. Its not who we are. Not one more American life in wars that are fought defensively.

Both Afghanistan and Iraq will always be touted as Bush’s failure. If we hadn’t achieved victories in both countries we wouldn’t be in a position of losing now to the Taliban or ISIS. The USA under O and H will never see any defeat again. No commitment, no engagement, no chance for defeat. Winning is not an option because some one else has to lose and we need to be empathetic to those we have, through colonial white privilege, abused. Who are we to judge?

Get ready for more Black hawk downs if H is elected. Troops will be sent in to any political hot spot undersized and unarmed. Once they are killed Hillary will broker a peace deal with reconstruction paid for by the US and through the Clinton Foundation. It will be Haiti all over again, 10’s of billions of dollars donated or allocated direct to the Clinton foundation and Bill as the official UN re-constructionist.

Now is a really bad time for Haiti to be getting hit with a Cat 4 hurricane with no livable housing and no water or sewage treatment in place. Well what did they expect it’s only been six years since the Clinton’s got their hands on the money. Time for the UN to drop off more blue tarps for Haiti, too bad they don’t have anything of value like oil or minerals, just humans.

This article smells to high heaven. If you prefer: It doesn’t pass the laugh test.

If this is the level of scholarship and discourse that this site is committed to, it is good that a few indiscriminate acolytes are its only followers.

With all the troops on the ground engaged in combat all over the middle east, where are the casualty reports? I notice the media doesn’t show a second of curiosity on why the Pentagon has deep sixed the numbers of killed and wounded.

Barack Hussein Obama is a traitor. Accept it already.

To be fair, the Afghan was was and is unwinnable. Via the larger Muslim world, the Taliban have virtually infinite resources of manpower, money and weapons, and they have sanctuaries, especially Pakistan.

It is believed that some of the Taliban resources in the Kunduz area come from Russia. If the Russians were to supply the Taliban with MANPADs and anti-tank missiles, our helicopter and gunship fleets would be grounded, and aerial resupply would become hazardous. While we have little or no tank units in Afghanistan, we do use MRAPs and we deploy troops in forward operating bases, both of which are vulnerable to anti-tank weapons. We would be pushed out of Afghanistan quite quickly.