Production cancelled at Bristol University because of race-based drama.

Nothing is safe from race-based drama!

However, despite the fact that a Muslim leader originally commissioned the work and the opera has been performed over 1,000 times since its debut in 1886, a British university is shutting down a musical based on Giuseppi Verdi’s Aida due amid charges of…cultural appropriation.

It is a story of war between two nations, the conflict of love rivals and the looming fate of death.

But the antagonistic themes of Aida seem to have spilled into the wings after a student production of the musical Aida was cancelled amid a row over suggestions of “cultural appropriation”.

A theatre at the University of Bristol said yesterday it had cancelled all showings after a revolt by students.

The musical version, by Tim Rice and Elton John, centers around an Ethiopian princess, Aida, who is held prisoner in Egypt. There were accusations of “white-washing” (i.e., assigning white students the roles of non-white characters).

Perhaps the fact the school is located on the British Isles, filled with white people, might have been a limiting factor in the diversity of the cast choices? Here is the cast as it was assembled: 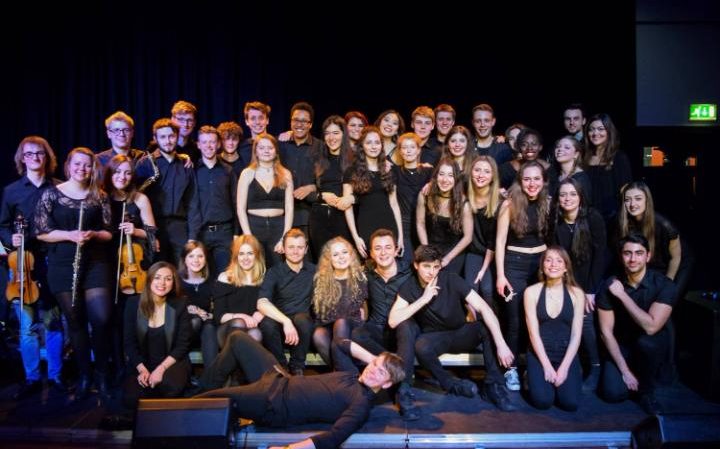 Any university that allows operas and musicals to be the victims of student-organized social justice warfare can no longer be considered a serious institution of higher learning.

This sentiment has been appropriated by others:

One outraged Facebook user wrote in response: ‘The cancelling of this production of Aida on the grounds of “cultural appropriation” is outrageous censorship of the worst variety.

‘Aida is a great work of art and belongs to the world. The whole student body is the looser here.’

Conrad Young, of Bristol Against Censorship, told the Tab: ‘although MTB seemed to approach a sensitive topic with great humility and care, Aida was not to be.

‘The affect that the fear of cultural appropriation has on modern campuses is a sad affair and in this case has damaged the student experience of the people involved and the prospective student audiences.’

Consider everything that goes into the making of a grand opera: Orchestration, singing, costuming, stage design, choreography. Aida is an iconic masterpiece, and its production would have enhanced the resumes of any student who participated and enriched the lives of anyone who saw it as well.

Additionally, the university could have reaped some profits in ticket sales. Nearly everyone loves stories of ancient Egypt…as the enduring success of Aida shows.

So, when the affected art students find themselves working as baristas and living in basements, they can thank the race dramatists for their lifestyle. And when the university has to cut its art budget, administrations can also thank race-baiting activists.

Sadly, this isn’t likely to be the last race-based drama on campuses, either. What a tragedy.

These people want to force a new Dark Age on the world.

Perhaps the fact the school is located on the British Isles, filled with white people, might have been a limiting factor in the diversity of the cast choices?

They could have had some of the actors in black face.

Hmmm. Has Elton John said anything about this?

Will they require that the Mikado be preformed by an all Japanese cast?

Yes, the mindless twits who are “social-justice” warriors, ever in need of a cause so they can feel virtuous, protest “The Mikado.”

Their more griveous sins include lacking of a sense of humor, of humility, and of fun. They can all go and piss off. This isn’t about making fun of the Japanese. It isn’t always about their hurt feelings.

Disclaimer: Not long ago I was in a production of “The Mikado.” I had the honor, pleasure, and privilege of asking “Why? Who are you who ask this question?”

“That will be good for three rounds of applause and a curtain call!”

Paraphrased from my memory of Mr. Crummles in “Nicholas Nickelby”.

The Dickens you say!

“The Mikado; or, The Town of Titipu” was written by Gilbert and Sullivan. Sullivan wrote the music. He also composed many other works, including the music for “Onward Christian Soldiers.” He was knighted during the reign of Queen Victoria.

Gilbert wrote the words. He had to wait until 20 years after her death to be knighted. He was politically incorrect before there was such a thing. Since some of his lines are a little pointed, it isn’t hard to see why. For example, in “The Pirates of Penzance, Or, The Slave of Duty: Comic Opera in Two Acts” Frederick asks why the Pirate King doesn’t return to civilization, and we have this exchange.

Fred I will By the love I have for you I swear it Would that you could render this extermination unnecessary by accompanying me back to civilization.
King No Frederic it cannot be. I don’t think much of our profession but contrasted with respectability it is comparatively honest. No Frederic I shall live and die a pirate king.

All You are Hurrah for the Pirate King.

All It is Hurrah for our Pirate King

AllYou are! Hurrah for the Pirate King

All It is Hurrah for our Pirate King!

Proof that Political Correctness will be over when the fat lady sings.

Wonder if they’ll get around to demanding that the dueling banjos scene be cut from Deliverance on the grounds of hillbilly-shaming.

Will they next demand that the cast of Hamilton also be race-appropriate? Of is it OK for non-whites to take the role of a white character, just not the other way around?

Any university that allows operas and musicals to be the victims of student-organized social justice warfare can no longer be considered a serious institution of higher learning.

Which means that there are practically no “serious institution of higher learning” left.

Wait until they do Porgy and Bess next year.

I saw a production of Les Mis in which the role of Madame Thénardier was played by a black woman who performed magnificently.

I guess that the original Madame Thénardier was not black. When Victor Hugo wrote the novel in 18-whatever, how many blacks lived in Paris? Thénardier ends up working as a slaver in the US, so I really doubt he was black!

Should this actress have been denied the role because the character was not black?