Mayaro Virus: The Next Zika?

Mayaro Virus: The Next Zika?

With first diagnosed case in Haiti, the virus is now a new focus for virologists and epidemiologists. 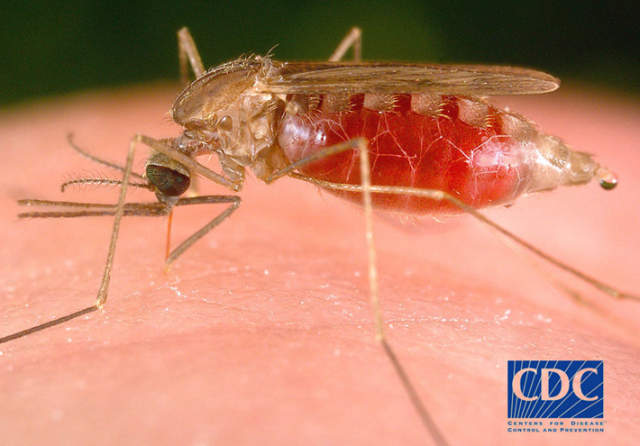 Reports have surfaced that a new pathogen has made the hop from South America to the Caribbean, and may soon head to our shores.

Researchers at the University of Florida have identified the Mayaro virus in an 8-year-old Haitian, the first reported case in that region.

“The virus we detected is genetically different from the ones that have been described recently in Brazil, and we don’t know yet if it is unique to Haiti or if it is a recombinant strain from different types of Mayaro viruses,” Dr. John Lednicky, an associate professor in the environmental and global health department at the University of Florida, said in a press release.

Scientists have known about the Mayaro virus since the 1950’s.

The Mayaro virus was first identified in forest workers in Mayaro, Trinidad, in 1954 and has since caused small outbreaks in South America. It shows up most often in Brazil near the Amazon, where it is spread by a tree-dwelling species of mosquito that feeds mostly on monkeys, says Robert Tesh, professor of pathology at the Institute for Human Infections and Immunity at the University of Texas Medical Branch in Galveston.

A close relative of the chikungunya virus, Mayaro causes similar symptoms, including fever, joint pain and muscle aches that be crippling for several weeks. Because Mayaro’s symptoms can resemble those of both chikungunya and dengue, the new study suggests, it may be underdiagnosed.

Legal Insurrection fans may recall I covered the chikungunya epidemic in late 2014, which significantly impacted the public health and economies of several South American countries. This virus entered the continental United States in July 2016, and a pharmaceutical firm received $10 million task order by the Walter Reed Army Institute of Research to conduct clinical trials over 5 years for vaccines to combat the pathogen.

Medical experts indicate that the Haitian boy’s diagnosis means that the virus is actively circulating in the Caribbean. There are a variety of mosquito species that can transmit Mayaro virus, including the notorious Aedes aegypti that has been the main source of the Zika virus outbreak.

Interestingly, an article that just posted in Scientific American discussing candidates for “The Next Zika.” It features four insect–and tick-borne viruses that have researchers concerned. In addition to Mayaro, the entries include Rift Valley Fever, Criman-Congo Hemorrhagic Fever, and Usutu (similar to West Nile Virus).

For Mayaro, the shift in mosquito populations transmitting the pathogen is the red flag:

…Similarities with chikungunya are also why Mayaro might become a widespread problem. Both were originally transmitted by forest mosquitoes, infecting people in places like the Amazonia. Yet chikungunya has already adapted to be transmitted by urban mosquitoes, such as A. aegypti or Aedes albopictus—as of September 2016 in the Americas alone there were over 100,000 confirmed cases of the disease. Such adaptations may be happening with Mayaro, too. In lab experiments A. aegypti and A. albopictus have been shown as potential vectors for Mayaro. What’s more, in recent years there were cases in large Brazilian cities—far from forests….

Currently, there are over 3,000 reported cases of Zika in the U.S. and over 24,000 in its territories. The Centers for Disease Control and Prevention has just issued a travel notice urging pregnant women to consider postponing nonessential travel to 11 countries in Southeast Asia, due to an explosion of cases in that region of the world.

Welcome to the new normal in public health, in which scientists are itching to guess which virus is going to be the next one to spread globally!

Thank you for the post, Ms. Eastman. I must say, after reading The Hot Zone many years ago, I read these stories with much trepidation.