Chikungunya is not as dramatically deadly as Ebola, but the epidemic is another global health crisis. 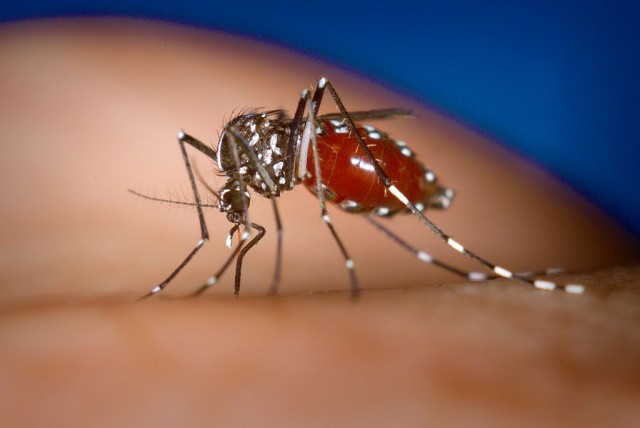 Some good news from the frontlines related to our battle with Ebola: The outbreak is now “stable” in Guinea, according to the World Health Organization.

There were still some flare ups in the south-east, but things were improving in other prefectures, WHO co-ordinator Dr Guenael Rodier told the BBC.

More than 5,400 people have died in the latest outbreak, with Guinea, Sierra Leone and Liberia the worst hit.

The outbreak can be ended by mid-2015 if the world speeds up its response, UN Secretary General Ban Ki-moon has said.

Although the rate of new cases shows signs of decreasing in parts of West Africa, Mali – where six people have died and a seventh case has been reported – is now of concern. Additionally, the United Nations Ebola Emergency Response Mission has formally announced that it will not meet its self-imposed December 1st deadline of containment.

The mission set the goal in September, seeking to have 70 percent of Ebola patients under treatment and 70 percent of Ebola victims safely buried. That target will be achieved in some areas, head of UNMEER Anthony Banbury told Reuters news agency, citing progress in Liberia.

“We are going to exceed the December 1 targets in some areas. But we are almost certainly going to fall short in others. In both those cases, we will adjust to what the circumstances are on the ground,” he said in an interview.

Banbury said the areas of greatest concern are in rural parts of Sierra Leone as well as the city of Makeni in the centre of the country and Port Loko in the northwest.

Meanwhile, there has been an escalation in an epidemic closer to home that bears some attention.

The debilitating mosquito-borne Chikungunya virus has infected almost one million people since it first emerged in South America and the Caribbean less than a year ago. The virus has rapidly spread across the Americas, causing huge pressure on health services in some of the poorest countries in the western hemisphere.

The Dominican Republic, the most popular Caribbean island for tourists last year with 4.7 million visitors, has recorded 500,000 cases. A third of the population lives on 80 pence ($1.25) a day. Central America has also been affected, with 123,000 cases in El Salvador.

The epidemic has failed to attract international media attention amid the Ebola crisis, as deaths from Chikungunya are relatively rare: . About 150 people have died among nearly 931,000 cases in the Americas – the US has had more than 1,830 cases.

But Chikungunya causes painful and debilitating symptoms in more than 80% of those infected, and can exacerbate poverty due to missed work and medical expenses.

The diseases name is derived from an African language for “bent over”, as the joint pain is so severe that the afflicted cannot stand straight. As a reminder, shortly before news of the Ebola outbreak became widespread, several cases were reported in Virginia:

The Chikungunya virus has rarely been seen in the Commonwealth but the CDC reports six Virginians have been infected this year alone.

…”They have such terrible joint pains and back pains and they’re so incapacitated it’s like they’re all bent up and they can’t move,” said David Gaines, an entomologist with the Virginia Department of Health.

Experts believe Chickungunya was brought into the states by travelers to the Caribbean.

Not everybody suffers the same but fever, headache, and nausea are almost guaranteed.

“The most common lingering symptoms are arthritis or joint pain that can last for months or even years,” says Haines.

So far 80 confirmed cases in America have been reported to the CDC.

The devastation associated with this illness cannot be understated, even though it isn’t as dramatically deadly as Ebola. There is no treatment or vaccine and reports indicate that the first human clinical trials are at least several years away. Concerning this disease, Dr Alain Kohl, head of the University of Glasgow Centre for Virus Research, noted:

“Short-term infections that affect large numbers of people can have a very significant impact on the economy and health services, and long-term issues such as arthritis that are associated with Chikungunya can very badly affect patients. Public health impact is not just a measure of death rates.”

The following video shows how severely the illness impacts the infected, from robust men to tiny babies.

And while the recent cold-snap may have put an end to mosquito worries for most of the country, this is another pathogen that should be on the radars of our nation’s public health care professionals.

My mother was in Venezuela visiting relatives and friends when she caught the Chikungunya virus about a month ago and a half. Being an 83 year old woman, she did not have a good time. In fact she developed a respiratory infection that went along with the rest of the Chikungunya goodies. The only thing they are giving for it is Acetaminophen and they tell you to rest.
She’s been back about a week and a half and it is now when is is looking again like a human. But she is still having pain is some of her joints and has not returned to her routine.
The only reason Chikungunya and other mosquito-borne diseases have exploded is the lowering of quality by the government of what used to be very aggressive mosquito control programs by placing politically-faithful people in charge of the programs instead of experts.
And the economy is so bad that basic insecticides and insect repellents are nowhere to be found in shops or supermarkets.

1. a good, old-fashioned revolt against the Collective, and

Come to think of it, that wouldn’t be bad here…