ISIS inspired Jaber Albakr, who planned attacks similar to those in Paris and Brussels. 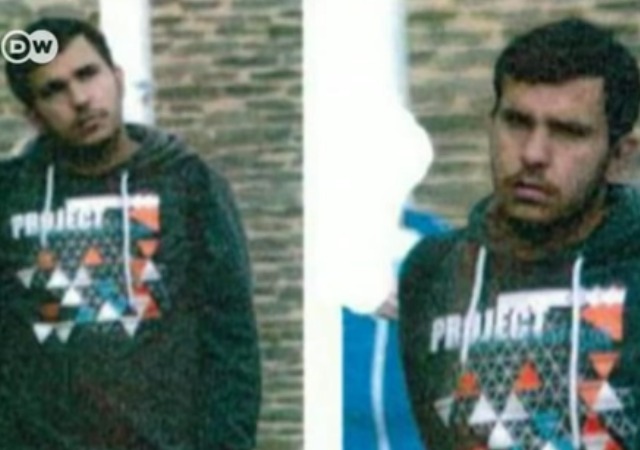 German authorities have captured the Jaber Albakr, a Syrian refugee, after police raided his apartment on Saturday and discovered a huge bomb making factory. Officials said Albakr planned attacks similar to those in Paris and Brussels and that the Islamic State (ISIS) inspired him:

Joerg Michaelis, president of the Saxony state criminal investigation office, separately told a news conference that the 22-year-old refugee was most likely inspired by Islamic State.

“The behavior of the suspect speaks for an IS (Islamic State) context,” he said.

Two Syrians took him in, but immediately “tied him up when they realised that he was a wanted man.” One stayed to watch over him while the other went to the police station.

?NEWS: Tired but overjoyed: we captured the terror suspect last night in Leipzig❗️

Albakr came to Germany illegally last February from Damascus. Authorities stopped him, but he registered with the police and asked for asylum two weeks later. The government upheld his asylum claim “four months later.”

Al-Bakr had managed to escape arrest on Saturday despite being seen by armed police commandos who fired a warning shot during their dawn raid on his apartment. The police then evacuated the building of more than 100 residents and blew open the door to the flat.

They found several hundred grams of TATP, a highly potent explosive substance, and warned that even a small quantity could have caused enormous damage. The broadcaster ZDF reported that the explosive, which was destroyed in a controlled blast, was the same as that used in the Paris and Brussels terrorist attacks.

Meet one of Hillary’s beloved refugees

Another refugee with skills the German workforce is in desperate need of, no doubt.

Yes,persecutor, doing the jobs that Germans just won’t do. Hillary, our farseeing better in every respect, has intuited a similar shortage on this side of the pond. Not enough IED makers, not enough explosive vest wearers, and if we’re going to be frank about it, not enough Allah Akbar shouters followed by hails of automatic gunfire.

That’s why I’m supporting open borders. We need to be more like Europe. After all, You can’t mouth stupid platitudes about “the international community,” “social justice,” or “fairness” without corpse counts of at least 100 million—just like Europe.