A trend in Europe. 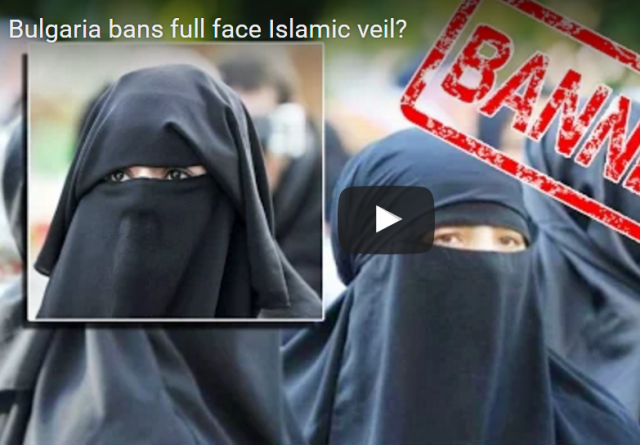 Banning the burka is catching on in Europe, as we reported the other day, Swiss Parliament Votes to Ban Burqas in Public. Here is another report, this time from Bulgaria.

Via The Express, Bulgaria bans the burka – and offenders will LOSE their benefits:

Bulgaria’s parliament banned the wearing of face veils on Friday in a bid to boost security in the wake of Islamist militant attacks in Europe.

The new “burqa ban” law, which had been driven by the nationalist Patriotic Front coalition, comes after France, the Netherlands and Belgium banned the wearing of burqas or niqabs in public.

The ban will not only apply to Bulgarian citizens but also to anyone temporarily in the country.

The new law states that clothing that conceals the face may not be worn in the institutions of Bulgaria’s central and local administrations, schools, cultural institutions, and places of public recreation, sports and communications.

Krasimir Velchev, a senior lawmaker for the ruling GERB, said: “The law is not directed against religious communities and is not repressive.

“We made a very good law for the safety of our children.”

Covering the head, eyes, ears and mouth will only be permitted for health reasons, professional necessity and at sporting and cultural events.

The ban will also apply to houses of worship.