The bill may not pass the next phase, though. 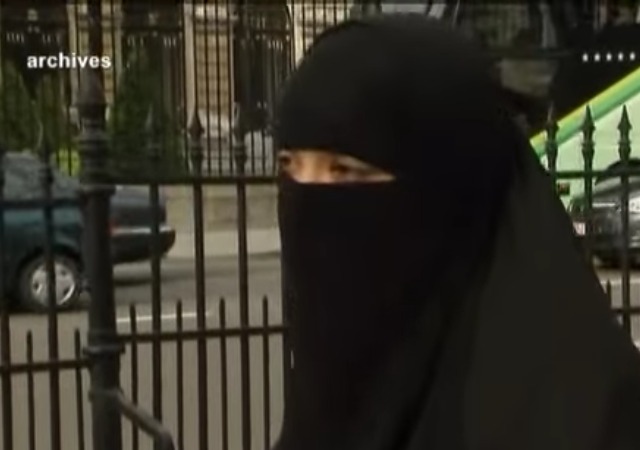 The Swiss lower parliament has approved a bill to ban women from wearing a burqa in public by a vote of 88 to 87 with 10 abstentions. The commission of representatives will receive the bill, but the members will likely vote against it since the member already “ruled out such a proposal at the beginning of 2016.”

The Ticino region inspired this bill when the local government banned the burqa. Due to the popularity, people organized a committee to collect signatures “to expand the ban across” Switzerland.

Despite that fact, the Swiss People’s Party (SVP) has started to collect the 100,000 signatures needed to push the bill to a public referendum. The party have exactly a year to accomplish their goal, but public polls have leaned their way:

Walter Wobmann, a lawmaker for the SVP, said that the goal of the burqa ban was to “maintain public order and respect for the dignity of women.”

Polls suggest that around 60 percent of Swiss voters support a ban on the full-faced veil. However, even if the proposal passed in a public vote, the Swiss government would still need to draft a legal proposal, which would then be subject to parliamentary approval.

Ticino is the only canton to introduce an outright burqa ban so far. The ban came into effect on July 1, after the first draft initiative was passed in the Italian-speaking canton three years earlier. Fines for wearing either a burqa or a niqab (where the face is covered but the eyes remain visible) range from 100 Swiss francs ($100; 92 euros) to 10,000 Swiss francs.

Wobmann has also asked that the country ban the hijab from passport photos since non-Muslim females cannot wear headbands or hats:

But now Swiss MP Walter Wobmann has spoke out and criticised the laws, saying that it is unfair women can wear hijabs while other garments are banned.

He told Swiss newspaper Blick: ‘It is unacceptable that you can wear a hijab in a photo but not a cap.

‘This is not a question of religious freedom but of equal treatment.’

Burkas should be banned in public, not out of animosity to Islam or to religion in general, but as a matter of public safety. Daniel Pipes has collected a surprisingly long list of crimes committed with the aid of burkas, just in Philadelphia alone.

But if this move is motivated by religious intolerance, as was the recent Swiss court decision that public school students will be forced to violate their consciences by shaking their teachers’ hands, then it’s to be condemned. Thankfully in the USA we have RFRA laws both on the federal level and in many states, which protect religious people’s rights to reasonable accommodations from generally applicable laws.

The question of whether people should go around in public with their faces hidden is an objective one, whether or not it is “motivated by religious intolerance.” I agree with banning the burqa and the niqab.

An objective test does not make a law acceptable. If it is motivated by religious intolerance then it is unacceptable in any civilized society, and in the USA it is unconstitutional.

Cincy.jam, “cultural customs” are not sacred and “defending” them is not a valid reason to compel someone to do something that is against his conscience. In the USA such a law, albeit technically constitutional, would be unthinkable, and illegal at the federal level and in those states with a RFRA. It is expected that reasonable exceptions to generally applicable laws are always made for religious objectors. The Swiss are not just formal, they’re also super-bigots, always have been, and that is what motivated the ruling.

I disagree with your assessment of the student handshake rules. Europeans in general, and Swiss in particular, are more formal than we are. The handshake is a cultural custom and should be defended. The boys’ objection was touching a woman. Too bad. This is the West. If you allow an exemption for touching a female teacher’s hand, where do you stop? At stoning?

So, the lefties in the USA, who think everything European is the coolest thing ever, will call for banning them here now?

Switzerland is the last decent country in Europe, but Muslims will destroy it soon enough.

Well, Hungary is standing strong.
I do applaud the Swiss. They banned minarets, now the burka.
Milhouse has a good point, in that especially for security reasons they should be outlawed.

Upon learning myself of the true origins of Islam, Char Char Binks observation is not only prescient, it is a chillingly familiar pattern found in Islam’s history.

The minaret ban is outrageous, has no place in a civilized country, and any court in the USA would strike it down immediately as a blatant infringement on the right to the free exercise of religion. It wouldn’t even be a RFRA case, it would be a straight first amendment case.

I agree with you on the minaret ban, subject to local height restrictions on buildings, and also providing the city or town bans the amplified five-times-a-day call to prayer.

The early morning and late night calls would not be allowed in most jurisdictions, even in the USA. But there’s no reason to ban the daytime calls.

Height restrictions are subject to exceptions all the time, and thus in the USA they would be entitled to a similar exception.

I think Ireland is still a viable option should things continue to degenerate here thought their EU membership is a concern.

Banning the burqa is one thing and forbidding women to cover their hair in public settings is another. Do we insist that a nun remove her habit for a passport photo? What do we make of the fact that Mary is depicted in icons and statues universally with her hair covered? Pious Jewish women wear wigs and pious Russian women wear headscarves. Amish women wear bonnets.

Indeed, nobody is even proposing requiring women to go bareheaded. The only proposal is to require it for ID photos.