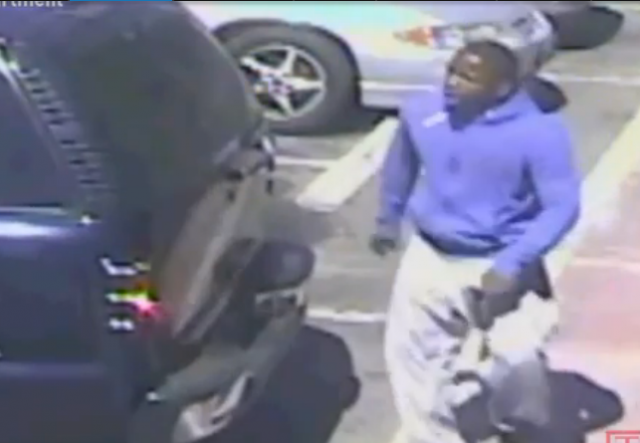 While tensions related to the fatal shooting of a a black man by El Cajon police have subsided, it appears the Los Angeles Police Department has also became a center of #BlackLivesMatters demonstrations.

The triggering incidents seem similar to the one in the San Diego, in which Alfred Olango took a shooting stance with an e-cigarette. However, both of these situations involved either a gun or an object that more closely resembled an actual weapons.

The Los Angeles police chief on Monday defended the use of deadly force against two men in separate fatal shootings over the weekend, saying one turned toward officers with a gun and the other pointed what looked like a real gun at police.

The shootings come amid heightened tensions over police actions involving black people and other minorities across the country.

A series of demonstrations have since ensued.

…On Saturday night, about 100 people crowded against yellow police tape blocking off Western Avenue, not far from where Snell was shot. Some shouted profanities at officers. One man complained about police helicopters and sirens keeping him up at night. Others said they were tired of being repeatedly stopped by officers — “they don’t do that in Beverly Hills,” one man said.

The next day, graffiti covered buildings near the intersection. “Rest well Carnell,” one message read. “LAPD” was written next to his name, the letters crossed out with an X….

…Crowds gathered near the scene of the shooting and remained there into the evening, but the demonstrations were peaceful. Police monitoring the protest initially wore riot gear, but removed it later.

Social media indicated that demonstrators planned to return to Garcetti’s house for a rally Sunday, but by afternoon a protest had yet to materialize. But signs of unrest lingered into the day, including yellow stains on the mayor’s residence left by eggs that had been thrown at it….

The demonstrations focused on demands for the LAPD to release the videos taken of the incidents. This has just happened for the altercation involving Carnell Snell.

There had been debate among members of the public as to whether Snell was armed before police fatally shot him on Saturday following a chase, but in the video made by a third party, it appears that Snell has a gun in his hand.

Snell is seen facing the camera with what appears to be a handgun, then turns and runs away, still holding the weapon, finally leaving the view of the camera. A police officer is seen running after him.

No further protests have been reported as of today for either El Cajon or Los Angeles. Hopefully, this unrest will as dissipate as quickly as it has in the San Diego area.

Carnell lived in the area, and, from reports, was wearing a blue shirt…

107th & Western is claimed by the underground crips (UGC) so it’s a safe bet that he was your garden variety gang member… https://unitedgangs.com/2014/04/28/underground-crips/

1. in a probable stolen car (CA doesn’t issue paper plates, so out of state vehicle)
2. wearing blue clothing. you don’t wear blue down there unless you’re a member. to do so otherwise puts you at risk from anything like a beating to just being shot. of course, if you are a member, you can still get beaten or shot by a rival gang.
3. under 21 in possession of a handgun… has to be stolen, etc, since you can’t lawfully purchase one until your 21.

IOW, great j*b by LAPD taking out the trash.