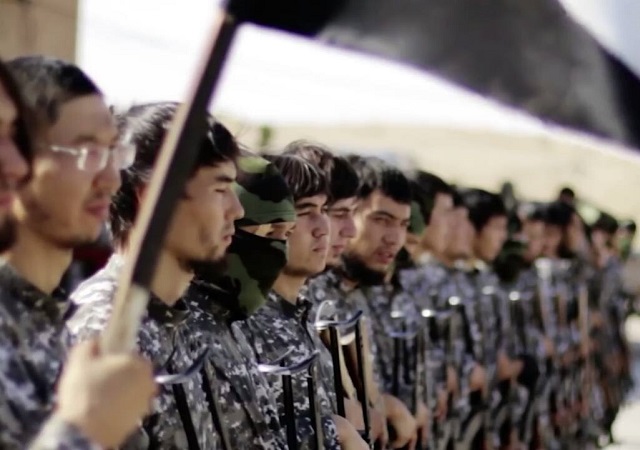 “Anti-Semitic, homophobic and sympathising with Jihad.” This is how a leading Austrian newspaper summed up the latest study looking into the attitudes of young Muslims living in the city of Vienna. The study commissioned by the city reveals that nearly one-third of the Muslim youth living in the Austrian capital hold radical Islamic views and support armed Jihad against the West.

The leftist coalition running the city attacked the findings of the study that yet again reveal the clutching hold of Islamism over Europe’s migrant Muslim population. The study also exposes the failure of Multiculturalism, a policy pursued for decades by Social Democrats and ecological Green Party, who run the Austrian capital.

The finding of a study on identity and radicalisation amongst Viennese youth commissioned by the city of Vienna are alarming: 27 percent of Muslim participants reject the West and place their religion above Austrian laws. They also view Jews and homosexuals negatively. (…)

The main focus of the study was threat of radicalisation amongst teenage Muslims. The extremists are recruiting supporters; be it on the internet, in the gyms or on the streets. (…) 27 percent of respondents sympathise with Jihadism, support violence and are anti-Western. [Author’s translation]

Vienna Socialist (SPÖ) City Councilwoman Sandra Frauenberger downplayed the findings saying, “Young people talk about things that they don’t fully understand.” She also rejected the idea that these young Muslims could pose a threat to Austrian society, saying that it was these ‘vulnerable’ Muslims who needed state protection. “We have to protect them.”

“Multiculturalism is finally dead,” declared the Austrian right-wing Freedom Party (FPÖ) reacting to the study. Maximilian Krauss of the Freedom Party called for the removal of Councilwoman Frauenberger, saying, “Instead of somehow integrating the second generation, we are partially raising a new generation of fanatical Jihadi.”

The study once again shows that other European metropoles too are fast catching up with Paris, Brussels and Stockholm. The rise in Muslim populations owing to higher birth-rates and unrestricted migration goes hand in hand with radicalisation of European inner cities.

Europe’s denial to stand up for Western values, paraded politically as Multiculturalism, offers no resistance to the march of fanatical Islamism. In fact, Liberal Europe celebrates its piecemeal surrender as “diversity” and “cultural enrichment”. Just like the short-sighted politicians of Vienna, politicians across Europe are busy attacking the messenger instead of facing the facts.

Islam’s founding roots make it a religion of conquest with a deep hatred of Jews and Christians.

That the stats show 27% are open to Jihad and 47% are anti-Semitic ought to be lower than expected, not higher.

“We have to protect them.”

That’s dumbassery on parade, people. She just needs a marching band in front of her.

“We have to protect them.”

Wow. People who have a bad attitude, and move into a country while embracing an agenda of world conquest, are to be protected. How she must hate decency in general.

Immigration reform did not end with the refugee crises.

they want jihad? i say we give them the holey war they are dying to fight.

I wonder what Ms. Kirby Pantsuit Open Borders has to say about this?