“my life is not a debate” 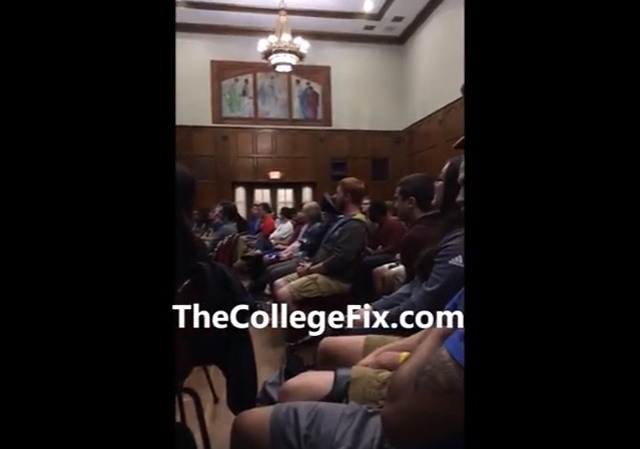 Sometimes it seems like members of Black Lives Matter just want to seize the spotlight rather than have a discussion. They really like being the center of attention and controlling events.

A routine debate on Tuesday hosted by a University of Michigan debate club was effectively shut down after a throng of protesters stormed the event and repeatedly shouted over participants, claiming the debate topic on whether the Black Lives Matter is harmful to racial relations was too racist and bigoted to be discussed.

Holding signs with statements such as “my life is not a debate” and “black lives are not up for debate,” as well as chanting “Black Lives Matter,” hundreds of protesters filed into the room where the Michigan Political Union, a non-partisan parliamentary forum that facilitates discussions about contemporary issues, was just beginning its debate Tuesday night.

Michigan Political Union’s President student Joshua Strup had attempted to hold the door into the venue closed as those at the debate heard the crowd of protestors approaching, as the room was already filled to capacity, but to no avail. The protesters burst through and stood along the room’s four walls as well as the walkways between chairs.