What does he think this is, the Olympics? 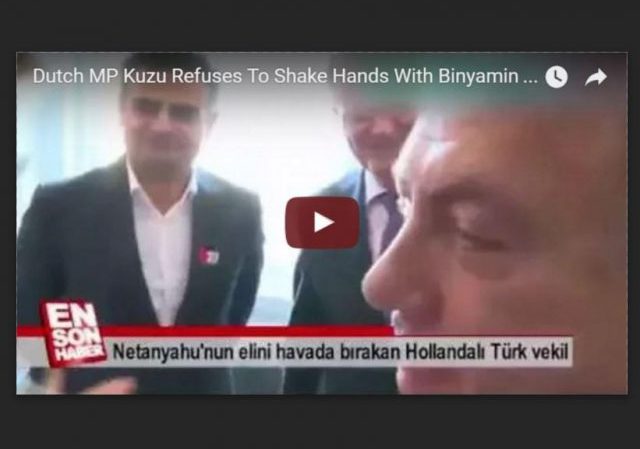 Remember the Egyptian Judo Olympic competitor who got his ass kicked by an Israeli athlete then refused to shake hands?

At least had the excuse of being a sore loser.

But this Dutch Muslim Member of Parliament is just a pure hater.

Dutch Member of Parliament Tunahan Kuzu – of Turkish descent – has refused to shake Israeli Prime Minister Binyamin Netanyahu’s hand as the latter greeted legislators on a diplomatic visit. Instead, Kuzu pointed to his palestinian flag lapel pin and placed his hands behind his back.

I guess he thought it was the Olympic Games.

The Times of Israel has the money shot: 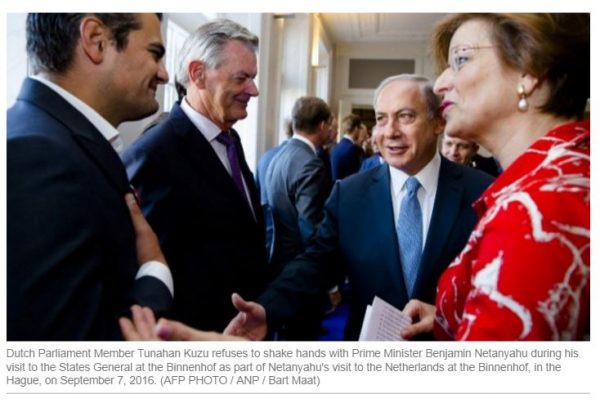 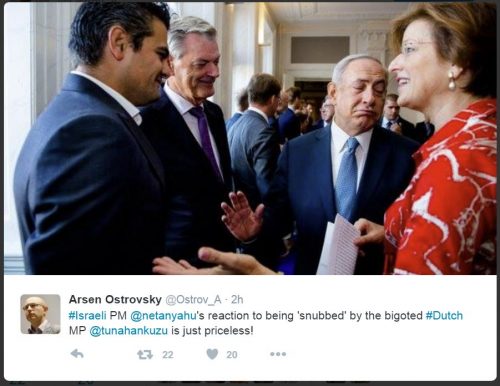 Bibi shoulda kicked his ass, too. What a stinking reflection the Dutch.