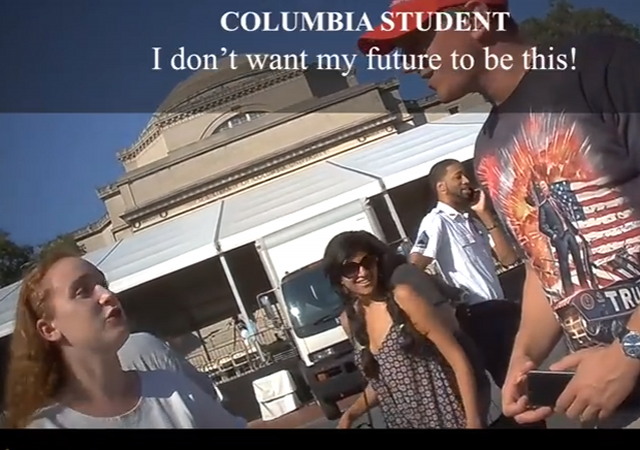 We covered the great campus Chalkening back in April.

Now James O’Keefe has used this to make a Columbia student cry.

Conservative activist James O’Keefe visited Columbia University’s campus in late August and brought a student to tears by showing his support for Donald Trump in chalk and cardboard bricks.

“I’m scared that you guys even think this,” a female Columbia student told O’Keefe in a video first obtained by The Daily Caller.

O’Keefe replied, “What do you mean?”

The student got distraught and said, “I don’t want my future to be this!” She later said, “You don’t have to make a wall. You don’t need a man like this!”

Which would include the entire Democratic Party….

Indeed, indeed. Certainly not the uneducated little snowflakes that find themselves in a higher learning situation.

I’m sure her parents are so proud considering what Columbia costs.

Lunacy has this country in a vise and I don’t see us recovering.