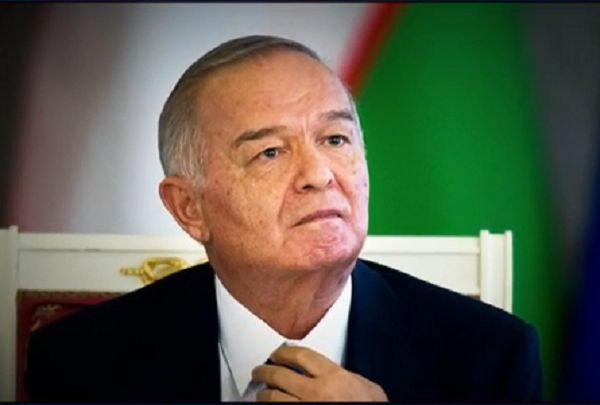 The announcement of passing of Uzbekistan’s veteran dictator Islam Karimov came as surprise to no one in the Russian-speaking world.  The rumors of his death, following a stroke that his younger daughter announced on her Instagram account, had been circulating for days when, in a situation similar to a true Soviet leader’s demise:

The Uzbek government did not confirm the reports at first but played funeral music on state channels. [Put yourself in their shoes: How does one break the news like that to the population?] Later on Friday the government eventually released a statement saying the 78-year-old president had died.

Soviet leaders’ state of health was never discussed in press, death announcements — delayed. Western Kremlinologists and ordinary Russians alike had to crack their heads to figure out what was going on. The lack of transparency gives an edge to the strongmen: Recall the Vladimir Putin’s pointed disappearance last March prompting speculations of the Russian president’s death.  If Putin was only playing with our heads, Karimov was for real.

Islam Karimov was a part of the Uzbek Communist nomenklatura, originally appointed by Mikhail Gorbachev in 1989, before the breakdown of USSR.  Karimov maintained power thereafter in the most Soviet-like fashion: believe it or not, he was last reelected by a 90% majority.

Like the Soviet leaders, Karimov died without a clear successor.  His elder daughter Gulnara, popularly known as Googoosha, a venal globe trotter, aspiring pop star and self-described “exotic Uzbekistan beauty”, was once considered the heir apparent.  However, following a family feud, during which her younger sister Lola accused her of being “friends with sorcerers”, Googoosha dropped off the face of the Earth.

The former Soviet “republic” provided the US with bases in the south of the country for the 2002 invasion of its neighbor Afghanistan, but the relationship soured in 2005 because of the Central Asian nation’s human rights violations.  Karimov closed the base and in 2014 passed the law forbidding the establishment of foreign military bases in Uzbekistan (although Germany continues to maintain one there).  Despite drifting away from the West, the country continues to maintain distance from Russia:

Cultural, economic and political ties with Moscow have been close but at the same time Karimov often regarded the Kremlin’s intentions with suspicion. According to US diplomats, he bitterly criticised Russian attempts to carve out a sphere of influence in its “near abroad” and bristled at what he perceived as Russian Slavic condescension.

Much has to be said about Uzbekistan’s human rights violations.  Among them is widespread forced labor, including forced child labor, a vestige of socialist past.  More horrific yet are the country’s prisons in which inmates are tortured to death, including at least two murdered by boiling.  The political prisoner population is believed to be numbering 10,000.

Although some ISIS members are Uzbekistan nationals, Islamic State does not have a foothold there.  For this reason alone it’s hard to overestimate the importance of this Central Asian nation.  Who will lead it next?  Experts predict status quo:

[M]ost analysts [are] agreeing that the prime minister and the head of the security services are the main centres of power.

Deidre Tynan, Central Asia project director at International Crisis Group, said: “If there is disagreement or conflict between different players, they will try to keep it behind closed doors. The risks multiply if they are not able to put on a public front of unity.”

[Put yourself in their shoes: How does one break the news like that to the population?]
Ding dong the ONE is dead?