Another BDS takedown at UCLA. 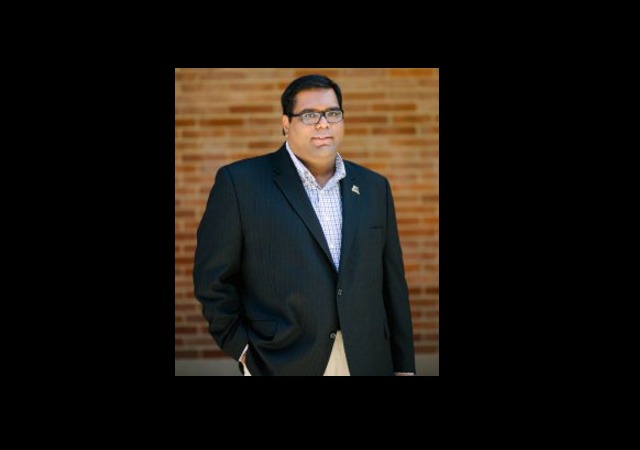 Former UCLA law student and Graduate Student Association (GSA) president Milan Chatterjee has left the school after constant harassment from the Boycott, Divest, and Sanctions (BDS) movement and anti-Israel hate. All because he decided to remain NEUTRAL.

The Students for Justice in Palestine (SJP) has led numerous smear campaigns against Chatterjee, even bringing in the ACLU and Palestine Legal (PL) to bring him down. Chatterjee has had enough, especially since UCLA administrators have done nothing to help him.

Since November 2015, I have been relentlessly attacked, bullied and harassed by BDS-affiliated organizations and students. The smear and harassment campaign started with the false accusation that I (an Indian-American Hindu) was not “viewpoint neutral” when allocating funds, in my capacity as Graduate Student Body President, to a diversity event. What really occurred is that my administration and I abstained from supporting either a pro- or anti- BDS agenda. This condition was explicitly approved by a UCLA administrator. The event took place on November 5, 2015 and a variety of campus viewpoints were actively represented, including both sides of the issues raised by the BDS movement. Dean Erwin Chemerinsky– one of America’s leading constitutional law scholars– and four legal organizations concluded that my administration and I acted in a viewpoint neutral manner.

Subsequently, BDS activists wrote defamatory articles about me and led a grassroots campaign against me on the UCLA campus. They even tried, on multiple occasions, to remove me as Graduate Student Body President. I reached out to senior members of your administration– many times– for guidance and support to defuse this situation. Furthermore, I believed that these administrators would be especially sensitive given the public outcry caused by similar BDS-led efforts against UCLA students Rachel Beyda, Avi Oved, Lauren Rogers, and Sunny Singh. I could not have been more mistaken. Your administrators were non-responsive and unhelpful.

In fact, when Palestine Legal and the ACLU circulated a legal letter defaming me on the Internet, had their attorneys write a libelous article about me in the Daily Bruin, and sent lawyers to Graduate Student Association meetings to attack me personally, I contacted the Interim Vice Chancellor of Legal Affairs many times for help. Not only did she decline to provide me with the necessary legal support, but she told me that I needed to get my own attorney. Finally, I was connected to the American Jewish Committee, who found the situation serious enough to refer me to a pro-bono counsel.

The ACLU said that Chatterjee and the GSA “engaged in ‘viewpoint discrimination’ by choosing to remain neutral on the BDS movement.” If neutral is now discrimination, I guess everything is now!

GSA members told The Daily Bruin that the group has avoided “the potentially divisive and controversial topic of Israel-Palestine politics” to respect all students at the school.

The American Center for Law & Justice (ACLJ) easily debunked these allegations from the ACLU and American constitutional law scholar Erwin Chemerinsky even said that the group’s policy is “viewpoint neutral and is consistent with the First Amendment.”

The group StandWithUs has issued a statement in support of Chatterjee and demanded UCLA investigate the harassment against him:

Furthermore, we are shocked and outraged that the UCLA Administration has allowed a confidential document about Mr. Chatterjee to be leaked by UCLA Students for Justice in Palestine (SJP) and refused to address the issue after the fact. We join the American Jewish Committee (AJC) in calling on the U.S. Department of Education (DOE) to investigate this violation of Mr. Chatterjee’s privacy as a student, and urge UCLA to immediately launch its own investigation of SJP’s conduct in this matter.

UCLA’s Students for Justice in Palestine (SJP) and national anti-Israel groups have engaged in months of public attacks against Mr. Chatterjee, because of his desire to keep his student government neutral on issues related to the Israeli-Palestinian conflict. No student anywhere deserves to be harassed in this manner, and especially not when striving for neutrality rather than staking out a partisan position on a controversial topic. We commend Mr. Chatterjee for standing up for his beliefs in the face of intimidation, and hope that the attacks he has faced from anti-Israel extremists are taken as a testament to his principles, rather than a stain on his reputation.

Anti-Semitism appears to be rampant at UCLA, though. In February 2015, Professor Jacobson reported that BDS supporters objected to a student judicial board candidate just because she is Jewish.

But the professor received some hope in December 2015 when a student who had a BDS meltdown after the council rejected the movement in February 2014 had a change of heart:

“I don’t believe Israel is evil,” Danielle Dimacali said. “In fact I think it’s a great progressive country that offers a lot of freedom for its citizens.”

Huh. I guess UCLA might as well strike Chatterjee from the old alum fund-raiser.

“You will be MADE to care”. Neutrality is not to be tolerated.

“Neutrality is not to be tolerated.”

Not by the Brownshirts nor their sympathizers in the administration.