Prof. Glenn Reynolds (@instapundit) in the clear – No action by U Tennessee over “run them down” tweet

Prof. Glenn Reynolds (@instapundit) in the clear – No action by U Tennessee over “run them down” tweet

Don’t mess with the General of the Army of Davids. 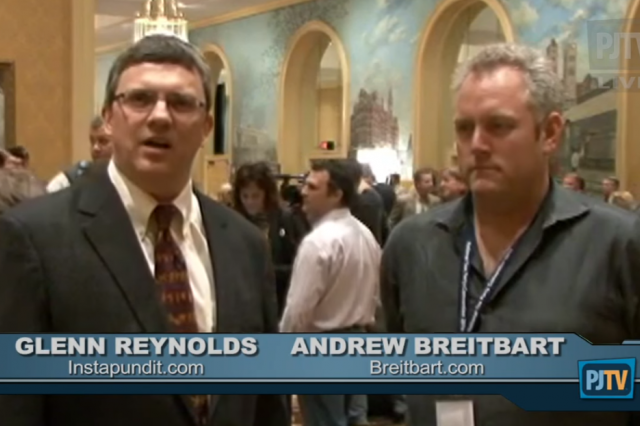 The University of Tennessee  at Knoxville apparently doesn’t want to take on the leader of the Army of Davids.

We reported the other day that UTK was “investigating” Prof. Glenn Reynolds of Instapundit over the tweet suggesting that drivers surrounded by the violent racist mobs of rioters on Charlotee highways “run them down,” Twitter suspends Instapundit for suggesting people not become victims of racist thug rioters (Update): 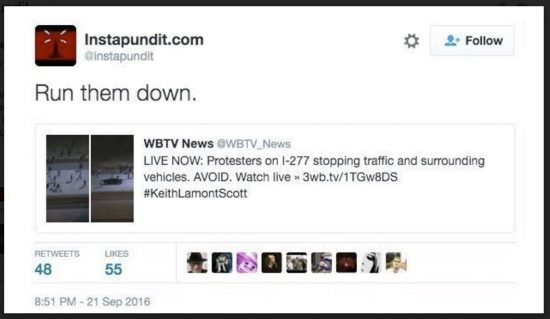 Any reasonable person would have understood that tweet to mean that if threatened with deadly force by the rioters, you could escape by driving through the mob. That tweet and advice was consistent with the law of self-defense.

But this being the internet, the reaction was not reasonable, and there was a 48 hour mini-rage at Prof. Reynolds, including by other law professors.

Screenshot of @instapundit post in case it is gone in the am pic.twitter.com/q3X6QBVFyr

The investigation is done. No action will be taken, via Knox News:

The University of Tennessee College of Law Dean Melanie D. Wilson said Tuesday that no disciplinary action will be taken against one of its law professors and contributing columnist for USA TODAY and the News Sentinel who urged motorists to run over demonstrators blocking traffic in Charlotte, N.C.

“Nevertheless, the tweet offended many members of our community and beyond, and I understand the hurt and frustration they feel.”

It is important to get to the bottom of who complained to UTK and tried to get Prof. Reynolds fired. We intend to do just that.

Oh good. It’s out of hand when a comment that took three seconds to make and which harmed literally no one could endanger the speaker.

Sadly, for a lot of people, the situation would not have turned out as well.

Still, USAToday has suspended Glenn for a month, and he did issue an apology, which I think is a shame.

I think it’s a shame that USA Today had the moral arrogance to think it could punish Professor Reynolds with this slap on the wrist.

If they felt he is an evil person, they should have terminated his contract. This way, they are saying “naughty child. don’t ever do that again.”

I would be very disappointed if Professor Reynolds’ first column after being let out of the doghouse is not: “Go to hell, USA Today. My moral authority, intellectual attainment, and popularity is much greater than anybody on your staff. Hasta no la vista.”

Glenn was right to apologize for it. He’s a pro. But there’s no question the message sailed over most people’s heads. One of the MSM’s favorite pastimes is to portray protestors as peaceful with legitimate grievances, even up until the point where they degenerate into rioters and looters causing whatever mayhem they can.

Glenn captured that point exactly where readers were being told to avoid the area – due to all the peaceful protestors – and pasted “Run Them Down” which was clever I thought. But if you don’t have the context and you actually take the MSM’s reports at face value, then you’ll read it differently, although that’s his fault, or at least not entirely.

sorry, I meant “although that’s NOT his fault, or at least not entirely”. (60 second edit function please?)

Apologizing does nothing but show weakness, but that’s where the country is right now.

It was a “tweet,” for heaven’s sake! 140 characters. Not an essay, an editorial, or a column, much less a legal article. He should not have apologized. Anyone with any common sense, not to mention knowledge of Reynolds, would have known what he meant.

Sailed over Leftist heads. He’d have had to aim much lower.

“It is important to get to the bottom of who complained to UTK and tried to get Prof. Reynolds fired. We intend to do just that.”

BLM has been trying to get someone killed from the get-go. Since they have not yet succeeded in provoking traffic accidents and overreaction by the police, they have resorted to physical attacks on bystanders and gunfire against other demonstrators. They must be taking notes from Hamas.

I’ll still run them down, if necessary.

Words have meaning, and the English language allows for very precise expression. Reynolds gets paid to write, so for him to apologize for sloppy writing that could be easily misconstrued is understandable. I think he was right in issuing an apology. I also think that anyone who interpreted his comment to be a call for vigilantism is an ignoramus.

When I did an internship in InnerCity Detroit, I was told to cruise through lights and stop signs until I was in a safer area.

When I moved to another city, I was working very late and cruised through a stop sign. When I was stopped, I explained that I had been trained to cruise through lights at certain times. The cop understood and gave me a warning.

If he doesn’t actually think people should drive through those who try to block their way, even if they don’t fear for their lives, then I suppose he was right to apologize, as anyone should when their words imply something they didn’t intend.

But I think hecklers should not be allowed a veto, and neither “protesters” nor picketers should be allowed to prevent peaceful people from going about their lawful business, so I think that if the police can’t or won’t remove such people then their victims should drive through them, even if they’re in no fear at all.

If the law doesn’t agree, then the law should be changed.

I was disappointed he apologized. I know it wasn’t much of an apology but they still get to say “he apologized.”

I am really, really tired of our side apologizing for the special snowflakes’ hurt feelings. My son is a freshman in college and the crap he puts up with is astonishing. There is only one side of thought allowed in our country right now and I am very sick of it.

This case ended well. Others where the speaker or tweeter might not be so bulletproof – that’s the worry.