We covered how anti-Israel activists promoting the boycott of Israel infiltrated the Black Lives Matters movement from the get-go, and have used their influence to turn the movement against Israel.

That infiltration most recently showed up with absurd and defamatory accusations against Israel in the platform of the Movement for Black Lives, a coalition of 50 groups, If you are surprised #BlackLivesMatter joined war on Israel, you haven’t been paying attention.

There has been pushback not only from Jewish groups, but also from black groups, Coalition of Missouri black church leaders rejects #BlackLivesMatter anti-Israel platform.

Now, one cabaret owner has mounted his own mini-boycott against Black Lives Matters, refusing to allow a Broadway fundraiser for the group at his business. 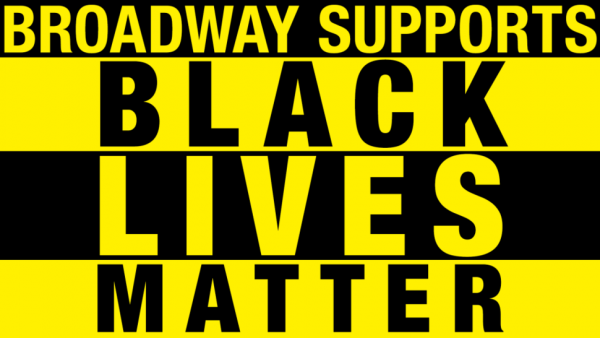 The owners of Feinstein’s/54 Below, a small performance venue just north of Times Square, this week emailed ticket buyers to the event, informing them of the cancellation. In a separate message to participants, the owners cited a platform released this summer by a coalition of groups affiliated with the Black Lives Matter movement that declared “Israel is an apartheid state” and denounced what it described as “the genocide taking place against the Palestinian people.”

The concert was scheduled for Sunday, Sept. 11, and would have been directed by the actress Tonya Pinkins (“Caroline, or Change”).

In the note to participants, 54 Below said that its owners and managers “strongly believe in and support the general thrust of the goals and objectives” of the Black Lives Matter movement.

It continued, “However, since announcing the benefit they’ve become aware of a recent addition to the B.L.M. platform that accuses Israel of genocide and endorses a range of boycott and sanction actions.”

The statement said, “As we can’t support these positions, we’ve accordingly decided to cancel the concert.”

Needless to say, the boycotters don’t like it when they are boycotted.

Ben Norton, the anti-Israel activist who is on staff at Salon.com as a writer, repeated the false accusations against Israel in protesting the decision, and revealed his Marxist outlook by calling the cabaret owner “bourgeois”:

And of course, the “as a Jew” haters showed up to let people know they hate Israel and they are Jews:

As a Jew and a theater artist, I am enraged about this. https://t.co/GzQxLnshRP #blacklivesmatter #freepalestine #antizionistjews

BDS is a settler colonial ideology.

BDS has infiltrated and subjugated the Black Lives Matter movement and doesn’t care about the damage. Black Lives don’t matter to BDS.

Can BLM extract the parasitic wasp that is BDS? Doubtful at this point.

What a wonderfully, unintentionally accurate line.

Islam is like socialism, fascism and any other Leftist system…a failure.