A Jew-free Judea and Samaria is no path to peace. 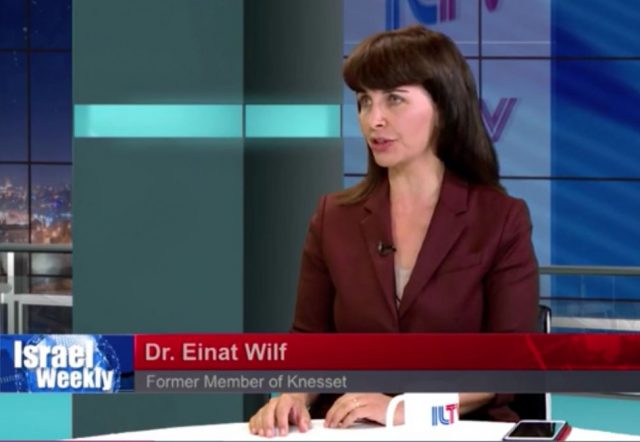 The demand that Jews leave Judea and Samaria (the “West Bank”) as part of a two-state solution is nothing less than a demand for ethnic cleansing that cannot be a basis for peace, Netanyahu: Ethnic Cleansing of Jews For Peace is Absurd:

That video, and the truth underlying it, caused a fury because it took on a core (but false) international view that Jewish presence beyond the 1949 armistice line (pre-1967) is illegitimate at best, illegal at worst.

This is an offshoot of what now is standard BDS propaganda that Israel is a settler colonial nation, something I discussed in my  prior post, BDS is a Settler Colonial Ideology.  In that narrative, the Arabs of the British Mandate for Palestine are the purest of victims, and the Jews are the purest of perpetrators. And nowhere is that false dichotomy more clear to the propagandists than beyond the 1949 armistice line, an area controlled by Jordan illegally between 1949 and 1967.

According to that narrative, Jews living in the Jewish Quarter of the Old City of Jerusalem, which was ethnically cleansed by Jordan, or in Hebron, which was ethnically cleansed in 1929 Arab riots, must leave if there is to be peace, the story line goes. Of course, there was no peace prior to 1967, and many if not most Palestinians view all of Israel as occupied, but those wedded to the idea that removal of Jews from Judea and Samaria will bring peace are blind to the obvious.

The Obama administration lashed out at Netanyahu, Obama admin attacks Netanyahu for objecting to ethnic cleansing of Jews (seriously). An U.N. Secretary General Ban Ki-Moon just did so as well. So did the Anti-Defamation League, in an absurd op-ed by its CEO, Jonathan Greenblatt, Sorry Bibi, the Palestinians Are Not ‘Ethnic Cleansing’ Jewish Settlers.

If Netanyahu’s goal was to rock the boat on the international demand that Jews leave Judea and Samaria, he succeeded. And such a shake up may have been the plan, according to former Knesset member Einat Wilf in a television interview in Israel.

I was not familiar with Wilf prior to this, but she makes a reasonable analysis, which she explained on her Facebook page:

While the settlements are not (to say the least) the best vehicle to make the argument about ethnic cleansing in the Israeli – Arab conflict, it’s not a bad idea to remind the world that it is the Arab side that has pursued a consistent policy of ethnically cleansing the Jews from the region – whether from Arab countries (successfully) or during the Arab war of 1947-1949 designed to crush the nascent State of Israel (mercifully a failure to this day).

It has to be said again and again: Had the the Arabs not violently rejected the UN Partition proposal and opened war against the nascent State of Israel there would have been no displacement of Arab Palestinians and no refugees.

If anything, when the cease fire lines were set in 1949 all Jews were ethnically cleansed from the Arab side of those lines, whereas Arabs remained securely on the Israeli side of it, becoming Israel’s Arab citizens.
In this short interview I highlight this aspect of the PM’s “ethnic cleansing” video.

These are uncomfortable truths for an international community which has internalized the false notion that Jewish presence in Judea and Samaria is illegitimate or illegal.

The narrative needs to be reset, not reinforced, if there is to be peace.

Update: Be sure to read Prof. Eugene Kontorovich, A legal view into Netanyahu’s ‘ethnic cleansing’ speech

It’s just amazing that American institutions would chastise Netanyahu for this video. It’s downright shameful how much undermining this sitting President’s administration has done to America’s established foreign policy.

I think this is possibly the best public humiliation of the Obama administration I have seen yet. It’s about darn time.

The left is a huge pile of moral failings of course, but some do surprise me more than others, and embracing the PLO or whatever they’re called now is certainly one of those. They care nothing for or are actively hostile to the stated ideals and goals of the left – free speech, equal rights, diversity, peace, etc etc. Their only commonality is that they’re willing to spend other people’s lives for a cause if it places and keeps them in power.

The case that the Palestinians don’t want peace has been successfully made to anyone willing to assess the situation honestly. In 2000, Bill Clinton, to his credit, specifically blamed Arafat for the failure of the 2000 Camp David talks, which were designed to pick up the pieces after the 1993 Oslo accords and Yitzhak Rabin’s land-for-peace projects ended in failure.

Since then the Palestinian leadership has been for more belligerent and intractable, no doubt assuming that the best way to stay in power is to remain at war for as long as possible while still somehow presenting themselves to the world as victims in need of redress.