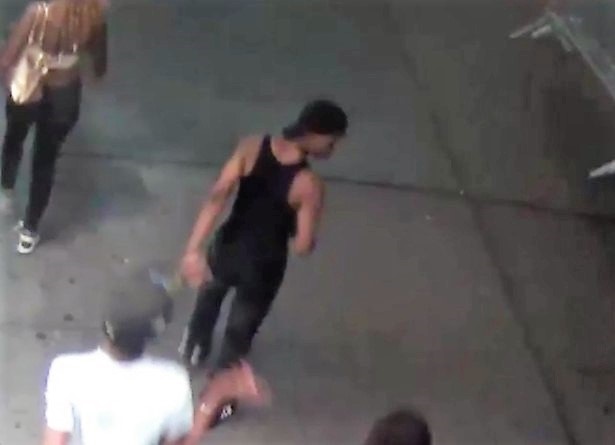 Reports of a Muslim woman in traditional Muslim attire being set on fire were met with justifiable shock and horror . . . and assumptions about the nature of the crime.

For example, The Guardian pondered the courage it takes “just going out” in traditional Islamic dress.  They followed this up with dire warnings, including:  “We are facing the most hostile environment since the immediate aftermath of 9/11. All Americans must speak out otherwise there will be worse to come.”

CAIR-NY weighed in with its own condemnation based on the assumption that this was a hate crime.

It turns out, however, that the perpetrators were equal opportunity arsonists, trying to set other woman on fire . . . not just those who appeared to be Muslim.

New York police investigating an attack in which a Muslim woman’s clothing was set alight are no longer probing the case as a hate crime after linking the suspects to similar assaults on non-Muslims, authorities said on Wednesday.

A man who was part of a group set fire to the 35-year-old woman’s traditional Islamic attire as she window shopped outside a luxury clothing store in Midtown Manhattan on Saturday, police said in a statement. The victim quickly patted out the flames and was unharmed.

Police said they initially believed the crime, committed a day before the 15th anniversary of the Sept. 11, 2001 attacks, may have been prompted by what the woman was wearing.

After further investigation, officers determined that at least three other women were threatened with fire by the same group of suspects on Tuesday, police said. Those women were not wearing Muslim clothing.

Loonies walking around in broad daylight setting people on fire? And the progs wonder why some of us prefer to maintain our right to self defense?

Don’t forget matches, and flint&steel, and magnifying glasses, and electrical sparks, and sticks, and…

We’re gonna need a new government agency to administer this…

Why do you need a semi-automatic lighter that can set hundreds of fires? Why can’t use use a single use matchstick like they did when the Founding Fathers wrote the Constitution?

While taking your snark, nobody at the time had what we’d call a match, and nobody would for several decades.

Interesting what all we take for granted.

Are we on a course of societal breakdown, or are we just more aware of crimes committed due to the increasing reporting of tehm through our technology? I’m hoping it’s the latter. If it’s the former, history suggests to me that we’re in a long spiral downward.

Look at Europe and their continuing worsening situation. Can we fare any better? I’m not optimistic. Given the corruption of our government, the defacement of our judicial system, and what I perceive as a spiritual poverty of our Judeo-Christian heritage, it appears we’re in for a long, long struggle with the outcome uncertain.

I suspect it is some of both, mostly the latter.
And, remember, “If it bleeds, it leads”. So, not only do we live in a tossing sea of information, a lot of what we get is bad news.

But I also suspect a third influence, and that’s the role of cities in shaping human conduct.

I’d suggest that there have always been people inclined to do evil, malignant things to others…or to themselves. When people mostly lived in villages or towns, that inclination would be much less likely to express itself. We pretty much HAD to live according to norms, and nobody had anonymity to act like the thugs shown here.

When we moved to big cities, we became much more anonymous and much less likely to feel the social pressure we would in a smaller community. We also tend to be MORE detached from the realities of life, and so we get aberrations like some of the freakish obsessions with animals (see Harambe), weird sex, and “rights” that don’t and never did exist anywhere, ever. Some of us are dehumanized.

Remember when the local newspaper’s front page was mostly about local matters? Remember when a confrontation between a professor and a policeman took place without the intrusion of the POTUS? Remember when not all news that was reported didn’t sound like editorials? The news has become so blended with the more sensational capturing the lion’s share of attention. Plus, I think there is a certain intensity that is added to the mix which is inflammatory and inciting of strong emotion.

I’ve wonder, as well, about major cities. There must be some studies about their impact on the quality of life. Having lived in major cities, town and country, and rural, pioneer-like, I’m more comfortable in the woods and fields than the concrete, steel, and asphalt. Home, home on the range …

Looking at that security camera photo, I’m guessing the perp will have a name like Dashawn. This supposition is supported by the fact that a disproportionate fraction of vicious recreational violence against strangers is committed by “urban” youths.

Having to stand for the National Anthem as a child probably made him do it.

Is this a case of there not being enough hate crimes being committed against muslims that they need to attack themselves in an effort to keep saying how hate filled non-muslims are?

Is this like saying that Muslims were killed in the 9/11 attack thus it could not have been Islamic terrorism?

It’s more like saying that because it (supposedly) wasn’t an anti-Muslim attack, it wasn’t a hate crime, even though those assaulted could very well have been targeted for a reason or reasons that would fall neatly into that category.

Like, for example, the fact that they were all women.

Of course, I would have said that trying to light someone on fire is pretty clear evidence that you hate them. I don’t need to figure out what polysyllabic term correctly identifies the precise genus and species of the hate to know that.

I doubt they hated the people they lit. It’s possible they chose victims from those they hated, or thought less worthy of human dignity, or had contempt for, but they were most likely just doing it for kicks. It may or may not be legally considered a hate crime, but I doubt the authorities are looking to pin that on them.

A progressive realization of the “knockout game”.