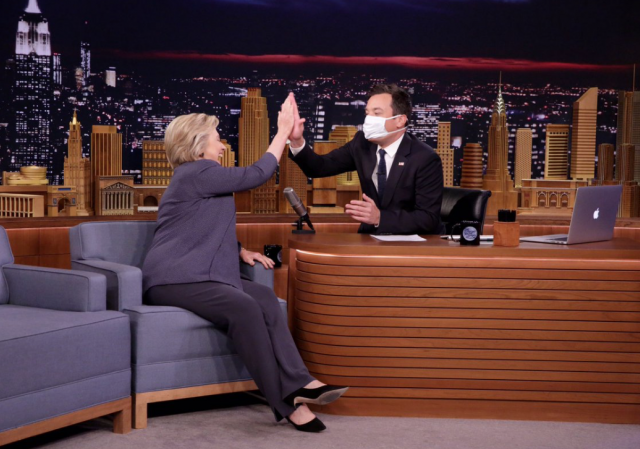 .@jimmyfallon put on a medical mask to start his interview with Hillary Clinton today. pic.twitter.com/m6KJlSBXZq

Last week, Donald Trump joined the “Tonight Show”. At the conclusion of his appearance, he let Jimmy Fallon mess up his hair.

That’s the sound of a campaign imploding.