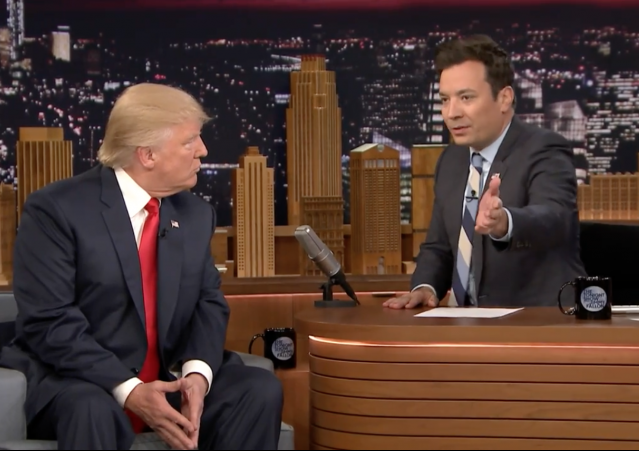 Fallon asked him about the polls and shared some of his Trump impersonations with the Republican candidate.

“I love the polls, but I don’t pay attention if I’m losing or lagging, I never mention them,” Trump joked about polling data. He also mentioned he was trying not to say so many shocking things.

At the end of the interview, Fallon asked Trump if he could mess up The Donald’s do. Hesitantly, Trump agreed.

The good news for Trump is that the internet is loving the messy hair clip, even if the media is spending their time on his years-old Obama/birther remarks.