Univision Will Shut Down Gawker Next Week

Univision Will Shut Down Gawker Next Week 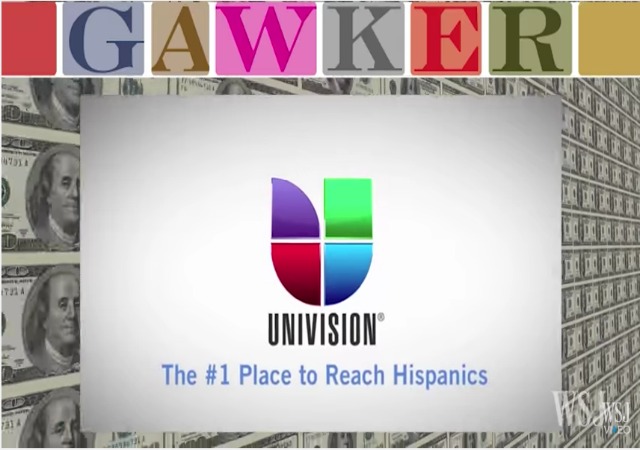 Univision has decided to end production at Gawker after they bought the company for $135 million at an auction. Reporter J.K. Trotter wrote:

After nearly fourteen years of operation, Gawker.com will be shutting down next week. The decision to close Gawker comes days after Univision successfully bid $135 million for Gawker Media’s six other websites, and four months after the Silicon Valley billionaire Peter Thiel revealed his clandestine legal campaign against the company.

Business Insider reported that the company “will still maintain Gawker’s other properties, like Gizmodo, Lifehacker, Jezebel, Deadspin, and so on.”

Their troubles began in 2007 when they outed Peter Thiel, a Silicon Valley billionaire. Not only that, but the site also published numerous articles on his friends, which he claims ruined their lives. Since then, he set up “a team of lawyers to find and help ‘victims’ of the company’s coverage mount cases against Gawker.”

In June, Gawker filed for bankruptcy protection due to the $140 million verdict to Hulk Hogan after they published a video of him having sex with his best friend’s wife.

No one knew until afterwards that Thiel helped pay for the $10 million lawsuit against Gawker:

“It’s less about revenge and more about specific deterrence,” he said on Wednesday in his first interview since his identity was revealed. “I saw Gawker pioneer a unique and incredibly damaging way of getting attention by bullying people even when there was no connection with the public interest.”

Mr. Thiel said that Gawker published articles that were “very painful and paralyzing for people who were targeted.” He said, “I thought it was worth fighting back.”

Mr. Thiel added: “I can defend myself. Most of the people they attack are not people in my category. They usually attack less prominent, far less wealthy people that simply can’t defend themselves.” He said that “even someone like Terry Bollea who is a millionaire and famous and a successful person didn’t quite have the resources to do this alone.”

Mr. Thiel said that he had decided several years ago to set his plan in motion. “I didn’t really want to do anything,” he said. “I thought it would do more harm to me than good. One of my friends convinced me that if I didn’t do something, nobody would.”

Some simple observations come out of this thread. These are just thoughts.

First, I have been wondering when conservatives would start mounting a legal campaign against such a biased media. It would seem self evident that when the media says they are in the tank for a candidate like Hillary Clinton, they ought to be violating FEC rules of some kind. Free adverts for their favored candidate.

And also, if the media is in the tank for Hillary and Trump has to spend more money to overcome that bias by buying more media from the very same outlet that broadcasts the bias, isn’t that racketeering. Think RICO.

Nice try, but no. It’s not the same as a poll tax, because the encouragement / discouragement is not being implemented by a “State Actor.”

A media company has the right, as a private entity, to speak as they wish. They are not restrained to be fair. It’s basically the right to a free press, owned by non-governmental entities, which have rights of free speech and free assembly.

And also, if the media is in the tank for Hillary and Trump has to spend more money to overcome that bias by buying more media from the very same outlet that broadcasts the bias, isn’t that racketeering. Think RICO.

Again, nice try, but no. The speech itself isn’t criminal, thus no “Racketeering in Criminal Organizations” charge can stick. You might be able to make a collusion claim, but even that isn’t going to be illegal by the speech/support in and of itself. There would have to be some OTHER illegal act.

So legal types, will Univision now be liable for all the lawsuits against Gawker? Sweet!

No. The liability is going to get left behind in the Bankruptcy. Univision isn’t buying Gawker itself, it’s just buying individual components of the business. Univision is not becoming a “successor” to Gawker, it’s just purchasing the assets and name rights of the pieces.

“If the media is discouraging voters from going to the voting booth by ignoring stories and then telling falsehoods, isn’t that the same thing as a poll tax?” No on your premise. No on your conclusion. You are not in a vain, you are in a stretch.

Gawker gets eighty-sixed but Jezebel survives? I only read things on/from Jezebel when they are highlighted elsewhere, so maybe I only see the worst. But it is pretty bad (or good) at assassinating the character of anybody who is publicly not fully on board with Jezebel’s view of feminism and “modern” relationships, etc. Maybe the Univision counsel doesn’t see it as high risk.

That’ an ambitious statement from Univision.
Their programming is mainly aimed at:
1- Mexicans
2- Abuelas
3- “The poorly educated” that don’t want to assimilate

There’s a lot of Hispanics that don’t fit in any those categories.