They claim he orchestrated the coup against the government. 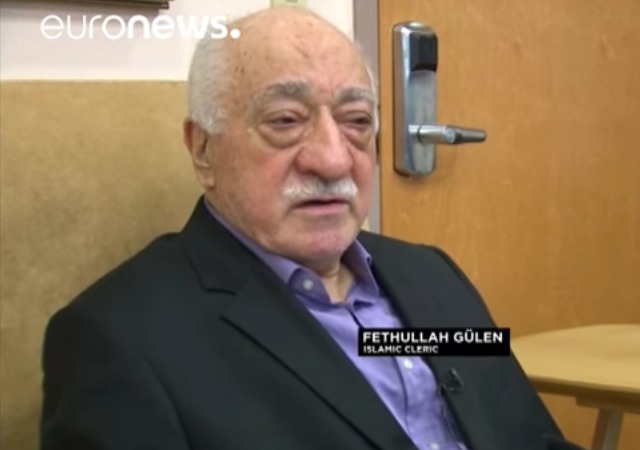 A Turkish court has officially issued an arrest warrant for Fehtullah Gülen, an Islamic scholar who resides in Pennsylvania, over the failed coup a few weeks ago. The government insists he and his followers coordinated it even though they have not given out concrete evidence.

Officials have sent extradition documents to the U.S. over Gülen at least twice.

The order for Mr. Gulen’s arrest is a step toward a formal extradition request to the United States, which Turkish officials say will be submitted following the conclusion of an investigation into the botched coup. Ankara has already sent a dossier of evidence to the White House that alleges Mr. Gulen plotted the coup. Mr. Gulen has denied those charges.

“They requested certain information following our first letter; we provided answers to the question ‘why is it urgent,”‘ Anadolu quoted Mr Bozdag telling reporters in parliament, adding Turkey had intelligence indicating Mr Gulen might leave for a third country.

“I hope that the United States decides in Turkey’s favor, in line with democracy and the rule of law, and returns this leader of a terror organization to Turkey,” he said.

The government has purged over 50,000 people and shut down 131 media outlets. They have detained over 25,000 people, violating their basic human rights. Over 300 people died during the coup attempt.

At first, the West expressed support for the Turkish government since they are NATO allies. However, relationships have cooled due to the purges and arrests.

Gülen was once an ally of President Recep Tayyip Erdoğan. But in 2013, then-Prime Minister Erdoğan accused Gülen and his followers of orchestrating a corruption inquiry against him.

Erdoğan has even said the West had a hand in the coup:

“The West is supporting terrorism and taking sides with coups,” Erdogan said, adding that forces unhappy with Turkey’s rise as a regional power were behind the coup.

“They have actors inside (Turkey) but the scenario of this coup was written abroad,” he said during a speech at an event for foreign investors in Ankara.

He took shots at the U.S. for allegedly hiding and protecting Gülen:

Speaking in Ankara during a high level meeting with international investors, “What kind of partners are we if you request documents when we ask for a terrorist?” Erdoğan asked the U.S. administration who has been asking for evidence to extradite Gülen.

Why don’t we just let the Russians have Turkey. They need access to the Med and we need to see how to deal with Mussies. Win-win!

Knowing what hillary did is Syria and Libya, who knows what they are doing in Turkey?

Erdogan is well on his way to achieve his, and Obama’s, goal of establishing the new modern Turkish Sultanate. Looks like Turkey’s military has become docile and now accepting the overthrow of Ataturk’s Secular Constitution.

While that’s a great pity, there’s always been a strong undercurrent of Islamic antipathy against non-Muslims, amongst the population, especially by the rural folks. That current was present in 1958-59, riots in Istanbul, with mixed behaviors out in the sticks; local beers and wines along with intolerance towards Christian acts or behaviors; chug-a-lug had real meaning then.