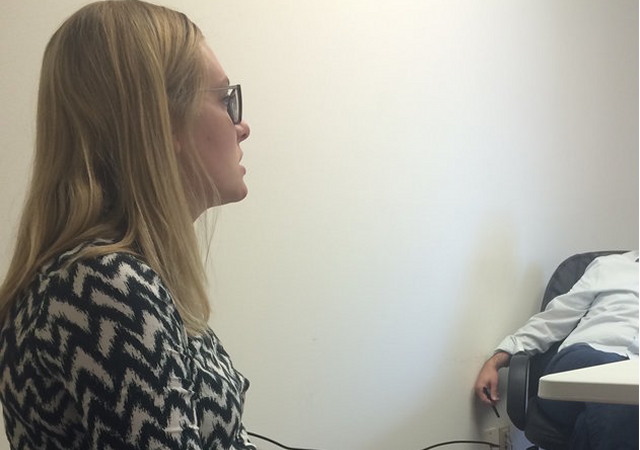 A young woman who is a Republican apparently tried to infiltrate the Russ Feingold campaign but she was sniffed out through profiling. Aren’t Democrats against that sort of thing?

Feingold campaign outs an infiltrator by profiling her

A young Republican attempted to infiltrate the Russ Feingold campaign but was quickly discovered. The reason she first raised suspicion, however, appeared to be due to profiling.

The Feingold campaign began suspecting that Allison “Moss” (real name Allison Maass) was not sincere in her attempt to volunteer for the former senator because, according to Huffington Post, she “was blonde and drove a big white pickup truck.”

So there are no blondes working for the Feingold campaign? And no one on the campaign drives a truck? Those are some strange suspicions, and one can imagine the outrage if Feingold’s opponent, incumbent Sen. Ron Johnson, caught an infiltrator by making assumptions about the way his supporters looked.

Of course, the Feingold campaign is using this for the favorite activity of all Democrats.

The Feingold campaign is using this otherwise mundane story (they’re trying to punch it up by comparing Maass to provocateur James O’Keefe) to fundraise. Maass had no connection to Campus Reform at the time of her ruse and has no connection to the Johnson campaign, yet the Feingold campaign claimed this incident proved Johnson and Republicans “are scared” and “desperate.”

When it comes to the profiling part, Schow is spot on. The Huffington Post report even credits profiling for the outing:

The Feingold sting apparently fell apart thanks to profiling on the part of the campaign. The would-be infiltrator was blonde and drove a big white pickup truck, which staff said was part of the tipoff.

The woman, who identified herself as Allison Moss, told Feingold staffers that she had been active in College Democrats at the University of Minnesota and wanted to get involved in the campaign. She also signed a nondisclosure agreement with the campaign under the same name.

So what have we learned from all of this? Profiling is OK as long as you’re profiling the right kind of people.

Glenn Reynolds of Instapundit had another take on Twitter:

The Democrats are neither for nor against profiling. Their principle is that the ends justify the means. Thus, they will profile or be opposed to profiling based on the end result. It is not that they have a double standard, it is that they have no standards, only objectives.

If only she had been driving a Prius.

Make a note for the next time. NO pick up trucks!!

If this young lady had a ‘fro and drove a beater with 24″ rims, she’d be all good.

No tats and no piercings. I’ll bet she showered this morning, and shampooed her hair. And that blonde hair is so dang straight. If it was in dreadlocks, that might have worked. Had she brought her big Black boyfriend, or the two out-of-wedlock mixed children, that would have worked. Did she bring her own phone, or a Bamaphone? See, profiling goes both ways.

Exactly. She doesn’t fit the profile the Democrats have of their own supporters. What does that say about their supporters? Nothing good, apparently, and the Dems know it. And that says little good about them.

Feingold is a dangerous socialist. He would be more than happy to have a socialist disaster in the United States of America. I moved to Texas.

When the violent mob was protesting, back in the winter of 2011*, Governor Walker and the Legislature reforming public sector unions, Feingold repeatedly said “It isn’t over until we say it is over.”

*As opposed to other times violent mobs have been protesting the Governor.

Makes me wonder if carefully placed Coexist and maybe Bernie stickers might have been sufficient camouflage.

Blondes are very uncommon in Wisconsin.