Police Charge Man With Murder of NYC Imam and Associate

Police Charge Man With Murder of NYC Imam and Associate

The gunmen killed the two men in broad daylight. 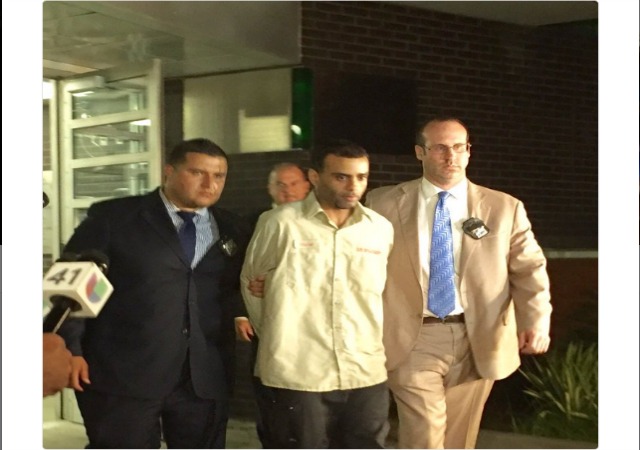 Police have charged Oscar Morel, 35, with the murder of Imam Maulama Akonjee, 55, and his associate Thara Uddin, 64. Fox News reports:

Oscar Morel, 35, was charged with two counts of second-degree murder and two counts of criminal possession of a weapon, police said. It wasn’t immediately clear if he had an attorney who could comment on the charges.

Boyce said police found the vehicle and monitored it until the person emerged about 10 p.m. Sunday. When detectives approached the car, Boyce said the man then rammed their car.

Boyce said the 36-year-old Hispanic male was there eight minutes prior to the shooting and that a motive has not yet been determined. A search warrant has been obtained for his home in East New York, Brooklyn.

They received a search warrant for his house where they found a revolver and “clothes similar to those being worn in a surveillance video that showed the gunman.”

Earlier the police do not believe the murderer targeted the men over their faith. They do not have a motive, but police said they “were trying to determine whether an earlier dispute at the mosque led to the shooting.”

From The New York Daily News:

Sources pointed to an ongoing feud between Muslims and Hispanics in the neighborhood, saying the shooting may have been payback after a group of Muslims allegedly attacked some Hispanics a few weeks earlier.

Cops have established is that at 1:50 p.m. Saturday, the assassin quickly approached Akonjee and Uddin and shot them both in the head at close range. The double killing came just moments after prayers concluded at the Al-Furqan Jame Mosque.

Akonjee had $1,000 on him, but the murderer did not take the money, which eliminates robbery as a motive.

Man, this really bums me out.

Wow, I guess Trump is doing better than we thought with the Hispanics.

It’s gang related, so he gets a business discount.

Cheap shot. In Texas they would probably find a tree.

That’s what I want to know. Why second degree? Sneaking up behind them to shoot them in the head sounds intentional to me. A man in Raleigh is charged with first-degree murder for shooting from his garage into a crowd outside his house.

The left will be fuming, going ape-shiitte, once again. The left’s most elusive of caricatured creatures – “The Gun-Toting Great White Christian GOP-voting Murderer, complete with pocket-sized Bible & Constitution stuffed into a back pocket of his bib overalls” – is again not found at the scene of the crime.

“Now you tell your boss, District Attorney Weiss, that the Great White Defendant is out there; just waiting to be found. But this Hispanic is not the one that’ll cause the voters to give the mayor’s seat to DA Weiss.”

[Paraphrased dialogue, Bonfire of the Vanities]

Don’t worry, he will soon become another “White-Hispanic.”

If that fails, they’ll just call him a Christian zealot and use that as a description.

Seems like right now the NYC tabloids are still digging for an Islamophobic motive. The same rag listed here – NYDN – also posted a more recent article with some effort devoted to questioning his family and neighbors about how he viewed Muslim’s and how the neighborhood in general viewed them. Etc., etc.

It ends by saying the police think there is a possible murder for hire motive. ???

But once it becomes clear the motive is NOT Islamophobia, I expect the media to turn back to the mosque and the local community to give us repeated stories and interviews about how scared they are and how there is so much hatred directed against them. Etc., etc. Even when it isn’t impacting a crime, it still becomes the lede for the media.

I really want to know what this alleged “feud between Muslims and Hispanics” is about. I mean, I know my people and we’re not exactly socially conservatives. If some crazy “sharia brigade” was trying to impose their values in the neighborhood or told a local señorita that they didn’t approve of her outfit that’s bound to escalate really quickly.

I wondered the same. It made me think of the Rotherham grooming case in the UK.

There likely is no feud at all. The press is trying to drum something up, and nothing more.

Clearly some rage issues but in this case there is an upside to the story, as in who got clipped.

the guy just walks up behind 2 men and gives them a round each in the head?
does that sound like a rookie shooter?

Do you need practice or honed skills to do that?

Yes, you. Try it some time, just using your finger as the gun, and yell “bang!”

It’s not the first shot, but the second shot to the next guy that is so challenging. Just ask any Mafioso.

He’s just doing a job that Americans won’t do.

From that single picture, if they weren’t telling me he is hispanic, I would say he looks more middle eastern.